5 Signs You're Dealing With a Recruiter That Cares 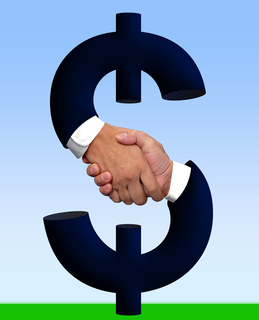 If you’re a sceptic of recruitment agencies, chances are it is due to a bad experience where you’ve been shown a complete lack of integrity and candidate care.

The recruiter probably expressed little interest about your individual requirements and deemed that your CV had enough keywords in it to send it over to their client. Unfortunately there are many of these agencies who follow similar principles, giving the recruitment industry a bad name.

However, if you turn to agencies that specialise in your industry and who genuinely care about their candidates, then your experience will be a whole lot different (read our post on the benefits of using a recruitment agency).

But what are the tell-tale signs that the agency (and their recruiters) will offer you a complete service full of value? Here are 5 signs to look out for:

Does the Recruiter Take an Interest in your Specific Situation and Requirements?

First and foremost, it is essential that you are represented by a recruiter who genuinely takes an interest in your preferences and then goes out of their way to accommodate those needs to the best of their ability. The recruiter will understand what their role in the relationship is and will look to ensure you are happy at all stages of the recruitment process. Also, they should always request permission to represent you – as they will not submit your profile to their client without your prior written consent (we request this via email).

How Well Do They Understand Your Requirements, Your Specific Skills and the Job Market?

A good tell-tale sign is to get the recruiter into a conversation about the market and your specific area of specialism to see how well they understand your skills and needs. If they are clued up, then they will understand what you are looking for and will be able to highlight to the client exactly how you suffice their requirements. They will only match you to roles that are actually a good fit for you and you’ll be a lot more likely to land the role as a result. Another point to look out for – if they aren’t completely sure of something, are they honest about it and ask you for information…?

How Much Do They Know About The Company / Job Role?

A good recruiter doesn’t just know the job of interest; they know how and why the job is open. They will be able to tell you the exact reasons that their client have chosen to source a candidate for the specific role and how that job will lead towards them achieving their goals. They can share their understanding of the company culture and can explain to you how your skills and expertise, when applied to the role, fit what the client is looking for. This will improve your ability to gauge if you are interested in the role or not and could potentially save you a lot of time and effort.

Does The Recruiter Communicate With You at all Stages of the Recruitment Process?

An agency that genuinely cares will go out of their way to ensure you are well informed of progress or hold ups. There is nothing worse than waiting for a response when all you want is an update, regardless of the outcome. They will call you when they say they will, even if they haven’t got any news; instead explaining the cause of delay.

Do They Assist You with Interview Preparation?

Good recruiters have solid networks and have a good working relationship with the hiring managers of their clients. This greatly adds value as you will be supplied with information on the people who will be conducting your interview. For example, their background, what they personally look for in a potential hire and typical questions that they ask. A good recruiter will give you an opportunity to prepare yourself for the interview in a way that is not possible without their aid.

What do you think? What do you consider to be the signs of a good recruitment consultant / agency? Drop us a comment at the bottom of the page

Thanks, Domenic. While we all should be treated politely and professionally, isn't it more important that the recruiter GETS YOU A JOB than how they treat you in the process of doing so?

And the cement that holds all this together is whether or not the candidate who is [we think] 'cared for' properly is still on that job a year or more later.

Your message is generic, though. With exception, everyone and their mother claims they spend the requisite time managing their candidates through the placement process and in fact, the harder they push this message, the more it becomes clear this becomes their value-added.

Using a 'caring' and knowledgeable approach becomes the competitive edge, they claim.

Except that most everyone does the same thing- we endeavor to know our industry, have a thorough understanding of the Job Order/Client/Culture and the field from which our candidate is coming.

Everyone here is the same-same; each recruiter claiming to do the same thing better or as well as the best.

So you are restating the facts that are, generally, reasonably well-known within the candidate pool, especially those pools where calls from recruiters is as common as coffee breaks. They have a common buzz about which recruiters seem to know their stuff. We all know that. You are saying what we all know- that we all want to be at the top of that buzz.

So what is my point? Ah, I thought you'd never ask.

And this is for candidates, not recruiters.

(By the way, Dominic, I am curious- you are asking candidates what they think but this is a forum for recruiters, yes?)

Where, here, is your candidate audience?

Following my post here will be a number of recruitment firms and agencies who are all going to be piping up, "oh, yes! we do all that and more!" but where will the candidate response come from since, as I understand it, this is a forum for recruiters?

I'm thinking your blog is a cheerleading theme rather than a targeted message to the candidate pool. [No one {excluding recruiters/HR pro's} comes here looking for a job, do they?]

Candidates! (Wherever you are because I don't believe you are here)

Please know that from my own experience I have seen recruiters from whom I would not buy the time of day do actual and reasonable recruitment work.

But they have a knack of knowing how to put candidates and clients together, whether each half of that puzzle likes it or not.

I approached a hospital to do some of my usual Ancillary Services recruiting and was told she had a recruiter, already.

'No problem', I say,' I am better, I know my stuff, I used to be in health care and speaka de' language/know the culture and have an enormous pool of candidates from which I can draw since I specialize in this arena.' I mention a few hospitals and throw in a few Director names as icing. (The Directors all know each other)

"Well, Paul", she replies, "I've heard your name but I've got someone who is doing some very fine work for us and frankly, I don't much care for him but he does an excellent job for us."

Hmmm. So I ask and she tells me he comes off all wrong, is just this side of rude and is a bit clumsy. Plus he doesn't know the industry. (He Doesn't Know the HealthCare Industry!!)

"But he always has the 'just right' candidates for us....so as much as I don't like dealing with him, we've hired from him on several occasions and will continue to do as long as he performs."

Reaching for straws in this bizarre conversation, I ask if everyone he refers is still on the job, thinking this is where the [Michelin] rubber hits the road but I am informed, as she seems to turn toward them while holding the phone to her ear, 'they are all here', she says, proudly.

Oh, well. I keep it polite, say 'thanks' and suggest limply I'll stay in touch from time to time, privately hoping one of our Southern California earthquakes takes this bizarro to his well-deserved doom in the near-term.

Hanging up and thinking how unfair life is I remember that spazz two desks over where I first started as a contingency recruiter who was making placements regularly after only about forty-five days on the job, that woman across the room who talked low into the phone, like a mouse and looked like she was gossiping and that old timer there who had a bad habit of laughing at his own stupid jokes while ramming them down the clients' throats- all producing fees regularly.

So, candidates, as much as I am in agreement with Dominic here, it is equally important to watch out for certain key parts of the conversation and worry less about others:

1.  Is the job with a relevant company to your industry?

2.  Do the job specifications sound about right and if not, will there be an opportunity for someone on the client side to recognize how the interview can transition from one job description to another as the interview evolves?

3.  Will the candidate be interviewing with an actual HA or an underling with less than perfect industry knowledge and who also won't be able to make a final decision, necessitating the need for a return interview?

If everything on the client side sounds credible, there is often enough to justify going on the interview regardless of how the recruiter comes off.

After all, if the job sticks and even better, it can be anticipated the company has the depth and breadth necessary to provide progression, the recruiter can be considered a 'use once and throw away' lever in order to take advantage of the job opportunity at the right company. [Sorry, Matt, I the devil made me do it!]

So candidates -wherever you are- don't overlook the possibilities the recruiter brings just because s/he doesn't sound as if s/he actually cares about you as a person.

Warm and fuzzy may not matter if the job is with GE or Honeywell.

You also know that you are dealing with a recruiter that cares if they correct the punctuation of your headline to be "you're" instead of "your", but only in your case.

Thanks, Domenic. I think you started to hit on the answer with your picture: 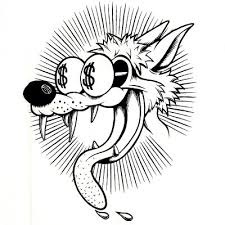 when they see you, I think you can safely say they care

You have to deliver.  If you don't deliver, you're just like all the others.