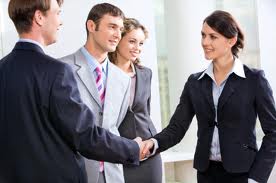 This, folks, is what gives networking a bad name, whether you're networking at a job seeking event or business group. Something as important as developing a relationship should not be made unpleasant from point of contact. I was invited as a guest and, being the introvert I am, was already tense. This is the way organized network should go.

On my way back to the office I stopped by the neighborhood Panera Bread, where I ran into a contact who runs a business networking group in the local area. The meeting was easy and refreshing and reminded me of what networking is all about—great conversation with the suitableness of networking in the background yet ever present. The timing was just right.