Are Recruiters Biased Against Introverts? 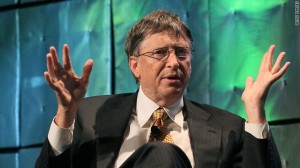 This article really could be entitled “an ode to introverts”, because I am going to take their side!

I recently took note of an article entitled 5 Myths About Introversion, by Lisa Petrilli (author of several books on the topic). Lisa has also written for the Harvard Business Review.

As a recruiter, I’ve often been struck by how all my clients want someone who is “outgoing, open, personable, etc.” – all the traits that are characteristic of extroverts.

Extroverts are in the majority.  Depending on what authority you use, the percentage of extroverts in the general population is 60-75%.  So, if everyone wants an extrovert in a leadership role, do the introverts have to settle for limited growth in their career?

I am an extrovert, and my wife is an introvert.  I derive energy from groups of people, and she does not.  She feels more comfortable and “recharged” in solo or one-on-one situations.  Want to know what she does for her career?  She is the Associated Dean of a University.  She comes in contact with large numbers of people regularly.  Her frequent meetings involve 12-25 people.  When she teaches, her classroom typically has 60 students, but she has spoken before hundreds, including commencement.  How, as an introvert, does she handle this?

As Petrilli points out, there are several myths (misconceptions) about introverts:

They are not necessarily shy – extroverts can actually exhibit as much shyness.

They are not socially inept – they can be quite successful in social interaction, and are often well-liked.

They do not lack communication skills.  Introverts can be very articulate and engaging.

They don’t have to “overcome” their introversion (it isn’t a character flaw), but they often work hard to do so.  I find that the extroverts I interview as job candidates take for granted their ability to engage with others, and therefore might not tune in to the reaction of the other people. Whereas, the introvert is keenly aware of the interaction, and usually working harder to make it successful.

On the job, introverts sometimes need to warm up to people, but once they are used to the crowd they’re in, they can be fully effective.  Extroverts expect to be fully accepted by others, and may have less social awareness.

I believe that recruiters are inherently biased against introverts, and maybe without justification.  The Myers-Briggs Type analysis points out that the real key difference is where a person derives energy – from groups of people, or from solo or one-on-one interactions.  How we derive our energy is not a predictor of all forms of our behavior, because there are so many other motivators at play.

A good way to remove our prejudices against introverts is to ask for success stories, from both the candidate and the references, on how they do in key behavioral areas: team building, motivation, presentations to superiors and customers, conflict resolution, etc.  I think most recruiters would be surprised at how effective introverts can be in “people” areas!

Of course some recruiters are biased against introverts based on the myths you shared here.  And many recruiters tend to embrace the biases their clients/employers espouse, or they don't get paid.

If a client or employer suggests a selection bias that is illegal or goofy, I'll warn them of the implications and recommend the best qualified candidates I can attract.

BTW I consider myself an introvert.

Comment by Mark Bregman on March 5, 2012 at 6:05pm
You are right - we have to do what our clients demand. I'm learning that one of our jobs is to educate on possibilities!

I feel introverts being what they are, do not get noticed until they are really deeper into the situation. Certain jobs require one to be more sociable while jobs like research, back office, support functions, operations, faculty do not require extrovert behavior. I cannot imagine a 'Sales Head'  being an introvert and not flamboyant. While in contrast, one on one interactions and leadership roles thereof or teaching jobs requires empathy more than communication

Good article Mark! I am somewhat of an introvert myself. I recruit primarily for engineers and engineering managers. A large # of my candidates are introverts and that is OK..I identify with your wife and I also interact with a large # of people daily and occasionally do public speaking. My first recruiting industry boss encouraged me by saying "its not how much of an extrovert that makes Recruiters successful, but things like discipline and being able to deal with rejection and overcoming objections...I believe this holds true in most occupations - work to be successful no matter whether you are an "I" or "E" on Myers-Briggs assessment.

I recruit for a lot of engineering positions AND sales positions. When the 2 meet, it can be a challenge as many in the engineering field are not interested in or adept at sales (and vice-versa). But the rare cross-talent ones are out there. So I don't look away from introverts, many of the clients I work with on engineering positions have no issue if the person has some of these "mythical" traits in your post. If the part calls for the ability to use skills that might not be in the makeup of what many perceive as introverted personalities, then I have to look for those that have those skills.

@Raman - some of the best "Sales Heads" I have worked with, managed, and known are definitely more on the introverted side (and not flamboyant) - including myself!

This is an interesting topic and story line. I have just a couple of points to add. First, the theory/research behind the Myers-Briggs instrument is very explicit about the fact that one's MBTI type is NOT a predictor of ability, skill, success on the job. Second, in utilizing the Step II version (Form Q) of the MBTI we are able to see that each of us to varying degrees can be out of alignment with our overall type with regard to the 5 sub-facets for each primary letter. For example, I have a high degree of clarity regarding my preference for Introversion; however, I am strongly out of alignment with many other "I's" when it comes to being gregarious rather than quiet/reserved. I think the lesson is to be very careful about making assumptions whether it be based upon observed behavior and/or MBTI type. Both Introverts and Extraverts (and, in fact, all 16 personality types for that matter) have many strengths that they are able to bring to any job situation so great care should be taken not to give undue weight to those results when recruiting and hiring.

Both Introverts and Extraverts (and, in fact, all 16 personality types for that matter) have many strengths that they are able to bring to any job situation so great care should be taken not to give undue weight to those results when recruiting and hiring.> There are many organizations that use personality type assessments to make hiring decisions. From anecdotal / practical experience, they seem useful (possibly) only as a point to consider during the interview process. If the results of a given assessment do not come back within certain guidelines, many organizations will not move forward. Period. Talk about undue weight.......

Comment by Mark Bregman on March 16, 2012 at 5:19pm
Personality assessments, especially the MBTI, are being used too often (IMHO) to rule in/ rule out. At best these and other profiles like 16PF, Big 5, etc. Should only be used for insight, and best used to help better relate to and manage the new hire. BTW, I have anMAin Psych, so I've really looked closely at the value of testing. Mostly it is overly relied on, in lieu of better interviewing!

Just wanted to say that I thought this was such a great post; so much in fact that I added it to our company newsletter as something that caught our eye over the past month :)

Looking forward to reading more of your posts!