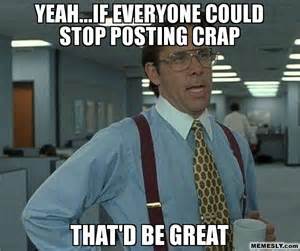 I shared two very different articles on Facebook this week. One was about a female engineer at Twitter, who felt she’d been passed over for promotion in part due to her gender. She ultimately resigned and now there’s a lawsuit. Now I’m not in IT but I’ve recruited in it a bit and there are two things I know for sure – female engineers are hard to find AND many of them do struggle with a boys’ club mentality. As a woman and mother of daughters, I’m super proud of the hard work many are doing towards improving this, but that’s a post for another time.

Then there’s this guy. College student and “Pure Rebel at Life” wore a naughty shirt on the plane. Personally, I don’t think this is a big deal. As much as it makes me uncomfortable knowing my little kids might read said shirt, I’m willing to admit they’re far more likely to hear an F-bomb fall out of momma’s mouth (followed by lots and lots of apologies and “don’t repeat that”). Best I can tell someone DID complain, resulting in a Southwest Airlines asking our rebel friend if he could handle it by taking off the shirt, covering it up, something. He could not, in fact, handle it. Because first amendment rights, yo.

Is this REALLY a battle worth fighting?

I mean, here I sit… just having read Heather Bussing’s most EXCELLENT post on online shaming and I’m not even 100% sure I should keep writing… But maybe just maybe it keeps one kid from uploading something dumb on the internet… oh what the heck let’s get to it.

This was dumb. This was a dumb move by a kid who was feeling a little cocky fresh off a SXSW high. Thought he had a clever new shirt and wanted to show off a little. And then when the “grownups” tried to ruin his fun? NO SIR – he’s armed with video technology and he knows how to use it. Enter the poor hapless recruiter six months later who just wants to hire someone, ends up googling potential candidates, and finds this shitstorm. (Yes, I said shitstorm. Assuming my audience is all over 18 – so don’t let your kids read it.) What’s a recruiter to do?

(Full disclosure – I do not – I repeat DO NOT google or even bing my candidates. But I know many recruiters who do, especially smaller companies. Pay attention, job seekers)

My immediate gut reaction is that this kid is one who bucks authority. He’s going to question everything, including silly rules about “attending meetings” or “showing up on time”. I mean he’s got RIGHTS ya know… He might say there’s a disconnect between him and his boss, maybe wax poetic about “cultural and generational gaps” and whatnot. Ok, ok... in all seriousness – would he REALLY do these things? Probably not. I have absolutely no reason to think this kid is anything but a superstar, and assuming I ever saw his resume, would (I hope) find him wildly qualified and be thrilled to talk to him. Unless I worked for a company where googling companies was the norm. Then? Ugh.

So let's say this fella winds up in the inbox of a recruiter for one of these fine companies… The ones where recruiters and maybe even HR dig deep into your online profile. Was it ultimately worth it? My first thought for the Twitter engineer was “holy shit how is this affecting her career?” in an empathetic way. I wondered if I could help, if she even NEEDS help, but yeah - as an aggressive woman? I get it. I read the article about the shirt, and just shake my head. Wonder if I shouldn’t forward to my older kids as a cautionary tale. Who knows, maybe he’ll feel zero impact – heck maybe it’ll LAND him a job! Notoriety and all. And before you start thinking I'm just not empathetic to his plight - I would totally rock a shirt like that. If asked to turn it inside out or cover it up though, I would most definitely oblige. Now this kid is on buzzfeed and so far everyone I've asked thinks he's a total loser. Is it worth it? All over a f%@&ing shirt. Literally.

Welcome back. This kick ass post reminds me that I'd go to war with you any day (I'll let you choose the battle).

thanks Terry posts like this I can churn out in 10 minutes after a few glasses of wine... leave it to my readers to determine if that's a positive or negative LOL

Comment by Derdiver on March 25, 2015 at 6:03pm
It's as though the skies have opened and the sun is shining again! Amy is back! Per usual a total kick ass blog sis!

Great post!  I am glad you said you don't google your candidates. I don't either and it's never come back and bitten me.  On a side note, when I was in my early 20's, my boss was going on vacation for two whole weeks. Before he left, he pulled me into his office and said to me, 'Be careful with your interactions with Betty over the next two weeks.  You know she pushes your buttons and I won't be here to run interference for you.  It's time you learn to pick your battles'.  Fantastic advice, not just for that 20 something young girl I used to be, but for everyone, at every stage in their life.  Pick your battles.

Back to your post, however, why does everyone throw up 'freedom of speech' when they do or say something stupid?  Accountability and responsibility, people!  You said it, now OWN it!  Don't blame your stupidity on the crutch of 'freedom of speech'.  Own it.

thanks Linda and absolutely! my 20 yr old put it best - on Facebook she commented "Regardless, freedom of speech is in the Bill of Rights, it's meant to protect you from the government. Corporate employees and individuals can tell you to shut the fuck up and withhold privileges due to your speech whenever they want."

Late to the t-shirt party - here's why I do search the net for candidates: I simply want to find out something about them that when deftly placed in an interview tells them that I care enough about them as a person, not just a job title tied to a potential opening.

And for another reason that few in our profession want to discuss: The address biases in hiring.

Just because some recruiters won't research candidates doesn't mean other won't - ahem, hiring managers, people in the group, etc. I want to be informed so I can address potential issues - because sure as shit, they'll come a-knocking. Frankly, if a potential employee just happens to belong to or sympathize with NAMBLA, the KKK, or some ISIS-like terrorist organization, it IS up to us to bring it up and ask how an affiliation might impact work performance once others find out. Oh, and they will find out.

You may not like having this type of conversation but you have to cover your ass - I mean, who else will?