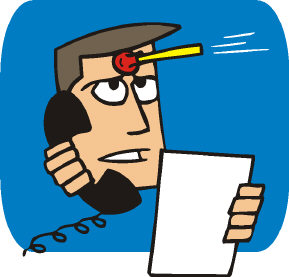 Do you remember the Atari game, Pitfall? Great game. The main character, Pitfall Harry, was constantly having to grab jungle vines, cling and swing for dear life to avoid quicksand, crocodiles, and tar pits.
As anyone who does much of their work from home can attest, telecommuting can have plenty of it's own pitfalls. From family interruptions to poor time management, the modern remote worker has to be wary of the quicksand and tar pits at their own home.

The current economy, combined with advancing technology and increased respect for balance in work and home life, have led to vast increases in remote workers. According to a survey recently released by WorldatWork, a global HR association, 42 percent of U.S. companies now say they have a telework program, up from 30 percent in 2007. In Canada, the percentage jumped from 25 percent to 40 percent.

Comment by aullman on October 11, 2008 at 6:07pm
Many home telecommuting pitfalls can be addressed by working from a remote office rather than from your own home. Remote Offices provide both structure and infrastructure so that workers can be as productive as they are in a centralized office, but all from a location that is near where you live (so you can skip the long daily commute into the city).

Remote Offices are fairly new, but can be found in many cities by searching the internet for "Remote Office Centers" in quotes, or by doing to a free web site that lists ROCs: