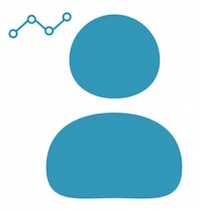 One of the most sought after skill sets these days is the Data Scientist. Commanding high salaries and high fees, these candidates are worth their weight in gold, but a huge proportion of them are currently being missed.

Each of the hundred odd Analytics-focused Recruiters we’ve worked with tend to start their Data Scientist Boolean search with:

A logical way of searching, but it misses a significant proportion of candidates who represent the same title differently – “Data Analytics Scientist”, “Scientist - Data”, “Principal Scientist”, “Lead Scientist” and countless other variations.

By searching just for Scientist, along with relevant keywords such as Hadoop, Python etc. that ensure you find Data Scientists rather than other types of Scientists, you’ll dramatically widen your pool of candidates.

As ever, this won’t just find you more candidates, but it will find you candidates who are being contacted less often and so are more likely to respond to your attempts to engage with them, increasing InMail and email response rates.

Here’s an example of how we found an extra 50,000 candidates worldwide with this technique, at the same time excluding anyone who calls themselves a Data Scientist, so as to only bring up people we might otherwise have missed. As you can see, without even adding many data related keywords, we've brought up an extra 50,000 candidates worldwide. Not bad for a quick tweak of a search!