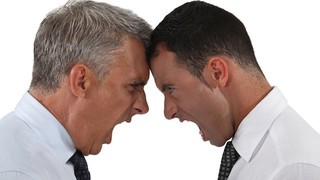 There were once two managers who worked at a company together. Both were experiencing challenges with meeting their goals. They decided to hold a meeting to discuss on-going issues. One was a talent acquisition manager and the other was a unit head of a large software division. There was a lack of understanding on both sides and each blamed the other for failure. The talent acquisition manager couldn’t hire the people that the unit head wanted because the salaries that the company structure had were 30%-50% below market and company benefits were sub-par compared with competitors’ offerings. This resulted in the talent acquisition manager’s team only being able to provide a few candidates or candidates who didn’t fit the job description at 75%. The unit head had his own challenges such as the need to staff extremely large projects while being able to stay within the profit margin guidelines.

Processes were not broken, but respect was and the appreciation that both managers were trying to meet the same goals for the betterment of the organization.  Neither understood each other’s challenges completely and both were more willing to blame the other than work together on a solution. The sales team had sold projects at extremely cheap rates which made it a challenge for the unit head to meet margins. They didn’t consult the talent acquisition team or the unit head on the billing rates for niche skills.

Very little could be done with projects that were already bid on and won. The unit head’s team ended up hiring subcontractors to work on these large deals, which resulted in lower margins and the inability to create a permanent team. Very few of the subcontractors wanted to join the company as full time employees because of the salary and benefits. This resulted in a never-ending circle of dealing with the same problem again and again.

The solution wasn’t simple but required the teams to work together and earn each other’s trust.  Mutual respect had to be restored. The solution was for the sales team to work together with the unit head and talent acquisition team to create proposals and bids that would work well for the company. The sales team was bidding the lowest price to win projects that would be extremely difficult to fill with the margin expectation. The talent acquisition team brought market data and analysis to every meeting with the sales team and unit head. They presented the data in reports that both teams would be able to understand and clearly articulate the appropriate billing rates.  The unit head and sales team changed their view on the talent acquisition team. They began to see the team as consulting partners with the common goal of making the organization more successful.

Buy in was created when new ideas and inclusion of multi-function teams was allowed in the process of bidding on new projects. The teams would rely on each other for support rather than blame each other for failure. A sense of responsibility and respect was created on both sides when the teams worked together. The results were great for the organization and profitability went up along with productivity.  The moral of the story is that if managers and teams find ways to contribute outside of their day to day jobs and act as consulting partners, organizations are more likely to be successful.