Hiring at Rockstart—The benefits of having a good hiring process 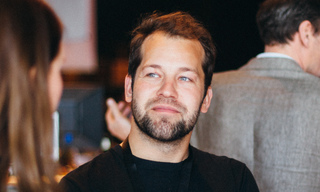 Dubbed as “World’s Greatest Startup Machine,” Rockstart is home to more than 78 startups joining its accelerator program. After receiving 1000-day mentorship and funding at Rockstart, many of its alumni have kept rocking their records. Among those are big names like 3D Hubs and Peerby.

Rockstart also offers office space, plus a dynamic network of mentors, investors, and peers, to fast-growing companies. This melting pot of energy lured us to the space at the center of Amsterdam. We became a tenant at Rockstart right before Recruitee launched. Since then, we have been receiving incredible support and feedback from Rockstart as well as their roster of amazing startups.

“Companies are compositions of people. It’s all about getting the right people. So we want to add that element to what we do. That’s one of the most important parts to get right in order to become successful as a startup.” – Rune Theill, co-founder and CEO at Rockstart.

One problem echoes a whole lot in our conversations with all startups is hiring. In order to survive and scale, startups need to hire competent team members consistently. It’s much trickier than it sounds. We’re talking about a team of two, three, or five members. That means every person a startup hires next would add one-third, one-fourth, one-sixth to the growth of the whole team. That’s a lot of space to either go right or go home. No one wants to get the first hires wrong. Investing in a good process helps lower the risk of hiring the wrong person.

The need for a structure

However, when they needed to scale, startups just went around asking: “We need someone right now. How do we find them? Do you know anyone?”

Rune Theill, co-founder and CEO at Rockstart, would suggest them to post their job openings on AngelList at that time. “It’s an American platform and there are American candidates looking for jobs. But since most of our companies are European, we realized that there were no good platforms for connecting talent with our startups. And look at the amount of openings there were: more than 300 at some point! All these 78 companies had more than 300 positions open, and many spent six to eight weeks finding the right persons!”

At this point, asking around seemed to yield more results than “post and pray.” Floran van der Harst, HR & Finance at Rockstart, often had someone in mind for the startups. Being a recruiter within Rockstart, Floran got many talent knocking on her door. There were always candidates Floran was very impressed with but couldn’t hire. She tried to keep them in mind for startups in need. But it quickly became too much. “It was not really something scalable and structured. That’s why I was looking for a system to share this kind of information with our startups,” Floran told us.

Rockstart’s search for a solution led it back to Recruitee, the hiring platform Rockstart is using to expand its own team. Before that, Rockstart used Podio to organize its internal hiring, but the process didn’t work out. “Recruitee gives us way more flexibility to create custom application forms and store candidates in an organized database,” Rockstart team told us. So Don Ritzen, Rockstart’s co-founder, approached Perry Oostdam, Recruitee’s co-founder and CEO, to set up the deal for the startups in the accelerator.

“It turns out to be successful. It’s a good setup,” Rune smiled. The collaboration is called Talent Pool. For candidates, it functions as a job board plus pre-screening and applying system. For startups, it functions as an applicant tracking system (ATS) with a simple and efficient workflow. Candidates can apply for the positions they’re interested in within a few clicks. Their information will get imported and organized neatly and efficiently within Recruitee’s ATS for all startups to review and select from.

Within Rockstart itself, the team is continuing using Recruitee every day and is so happy with it. Rune shared his typical hiring process: “What we normally do is that we write the job opening in Google Doc. We make sure that everyone has input and gets to look at it. Then we put it on Recruitee and the moment it’s there, we give the internal employees an opportunity to look at it one more time. Then we put it online.

What I like about Recruitee is that it’s very easy. The flow is very nice with the drag and drop style that we’re used to with Trello. If it’s a position that I have to interview for, I’d like to clean the pipeline up every two days. So I always have an overview of how many good candidates we have, instead of waiting until the end of the process and realized that there are no good candidates. Taking one candidate from one stage to another is simple. I spend 30 seconds to 10 minutes per candidate.

When it comes to internship, we give them an exercise within the field and they have to complete it within a week. Then we look at the result and decide if we want to proceed. When it comes to more senior positions, we have HR recruitment firms to do the assessment. In most cases, we conduct assessments after the second interview.”

Closing candidates nowadays is as hard as attracting good ones. There is a timeline Rune wants to keep in mind for the whole hiring process.

“The goal is two weeks. Within the last eight candidates, we managed that with two. The rest we didn’t manage to get them on the timeline. But the goal is two. Otherwise they lose interest.”

To manage such tight timeline, Rune prioritizes good process above all. “I think if you don’t have a good process from writing the job opening to putting it online, to getting applications, to interviewing, to doing the hiring, everything that would step in there would be weakened and would not give you the optimal outcome.

You should set up the process early on and optimize the process as you go. Because at the beginning, it’s very coincidental with new hires. You might be very optimistic: Somebody comes to you and you hire them. But it’s something you have to become good at.

As a founder, one of your core roles is to hire good people and attract good people. You just need expertise when it’s there, which means you need to practice. Practice to do it right from day one, and not doing it like so and so until you suddenly have to scale when you get the money and that changes the whole setup. I wished we would have done that better and more professionally.

Thanks Rune and Floran for sharing their hiring experience with us!

Would you like to learn more about Rockstart and their open positions? Check these out:

Hagi Trinh is an avid recruitment writer at Recruitee. The team is working on the greatest hiring platform of all time. You can sign up at recruitee.com to try it out and follow us on Twitter @recruiteeHR.