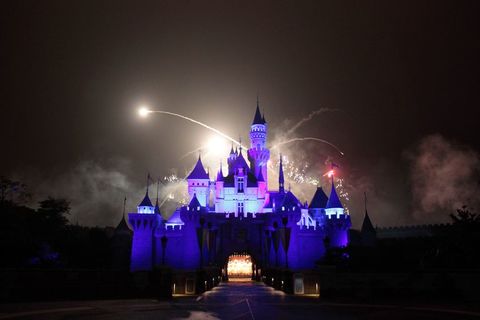 This week I took my youngest daughter to see Disney's latest, "Saving Mr. Banks."  Truth be told, she wanted to see it far more than I did; I didn't expect to glean much from it at all.  I'm pleased to report I was wrong.  You might not think that a movie about the making of another movie, Mary Poppins, would have any relevance to recruiting.  I don't blame you.  But there was a line by Tom Hanks that snapped something that's been bothering me about recruitment, and the "social scene" in general, for a couple of years now into sharp relief:

"That's what we storytellers do:  We restore order with imagination." ~Walt Disney, Saving Mr. Banks

Specifically, he was talking about adding "color" in the form of animation to a story... making it more fun. More interesting. Finding value from an experience and sharing it with others. That is something of an art, I suppose; but it's one we could stand to put more of a concerted effort into learning.  Industry-wide, our job advertisements are lacking; they're often rarely more than external-facing job descriptions. Those who've put more effort into being "different' often miss the mark and land on overblown homages to their organizational egos:  "See why we're so awesome to work for.." tributes or cool visuals, yet light on the "meat that matters" to the audience.  Harsh? Yes.  But no less true.

While I'm not saying that our focus on technology, making our respective online presences mobile-minded, and ensuring we have compliant job descriptions, etc. isn't important.  It is.  But it isn't where the 'soul' of recruiting is found:  that's in the "story" we tell.  Just as every company has a story, so does every division, team, and role within it.  When I started recruiting years ago, my boss gave me a really important tip:  "Getting a job description out there isn't what 'catches' the candidates you want. Sharing the impact that job has to both the organization and candidate is what will make the difference between success and failure in recruiting."

He's right. Every role has a value to the organization or we wouldn't be trying to fill it.  But we don't really talk in terms of value, we advertise and discuss "responsibilities" and "requirements."  Which, unless you're hiring for entry-level roles (which at times we do), smacks of overkill.  Here's the current, general blueprint for job advertisements:

Across the board, bullets 2, 3, and 4 have a lot of redundancy.  Eliminate it.  If you say the same thing twice, then your ad isn't ready for publishing.  This isn't your legal job description; don't be afraid to make edits - because it is your first impression.  You want it to look good.

I looked at over 200 companies in preparation for this article and I couldn't find a single company doing it right. Of all the openings I looked at, Facebook probably came the closest. We're not telling "stories" sharing the importance, value and difference the roles make to the organization.  We often create confusion with our external job descriptions/job advertisements in our attempt to "restore order" to the organization by filling employment voids because we don't explain why they're there. Our ads and descriptions are way too busy and oh-so-boring.  We can do better.  And in the new year?  We should endeavor to.

Tell your story, but tap into their need - that's where attraction comes in.  Remember that it's not just about sharing your "bright and shiny" but demonstrating you understand why your candidate(s) crave it.  Fill their void.  Our greatest offense with job ads and descriptions is that they're all about us - our company's needs.  Flip the script and share what you need from their point-of-view.  How much does that change your ad?  My guess would be:  quite a lot.

Sadly I did not have near as many takeaways from 'Frozen'. Although I will add my kids loved it. Nice post Crystal and thanks for sharing. I completely agree with the points raised. Attraction is clearly not a one way street, and the more recruiters understand this and' convey the 'bright and shiny' by touching on what candidates desire - all the better. For all parties involved.

Thanks, Tim; I appreciate it.  I heard "Frozen" was a pretty good film, but my girls don't want to go see it (teenagers!)!. Yes, I do think it's going to be important for recruiters to be more in touch with candidate needs/desires as opposed to the inherent focus on their own organizational needs. Those that have find their needs are actually met a bit faster - because more candidates express interest and hiring managers get to see a better slate of enthusiastic, passionate candidates.

Thanks, Crystal. Somebody (not me) came up with what I thought was a very good idea: When possible, after we recruiters pat the JDs into shape with all they need ro contain, we forward 'em over to the professional wordsmiths in Marketing to make 'em exciting and attractive.Think: EXTREME MAKEOVER: JOB DESCRIPTION".