How to master the art of networking 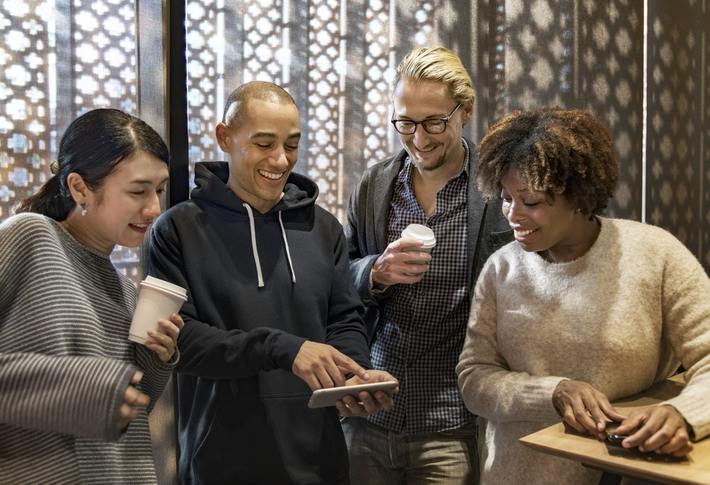 There are many reasons why you need networking in order to improve your professional efforts. First of all, it helps you attract investors and partners, thus securing all that you need to launch your business. Second, it makes working with others much easier, regardless of whether we’re talking about your staff or companies that you’re outsourcing to. It could even help you get a better deal from your suppliers. Most importantly, networking is a great long-term investment and it’s something that you need to start thinking about in time. Nonetheless, the usefulness of networking greatly depends on how good you are at it. With that in mind, here are several tips on how to master the art of networking.

The first thing you need to hear when it comes to the art of networking is the fact that the first impression starts long before you engage in a conversation with a person. As soon as you meet someone, you start making presumptions based on their actions, behavior, physical appearance and apparel. Sure, to some, this may sound shallow or even superficial, yet, it’s this is something that people do subconsciously, even involuntarily.

So, what’s the first piece of advice when meeting someone new? Act like you’re really pleased to make their acquaintance. As Robert Brault said: “Charisma is not just saying hello. It's dropping what you're doing to say hello”. It’s important that the person you’re just meeting can feel this. While there are many ways to demonstrate this, the simplest and the most effective method is to just approach them with a genuine smile on your face.

Now, it’s also important that we mention that friendly may sometimes be interpreted as flirty. It’s crucial that you learn the difference between friendly and a little too friendly as soon as possible. The next thing you need to understand is the fact that the people you meet don’t really want to talk about what you care about but about what they care about. So, how do you determine what it is that interests them so much? It’s simple – you listen! Focus on the message that they’re conveying and you might just be able to find something that they’re passionate about.

This leads us to a problem of sorts. You see, when it comes to networking, you’re trying to get some value out of this contact but how can you do this if all you do is discuss their needs? It’s, once again, quite simple – the secret lies in the way in which you format the proposition. Don’t talk about what they can do for you but rather approach this from the aspect of how this will benefit them in the long run.

You can read and inquire about the art of networking all you like but until you get a chance to test some of these theories in person, you’ll be stuck. Another problem is the fact that there are so many telecommuters out there, which makes it quite difficult for one to get in touch with people from their industry.

Fortunately, there’s a solution to this problem as well. For instance, let’s say that you’re a remote worker from Victoria in need of some company of peers. In this particular case, the best course of action would be to look for a coworking space in Melbourne and start working from there. Just remember that people go there to work, so your networking attempts need to be subtle and non-imposing.

Pretending that you’re paying attention can be effective if you don’t intend to establish a lasting contact with the person in question ever again. However, this is not how networking works. In his book How to Win Friends and Influence People, Dale Carnegie went to lengths to discuss the importance of memorizing people’s names and even the importance of addressing them by their full name. It’s even more effective to memorize parts of the conversation from the last time in order to conveniently use it on the next occasion. Recalling something that the person in question mentioned last time (when they thought you weren’t really listening) could really impress them, thus giving you a much better standing in their eyes. In the end, there are so many courses, tutorials and examples online that you can check out. Even if the information isn’t that valid or informative, you might still be able to get at least something useful out of it. You could also talk to experts in the field, while reading the above-mentioned book is also a good idea. Keep in mind that in order to push your business forward, you might need to invest time, effort and resources in it. Sure, there are some quite informative courses online for free but attending seminars and going to networking-oriented workshops is definitely a better idea.

On top of it all, networking is also something that you get to benefit from on a personal level, which can, on its own, be reason enough for you to want to learn how to do it properly. As for the entrepreneurial benefits of being an effective networker, the list goes on and on.