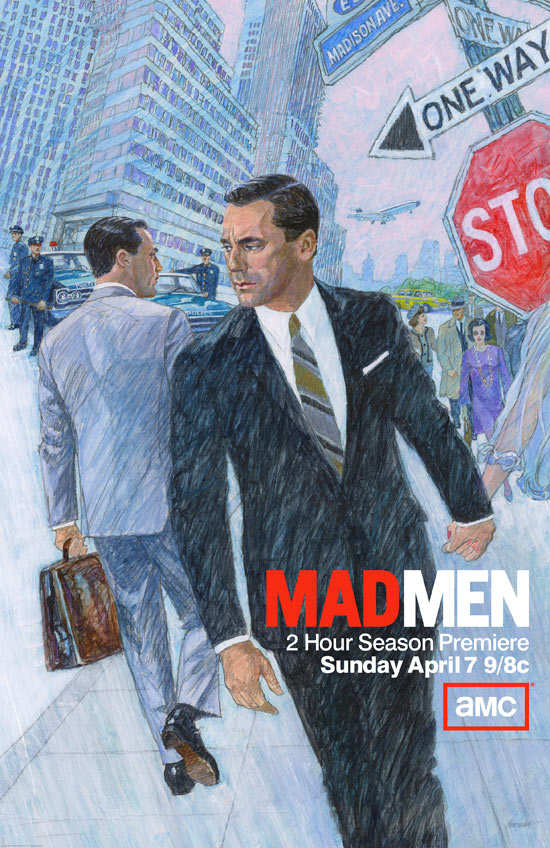 Advert by Brian Sanders for the new series of Mad Men. Photograph: PR

"When the creator of Mad Men wants the new adverts for series six to have a certain look and sensibility, he'll always get his way – even if his people have to track down a 75-year-old illustrator to his home near Saffron Walden, Essex.

"The approach came out of the blue, it was a nice surprise," said Brian Sanders, the man hired to draw an advertising campaign that will soon be seen in magazines and newspapers and on billboards, buses and web pages, heralding the much-awaited return of Don Draper and colleagues at the Sterling Cooper Draper Pryce ad agency.

Mad Men's creator, Matthew Weiner, saw examples of Sanders's work in a recent book of magazine advertising called Lifestyle Illustration of the 60s and asked the marketing team to create the same look. They went one better by finding the man himself, still working after a career lasting more than 50 years..."