It's been a while since I have participated here on RecruitingBlogs.com, I think it's been many months. I do still look at the things I used to look at in order to judge the overall health of the network and I am really impressed. Noel and Tim have done an incredible job in terms of the new design and flow of the network. I am really happy that they are the ones who are now responsible for ensuring RecruitingBlogs.com lives and thrives. However, the reality is that they just for a lack of a better way of looking at it, pay the rent. It's the members and the community and the visitors who keep it alive and healthy. The rate at which new members are joining has never been greater. It's really amazing to see how this has grown.

I have been doing a number of things lately. I have been recruiting and though I have not been in a position to do it full time because of other things that require my attention for the next few months, I do have a couple of candidates going out for personal interviews and I know that placements come from interviews so I am on the right track. I like recruiting and I like the conversations with candidates. I am recruiting circuit design engineers. It's the industry I originally started recruiting in and not much has changed since my last placement in 2005. People are still interested in new opportunities if it proves to be an enhancement over what it is they are doing today.

I have also set up some job board sites. One in particular is doing very well. The site is CommunicationsJobs.com and the organic traffic has been great. There are about 800-1000 people a day coming to the site and because it's on the Jobamatic platform which is run by Simply Hired, there are thousands and thousands of jobs already there. The site has only been up about a month so it's still early but so far so good.

A little while back I called Noel and Tim and told them I think we should start a site called RecruitingDeals.com. I am intrigued by the concept of daily deals and thought it might be interesting to start one for recruiters and those looking to sell products to recruiters. They liked the idea so we launched it. It is going a little slow but there are deals at great discounts so I feel there is value in the service. It takes time to get these things going. So far conferences and job boards have taken an interest in posting on it.

I was happy that Tim asked me to be a judge for the horror story contest being run now on RecruitingBlogs.com I have been reading the blog posts and some of them are really good. Contests have consistently worked well on RecruitingBlogs.com and it's good to see Noel and Tim continue with that aspect of it. I think there should be a contest running here every day. It's good for everyone

I meet with Michael Kelemen ( AKA Recruiting Animal ) who is also one of the judges for the horror story contest every Friday morning and we will start discussing the posts and as usual we will disagree on what we like. We disagree on almost everything. It's a good healthy relationship. I keep telling him his radio show should be only 30 minutes. It would be much better in my opinion. He won't change it though. It's the nature of our relationship.

Life is very different these days. I think about all the years spent with RecruitingBlogs.com and all the things that went along with it. It was really all encompassing. I suppose all full time commitments are. It reminds me of when I changed over from a PC to a mac. I kept my dell notebook on my desk alongside my shiny new Mac desktop, this lasted for about 2 weeks until I was able to put it away forever. Moving on from running this network took a little longer than 2 weeks. Truth is, I am not sure if I will ever be over it but I know it's in good hands and I am proud of how this site has turned out.

From my conversations with Tim and Noel over the last few months, it's easy to see how committed they are to the industry and to the community here and they have a lot of things coming down the pipes. RecruitingBlogs.com is a good recruiting industry community to be a part of.

JD: great to see you here. It's been too long, let;s catch up soon. Exciting stuff going on here at Readyforce as we prepare for national launch and I'd like to give you a quick demo. Please send my regards to Penny and the fam. You'e a star and star's always come out on top.

Good to hear from you. Variety keeps life interesting. 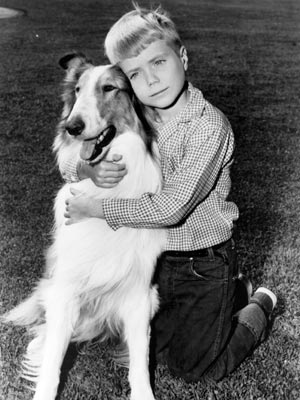 Tim and Noel are building on a foundation you laid out so well—and it certainly is great.  But I have to say, of all the other HR & Recruiter oriented sites online...RBC caught my attention for its mix of options, some unique, e.g., Blog, Forum, Photos (genius), You (Me), Groups, etc.  Then ranking activity, popularity, etc., and giving point values--to me you simply gave us recruiters and/or HR types incentives to participate and a playground for serious discussion, education, venting, and camaraderie with benefits.

Tim and Noel certainly recognized those things and more—but most importantly they saw a unique foundation that could be developed even further.  Thanks to you guys—the RBC is the first and last button I touch to either kickoff the day or shut it down.

Thanks for the update and for opening a porthole to a place where recruiters get wings. 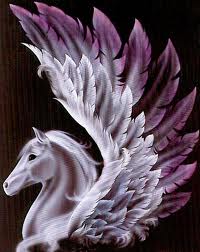 Thanks @Slouch for the post and all of your help over the past several months.