My 10 Most Memorable Candidate Interview Moments

Please note this piece first appeared on The RecruitLoop Blog 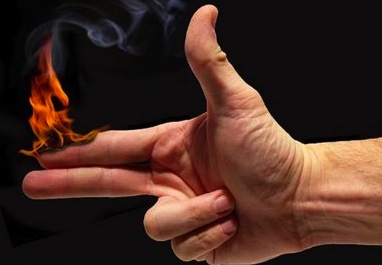 I was trained from very early on never to ask a candidate a question about a their age, religion, marital status, or whether they might perhaps be suffering from a particular medical condition – despite what I may have be thinking to myself at the time.

But what about if there was a guide out there designed specifically for candidates? One that provided them with a few tips about what not to say during a job interview.

Personally I’ve heard some real ‘doozies’ over the last 20 years so I decided to put together my ‘Top 10′ classic candidate interview moments … those that have remained memorable for all the wrong reasons!

1. This takes ‘too desperate’ to a new level

My candidate had had quite a few roles in her career before she met with me looking for some temp work. Let’s just say I may have described her as having jumped around a bit. She told me about her last few (permanent) roles and when I asked her what she was hoping to do in terms of a potential temp assignment, she said, “Oh, Paul, look I’ll do absolutely anything … ‘xcept prostitute m’self”!

2. This one left me struggling for words

I’ve always asked candidates how they would be described by their peers. I would usually receive clichéd responses along the lines of “a great team player“, or “having a great sense of humour“, or perhaps even “a bit competitive“. But on this more ‘memorable’ occasion, I certainly wasn’t expecting this one: “I guess they’d probably describe me as the office handle [pause]. Everybody’s had a turn”!

3. The only time I ever felt scared

I was sitting across from a candidate who I was seriously considering representing for a pretty senior role in financial services. His background was perfect and I knew that culturally he also suited what my client was looking for. I asked him how he would feel if, for whatever reason, he didn’t get this particular role. He looked me in the eye, made a pistol shape with his middle finger, index finger and thumb, pointed the ‘pistol’ straight at me and made a gun firing gesture. Then he simply said “So you’d just better make sure I get the job“!

4. Um… thanks for insulting my profession?

It’s never easy to let a candidate down and tell them you won’t be putting them forward as part of your shortlist. But while Odette seemed like a lovely lady (and she’d told me a few times during the interview what a great mother she was), I knew she wasn’t what my client was after. I explained to her my reasons for not representing her for that particular role but told her I would certainly keep a look out for other suitable opportunities. She thanked me but then asked, “What about becoming a recruiter? Surely anyone can just sit there asking questions to job applicants all day. It can’t take too much skill!”

5. This candidate probably should have rescheduled

Hong Kong 2006. I was still getting used some some of the cultural nuances and I’d often seen a few of my staff eating congee (a form of rice porridge) when they were unwell.  There was quite a pungent smell in the interview room and I noticed my candidate was eating congee when I walked in. I thought she may have put it aside when the interview commenced but Jessica kept eating. A few minutes into my questioning, she put the styrofoam bowl of congee down on the table, went quite pale, then a bit green before projectile vomiting right at  … well … me!

6. Mobile phones should be switched off during an interview

Trevor seemed like a great candidate. Articulate, well presented, he had a great CV. I thought I’d found the perfect candidate for my client. But then his mobile phone rang. As he reached into his pocket, I just assumed he’d fumble around a bit and switch it off. But instead he took the phone out of his pocket, looked at the caller ID and then asked “Sorry … do you mind if I take this? It’s about another role“! “Sure“, I replied … “You can take it outside if you’d like. But then please don’t bother coming back in“!

7. There is such a thing as overly honest

I spent many years recruiting for roles in call centres. They were typically customer service positions and so one of my standard questions would be “Can you please tell about a time you dealt with an irate customer and how you handled the call“. This particular candidate had given me an example of when he’d be working in the credit card call centre for one of the big banks. One particular customer had been very irate. When I asked the candidate how he’d responded to the customer, he said “Oh I just told him to shove his Visa Card up his a*$e and hung up“!

8. I didn’t think I was recruiting for Master Chef

“What’s been your greatest career related achievement to date?” I would think this particular question is one that is asked by the majority of recruiters or hiring managers during an interview. I’ll never forget interviewing Olga who had applied for an account management role with a leading ad agency. She asked me if she could have a moment to think about her answer. No problem at all. She closed her eyes and I could see she was deep in thought. She opened her eyes and (in all seriousness) said “I made a mean chicken kiev for my team’s Melbourne Cup Day lunch last year“!

9. This candidate didn’t make the shortlist

I always asked my candidates if there was anything else I needed to know before bringing the interview to a close. I was recruiting an office manager role for a busy law firm in the city and I thought Belinda was a pretty strong candidate. But then she answered my question with this: “I won’t start work before 9:00am; I won’t stay back after 5:30; I definitely won’t take any work home or work on the weekend; Oh and I have been diagnosed with Chronic Fatigue so I don’t really ‘do’ pressure very well“. I guess she wasn’t such a strong candidate after all.

10. Have I already mentioned that sometimes they’re toodesperate?

By the time Joanna registered with me, she’d already met with at least a dozen other recruiters. Clearly she didn’t believe in working with one recruiter exclusively! She’d been put forward for a few opportunities but hadn’t been successful in getting a job. I asked her why she felt things had’t quite gone according to plan. She just burst into tears and said “I know I’m probably coming across too desperate. The last recruiter I registered with accused me of looking so desperate that even Brad and Angelina wouldn’t adopt me!”

Sometimes I just wished I could have pushed a button during an interview if a candidate said something stupid, and they would have just been ejected from the room without any need for further explanation. The minute a candidate would say something completely inappropriate … BAM! The interview would be over.

Come on all you recruiters out there! We’ve all got our ‘classic interview moments’ … why not share a few of your own!