Pillage My Network & Date My Sister 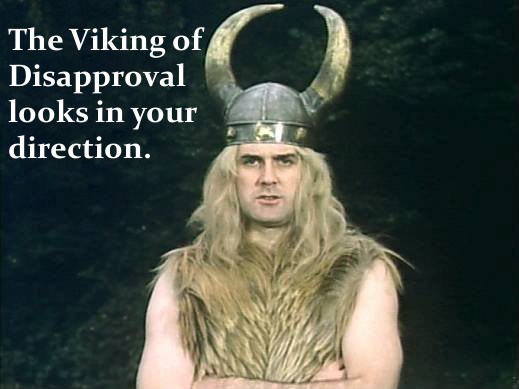 I’m going to confess something, and it’s very VERY hard for me to admit to. Some of you are going to be surprised… but here goes. I hardly EVER get recruiting calls. I know. ME, hotshot corporate recruiter with a solid large-ish biller agency background. Nope. Nobody comes knocking, at least not in a serious way. Now don’t cry for me, I admit I’ve been totally blessed in my career. Going all the way back to my very first recruiting job in the late 90’s, I’ve been referred. That’s right boys and girls, never have I ever done an application or sent in a resume as a first step. Oh sure, that comes later but typically after the “hey my friend is hiring over at…” conversation. I’m pretty lucky that way.

Truth be told, I’m insanely happy with what I’m doing right now, so I don’t notice it – much. I get the occasional “request for referrals” and will usually throw a name or two out because you never know. I’ll ALWAYS pass along any legit roles / contacts to my friends in recruiting. I’ve been on that “cast a wide net” side of the fence and can appreciate how good it feels to get a response. I don’t judge (much).

Over the last couple of weeks I’ve been part of a spirited conversation about crappy recruiting efforts. Me and a whole bunch of folks who I’m not NEARLY cool enough to hang out with have been having some fun with questionable recruiting practices. The best part is I feel totally validated that I’m not a loser (or at least not alone in what I think “good” recruiting should look like). How serendipitous that in the midst of all this, I get a recruiting email. Indeed, someone had seen my resume (huh?) and had recruiting roles I may be interested in. Now normally I would politely decline, but at least acknowledge / try to pass along referrals. I have to admit, I was curious. Was this recruiter serious? Was it really ME they wanted to get to know? And what resume?? I haven’t posted a “resume” in at least 5 years… Oh well, I decided to kick the red flags out of my way and barreled straight ahead. I responded with total transparency – here’s what I’m doing now, and here’s what it would take to pry me away. BIG lofty goals, but again – I’m HAPPY. I’m that classic “passive candidate” who will need something significantly better than my current gig to even think about going through the interview motions.

Great! Was the response. The recruiter does see roles that fit my (pie in the sky) needs. Can I send a resume? Umm…. So here’s where I have to take a little bit of a step back. Do I really want to pursue this? I know there’s a .02% chance I would even consider leaving my company. If I REALLY wanted to pursue something at one of the few companies left on my list, well – I’d just call someone I know over there… industry perk I guess. So I’m mulling this over, and a few days later I get –

Sorry to bother you but just wanted to check in again to see how things are going. As I mentioned before, I am still hiring for several Recruiting Coordinator and Recruiter roles so I was wondering if you happened to know of anyone to recommend. Please feel free to pass along my information or attach the information of anyone you can recommend – I would love to be a free resource for anyone who can benefit from our services.

Thank you and I look forward to keeping in touch with you!”

Oh. I see. You just want to pillage my network and date my sister. It was never about me. You didn’t see my resume, you don’t have a role in mind for me, you just want to raid my cattle. Ouch. I am just egotistical enough that it stung a little. It was also a bit of an “oh shit” moment – is this how I make MY prospects feel? See our last conversation was about ME – now you just want to talk about SOMEONE ELSE. In retrospect it was a solid reminder for me – I recruit in a really tough, competitive space and these prospects are hearing from recruiters daily. The importance of that first impression cannot be overstated.

New recruiters are taught this approach pretty early on - "who do you know" is probably one of our first fully formed sentences. I'm not saying the approach was wrong exactly... just not very heartwarming. Kind of like that cute boy asking to hang out with you so he can get closer to your sister. Not that I know anything about that.

Sitting here drinking a beer then I finished up the read to stand and do a long slow clap. Sure people are looking at me but most of the regulars know what I am doing. Damn Ala, I love having you back. I fear for the junior recruiters though, especially the one, well you know. Oh and there is a reason you are on our list lady...you know it. #coolkidsrule #truestory