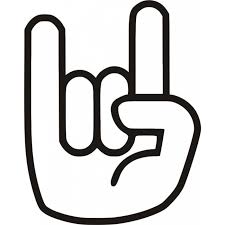 Neil Young was big when I was at school! The guy was at Woodstock for goodness sake!  (Look it up if you have to. You should know about it).

He had a mega-hit record (and it was a vinyl record) in 1974 with Harvest, followed by a string of other huge sellers, and he is considered one of the biggest influences on contemporary music… ever.

In the 70′s and 80′s no party was complete without Neil Young. No joint went un-smoked when Neil was telling us about ‘The needle and the damage done”.

As the years rolled by he went out of favour, but continued to drift back into the mainstream with innovative, fresh music that took on the tone of the times, often with strong political or social content.

Indeed you can listen to a country song from Neil Young, and you can hear him punk it out with the best of them. He can rock your socks off, and he can kill a ballad in his weird wavering voice, that sometimes has you questioning whether the guy can actually sing at all!

In the early 90′s he roared back into prominence with ‘Rocking in the Free World’, an album with overtly political and social justice overtones.

His ‘Rust never sleeps’ album foreshadowed the rise of ‘grunge’ music. The rising stars of the genre, including Nirvana’s Kurt Cobain and Pearl Jam’s Eddie Vedder, frequently cited Young as a major influence.

Every now and again he brings his band ‘Crazy Horse’ together and they hit the road as they have done for 5 decades. Yes that is right, Neil Young may be closer to 70 than 60.

And so it was I found my way to The Sydney Entertainment Centre, along with 13,000 others and I think, like them I was looking forward to a nostalgic night hearing all his old hits.

And man the crowd love this guy. Many there were Neil’s age, but a whole new generation in their 20s and 30s were there too, screaming for ‘Heart of Gold’, ‘Southern Man’ and all the rest of his mega-hits

He played almost his entire new album ‘Psychedelic Pill’ (which is superb IMO) and he played stuff I had never heard, and nor had the crowd. At times I think the band were just jamming!

And for a while I sensed restlessness. Certainly I heard plaintive cries for ‘Cowgirl in the Sand’ and ‘Alabama’.

And after an hour Neil threw the crowd a bone and played a whimsical, acoustic version of ‘Heart of Gold’, his biggest ever hit. But he played precious else from his back catalogue.

But the music was so good, so fresh, so ‘now’, that soon the crowd stopped calling out for the ‘hits’, and were on their feet rocking along with whatever Neil threw at them from his uber-creative mind and fluent fingers.

In the end the whole throng was on their feet, screaming for more, and even three encores could not satisfy them.

I have seldom been to a gig where the crowd was so energised as they left.

And so what has it got to do with recruitment?

The clue can be found in this quote from the Rock and Roll Hall of Fame website.

“Young has consistently demonstrated the unbridled passion of an artist who understands that self-renewal is the only way to avoid burning out. For this reason, he has remained one of the most significant artists of the rock and roll era.”

Rock and Roll and Recruitment? Well, it’s to do with evolving. It’s to do with learning new skills. Adding to the repertoire. Not taking the safe route. It’s about knowing that what was great before, is stale now. It’s about courage to be yourself and explore fresh innovative ways of doing what you have always done.

It’s about remaining relevant to your customers of today. Maybe changing even before they ask you to.

Plenty of old ‘rock stars’ tour the world playing their vintage stuff to expectant crowds, living on long past glories, but not Neil Young. He is still doing what he loves and doing it superbly. But on his terms, and in a way that gels with the era we are in NOW.

Are you doing your job that way? Or are you dragging out all your old stuff from bygone eras and hoping it will fly in the new age?

Thanks, Greg. Did Neil advertise that he would be playing almost exclusively new songs? If he had, what do you think the attendance would have been like in comparison to what it was?  Would the same people have attended or the same numbers of them? I commend artists with the stature/guts to be able to do something like that- most aren't.

As far as recruiting: I work to keep 'em happy, even if I don't agree with it, and if they want "old-school" or "cutting-edge" that's what I try to give.

I have no idea how the event was marketed. I suggest it was probably with 2 words ..."Neil Young".

"self-renewal is the only way to avoid burning out"

Didn't HE sing "Better to burn out, than it is to rust."?

There have been a few whispers lately…the words ‘Neil Young’ and ‘Crazy Horse’, have been coupled tantalisingly with the word ‘tour’.  In the know fans have seen news about shows overseas and waited with growing anticipation for the official word.

So it is with no small amount of delight that The Frontier Touring Company and A Day On The Green confirm the return of Neil Young with Crazy Horse for a series of arena and A Day On The Green winery shows in March 2013.  With one show only in each location, the tour is one of Neil Young’s most extensive yet with shows in Perth, Adelaide, Brisbane, Sydney, Melbourne, Hunter Valley, Surf Coast Geelong, Wellington and Auckland.

The tour will be Neil Young and Crazy Horse’s first headline tour since 2003’s critically acclaimed Greendale shows in Melbourne, Sydney and Brisbane.  Crazy Horse, comprised of Billy Talbot (bass), Ralph Molina (drums) and Frank “Poncho” Sampedro (guitar), was recently described by Neil Young in his autobiography as “a vehicle to cosmic areas that I am unable to traverse with others."

The March 2013 shows promise to showcase both new material from their recently released album ‘Psychedelic Pill’ (out now through Warner) and the classic hits that helped make Neil Young a household name.  Without a doubt the critical acclaim surrounding the tour dates so far illustrates just how Neil Young continues to pull massive crowds five decades into his impressive career.

The Hollywood Reporter wrote of Neil Young and Crazy Horse’s October Hollywood Bowl concert; “The made-for-each other singer and band seamlessly meld old and new amid a relentless, outstanding torrent of beautiful noise” while the Pittsburgh Post-Gazette noted “this tour serves as a reminder of how [Neil] became the Godfather of Grunge, and going on 67, he will still out-grunge anyone who gets in his path.”

The LA Times’ glowing review painted vivid pictures, including that of Neil Young “hunched over his Gibson electric guitar – known affectionately as “Old Black” – strangling notes out of its neck while standing in front of a Fender amp as big as the Ritz.”

Don’t miss out on seeing Neil Young with Crazy Horse live in concert this March 2013.

Change , evolve, burn out trying... all better than standing still and decaying. :)