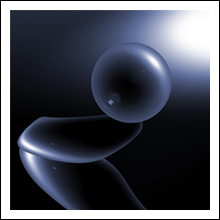 She looked great. Her hair, jet black, long and straight, it went down to the small of her back. She was tall and lean, with a body that had been sculpted over hours and hours at the gym. When she walked into a room, all eyes found their way to her. She could talk at length about shoes and celebrity gossip, but sadly, that was all. She wouldn’t get a literary reference to save her life, she didn’t care about science, or politics, or news.

Have you ever had a chance to date someone that was so spectacularly attractive, that the mere act of looking at them, could burn out your retina, but they were also were too stupid to talk to?

If I had a nickel for every time this has happened to me, well I would have, let’s see…carry the one…hmm…absolutely zero cents. Ok, but I am sure it has happened to people. I know people that have been able to get the beautiful girl and stupid girl, mostly they ended the relationships, on occasion they married them, sometimes they did both.

I had a similar dilemma today, if I am permitted to use a very liberal interpretation of the term ‘similar’. I was followed by someone who offered tweets and a blog about blogging. I am interested in blogging. I love it. I don’t know much about it, as is obvious by this post, but I hope to learn more. Here is the problem. I have a general set of rules about who I will follow.

I want to follow people, which I can have a meaningful relationship with, the type of relationship where we learn from each other and help one another along the road of social media. If I see a Tweeterer who only tweets about their interests, I lose mine. If their follower vs. following ration is out of balance, the scale tips towards ‘no’. If they never tweet, it is ‘no soup for them’. This person’s transgression was, admittedly not a cardinal sin, but it did bother me. Every tweet on their page had ‘Please RT’ as the start. The dilemma was that they were tweeting tips that were helpful. I saw two that seemed especially interesting.

Now I generally will either ‘follow’ or ‘block’ 90% of the people that follow me. There are very few people I find, when I check out my new follower, that have information that I don’t care about, but that they seem nice enough that ‘blocking’ would be mean. They may really want to follow my silly tweets, and since they seem decent enough, that is fine. Again, most people who seem like good people, are also interesting enough that I want to follow them. The ones who are spammers, self centered, or just ‘don’t get it’, I don’t want to be among my followers and they get blocked.

So what to do about Mr. ‘Please RT’? Do I follow or block? It is a tough call, and I can’t say I have decided, so I guess I will mull it over for a while. I would be interested to get anyone’s opinion on whether their sin is worthy of a block or not?

It is quite possible that I am being ridiculous in my bias.

Thanks for giving me a read.

I don't mind being asked by anyone I know to RT. If you or Maren, or Animal, Jerry Albright, or any of the other really wonderful people with whom I tweet with on a regular basis asked. I would RT until the cows come home, which looking at my watch should be pretty soon now. Ok, that wasn't true, I don't have cows, but if I did, they should definitely be home by now. I digress.

I guess my big objection was that it wasn't (@Ray_Anne My friend has a new blog, please RT)...it was (Please RT: this post and every post I make).

I would also probably be very impressed with your polite child. I am not sure that being polite is even legal anymore. Unless I receive some compelling responses, which convinces me I should give this guy a chance, I will likely block him. Of course, if he went to my blog, left a message and said 'Please' I might change my mind. I do like someone who uses please in a non-self serving way.

Thanks both of you, for reading my post. Your comments were appreciated, except for the mention of 'a cookie', which made me realize that I am OUT of cookies. :-(

No one likes to be told what to do. That's what most "Please Retweet's" feel like. I usually always RT when the Tweeter is requesting assistance or exposure for someone else. I NEVER retweet a self-serving Tweet such as "Just posted a new blog - Please RT".
Hope you got more cookies! No one should be out of cookies!!!

Thanks for responding. Cookies are on the top of my after work shopping list. I should have averted the current state of cookie emergency by 6:00. This should eliminate the need to call out the national guard.