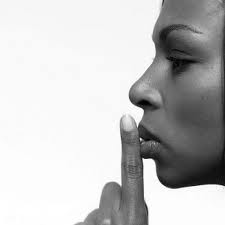 If that got your attention, good. I don’t know any other way to say it; I hate it when people talk too much. This is a personal issue of mine, a lack of tolerance, perhaps; but mind-numbing talking can affect one’s job search and performance/acceptance at work.

Networking events: When you’re at a networking event and the person with whom you’re speaking only talks about himself, it goes beyond annoying. It’s downright disrespectful. I recall once talking with a woman at a business networking event; rather she was talking at me non-stop. I eventually wondered if she needed time to breathe. Nope.

Professional meet ups: Another way talking too much can hurt you in the job search is when you’re at a meet up and you don’t allow the facilitator or the attendees to get their points across. This really inhibits the sharing of information and advice, creating a counterproductive environment. You can see the irritation spread around the room like a black cloud. People begin to stir in their chairs, roll their eyes, and sigh. This is a clear sign that it’s time to shut up.

Interviews: Talking too much will definitely hurt you at an interview. One of my workshop attendees told the group that an interviewer told him at the conclusion of the interview that he talked too much. He admitted that he had to work on his problem because it hurt him at other interviews. I felt like giving him a hug for his revelation.

I was the victim of a woman who talked too much when I interviewed her. I think she was nervous. Nonetheless, she lost the position five minutes into the interview when she talked without pausing. She was responding to, “Tell me about yourself.”

In the workplace: People who corner you at work are a major annoyance, particularly when you’re trying to get some work done. Take a cue from someone who’s trying to complete a project at the 11th hour. Notice when their eyes drift to their computer and they repeatedly say, “Ah ha, ah ha…” It’s time to bring your talkative self  somewhere else, like the water cooler.

Company meetings: The talkative types come out of the woodwork at meetings, don’t they? Their need to be heard can extend meetings way beyond their deadline. Managers notice this and resent those who disrupt the agenda, unless they’re the talkative ones. When called on it, the offenders become belligerent; their feelings are hurt. I say, “Too bad.” Uber talkers need to know when their talking is a nuisance and curb their words.

To see if verbal verbosity is a psychological disorder, I Googled, “talking too much disorder” and came across a number of people who have various opinions, as well as those who are struggling with this problem. Some attribute it to attention deficit hyperactivity disorder (ADHD), bi-polar disorder, and even “communication disorder.”

One paragraph from this study caught my attention. “While extraversion and sociability are characteristics which, when exhibited appropriately, confer attributions of credibility and may be pro-social, personal experience, history, and literature are replete with anecdotal accounts of people who talk a great deal to negative extents. Terms such as “talk too much,” verbose, long-winded, gossipy, dominating, etc., all speak to the notion that auditors devalue others who verbalize beyond normative levels, and that lay interpretations of such behavior result in negative attributions.”

Sadly, loquaciousness may be unavoidable, as the author states: “Additionally, talkaholics reported that they had been unable to curtail their talkativeness activities. “When asked if they had ever tried to talk less, most indicated they had but many added comments such as ‘Yeah, but I can’t do it.’ ‘I can’t stop talking.’ ‘I am driven to talk.’”

I’m not sure after reading this if I was proud to have discovered it, or suffer from “intolerance disorder” (not a real diagnosis). One thing is for real, talking too much has a negative effect on not only me but others as well. So if you are one who can’t stop talking, the road to the job search and beyond may be a long one.

So true.......appreciate you sharing Bob

Thanks, Maisha and Tim. I sometimes wonder if I'm intolerant of loquacious people because small talk is not my forte, but I'm talking about those with a serious problem that hinders their job search and performance at work.

I loved this article! People that TALK too much, don't LISTEN enough. This behavior has the ability to cripple the communications process in any organization.  In staffing, you miss out on the important cues when interviewing candidates and hiring managers. It negatively affects the ability to fill open orders.

I HATE when people talk too much, or cut me off, or hi-jack the conversation and repeat exactly what I just finished saying... I also HATE when I'm on a conference call or in a meeting, and a manager or one of the participants "piggy-back" on the point I or someone else just made.  They basically repeat exactly what was said, without adding a different spin or anything creative to the discussion.  I feel that certain people just LOVE to hear themselves speak, and they think that the listener should feel the same way.