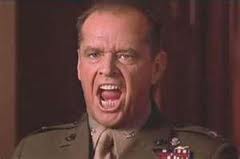 But the fact remains that occasionally some of these know-it-alls speak the truth, and the truth sometimes hurts. Let’s face it, although eye contact and the handshake need to be in check, there are more important things to consider at an interview.

Charles B is one of these people who warn jobseekers to be aware of more pressing issues at an interview. At the behest of a customer of mine, I read an article by Charles entitled Why I Won't Hire You. It's quite good, albeit abrasive. For example, he writes:

"When you first walk in to my office, I am expecting you to be one of the 99%+ people who I know I won’t hire in the first 5 minutes. I am hoping I will be proven wrong, because I really want to hire you and be done interviewing. Unfortunately, most people looking for jobs don’t deserve them...."

Charles goes on to address some of his pet peeves, those that will certainly prevent job candidates from getting hired by him. I see truth in all of them, and have my own comments to add.

You send me a stupidly long résumé

Bingo, the shorter the better. If you’ve read his article in full before reaching this point, you’ll note that he’s a bit hypocritical, as his article is quite long. But his point about writing a résumé that addresses the requirements he lists in his job ads is spot on. In the hiring manager's mind, it's all about her needs, not a candidate's desire to pontificate on irrelevant skills and qualifications.

You can’t tell me why you like your current job

That’s right, be specific and sound enthusiastic about what you did at your last job. Generic statements like, “I enjoyed the challenges” are seen as avoiding the question. Someone who’s serious about working for a company will see this as an opportunity to talk about responsibilities and challenges that exist at the perspective company.

No career plans or vision

As Charles says, “If you just want a job, why should I care? Someone else will come to me with their vision. Eventually.”

He states as a valid reason being disappointed with the lack of growth opportunity at one's former company and an opportunity to advance at his company. Why would an employer want to hire someone who doesn’t know what he wants? Failure to express career direction at in interview indicates a lack of focus on the job.

This is a common complaint among recruiters and hiring managers; people apply for jobs they’re not qualified to do. Charles says to not waste his or others' time and be honest in your written communications about how you’ll need to learn the required skills. For example, he accepts someone who writes, “Looking to grow skills in Unix administration from a project background."

Answer my questions with conjecture

Here he’s saying don’t bull s_ _ _  me. If he asks a questions that calls for an example, job candidates better have one, lest Sir Charles loses his patience. I see his point. Interviewees who are dancing in circles come across as desperate or unsure of themselves. Just be honest and say you can’t provide an example.

How to Win the interview

There are five specific traits Charles is looking for:

The bottom line is that Charles B is telling it how he thinks it is. Jobseekers shouldn’t discount other information given by job search experts, but they should heed what this hiring manager writes. The truth sometimes hurts. But isn’t it better to know the truth than go to an interview with blinders on? Incidentally, Charles B might not like what I've written, but the truth is that I don't care.

PS. Since I wrote this a few days ago, I visited Charlie's comments and was amazed by the positive and negative...downright nasty...comments he has received. I urge you to read his article.

There are great interviewers and idiots and we all fit somewhere in between--actually we roam within those extremes.

I liked the "Charles B" article...At least he has a plan but he also has an agenda and that can be an Achilles' Heel.  My guess is he probably misses more talent than he attracts simply because he seems rigid, maybe too comfortable with his current evaluating method.

I do like his bravado.  Recruiters need BRAVADO otherwise their hearts begin to bleed on people.

I did learn a thing or two from him and you--nothing new, but a different slant and that pleezez me.

I read  "Why I Won't Hire You" and read through the comments.  The article was spot on but the comments  were all over the place!  Unemployed lashing out?  Those that lie to get the interview and then stumble through it?  Different mind set?  Interviewers (in-house recruiters and 3rd party) have to make the best use of their time and this article lays down the law in no certain terms.  Slam dunk!  I may not be so blunt, but you need to get the message across to potetential candidates.

Good companies want to hire good people and don't want to waste their time interviewing, hiring, training and firing any one that lied throughout the interview/hiring process.

Did you read some of the comments he received. Undeserved, especially the expletive thrown his way. But he makes some excellent points about not wasting people's time, including the jobseekers. Thanks.