The Mega Sourcing Contest (#sourcingcontest) that was conducted as a part of Talent Acquisition and Sourcing Conclave (#TASCON15) held recently was a smashing hit, no doubt. The organisers Sourcing Adda have been conducting several activities to enhance the experience of Recruiter’s and Sourcer’s alike. For those who couldn’t attend, you guys have no idea what you’ve missed. Nevertheless, you can still catch up. 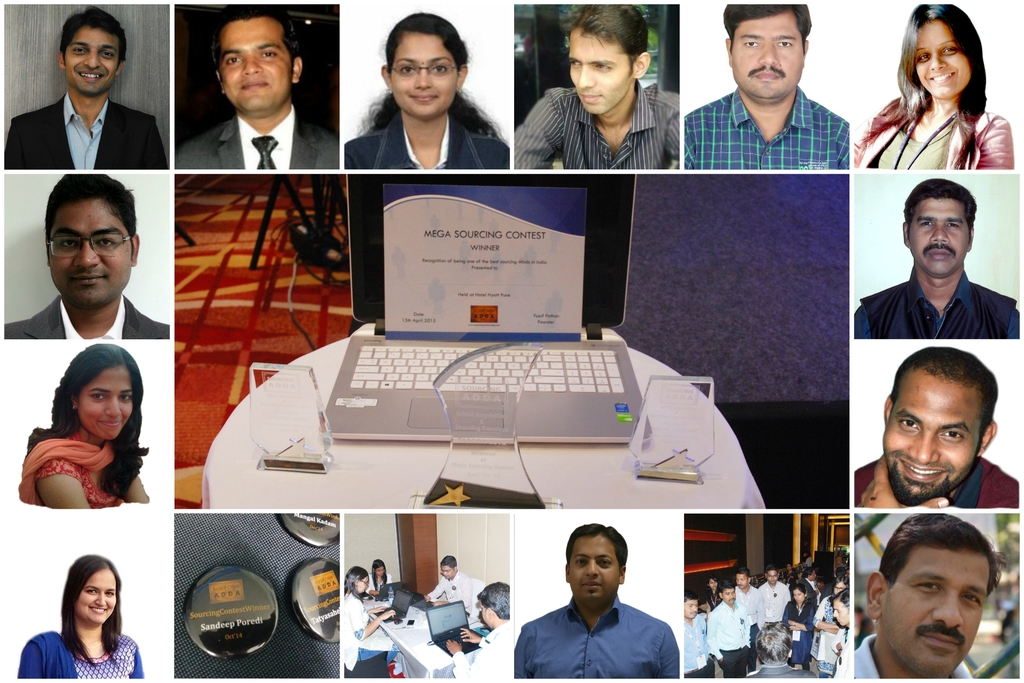 Those of us who were present would know that the Mega Sourcing Contest was the grand finale of the Monthly Sourcing Contest that was held for the duration of 12 months. This Contest began in the month of April 2014 and ended in March 2015 with the winners gaining entry in to the Mega contest automatically.

Chinmay Chavan the Lead Trainer at SourcePRO, was the host. Just like most contests are you’d know the feeling if you’ve ever had an opportunity to participate in one. You’re nervous, anxious, scared & excited all at once. Sounds overwhelming, doesn’t it? The same was the story of the participants we had from several companies such as… 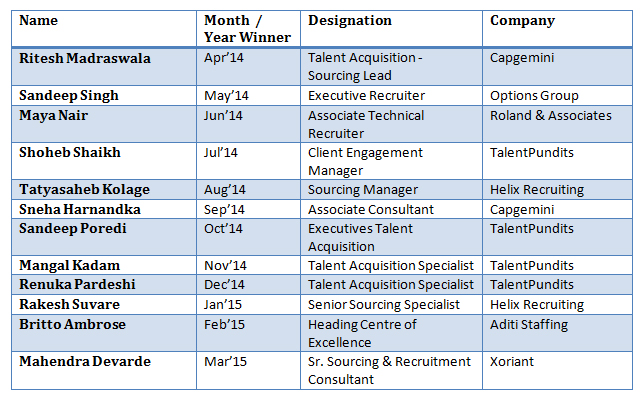 The contest commenced with the contestants all fired up for the next big challenge having successfully completed the first challenge in the Sourcing Contest. Before the contest began they were briefed about the rules, regulations and procedure of the Contest. It was divided in to 3 milestones where the 1st milestone was to search for the target individuals name and email it to the organisers. After which they would be sent an email containing clues to complete the 2nd milestone. They had to use the information they gathered in the previous milestone and the 3rd milestone was a webpage.

At the end of the event the participants were presented with mementos to mark them as the finalists of the Mega Sourcing Contest. Unfortunately it wasn’t solved as planned by the organisers due to the difficulty level in spite of them putting in their best efforts. The contest wasn’t completed as expected hence the team decided to reward the first individual to solve the 2nd milestone. Therefore Britto Ambrose was declared the winner and presented with a certificate, an award and a slick hp Laptop.
To those who were present, I think it’s safe to say that overall it was an amazing contest where the participants put in great efforts and was enjoyed by all participants including the host. The competitors displayed great sportsmanship and were not defeated just yet.
The responses, reviews and feedback that Sourcing Adda received were accepted. The views thus expressed were considered and the decision was made to conduct yet another contest. To get updates of future activities and to participate in another amazing contest follow @sourcingadda. Be prepared for another year of fun and amusement that is sure to blow your mind. In all earnestness we request you our patrons to give suggestions for future activities and blog topics to come. I request everyone to check in for a newer and bigger version of the contest in June.