I think we will all agree that Inhouse Recruiters (IHR) and suppliers don’t always see eye-to-eye, in the majority of cases I would say that we might as well be in a different markets, who’d have thought we are all in recruitment! The biggest rift is in the non-relationship between agencies and theirs customers, which tends to resemble a tribal feud at best and a full of blood bath and worst. I generalise I know, but please don’t kid yourself that there is general mutual respect. I find this perpetual stalemate very tiresome and counter productive, surely we should be cooperating with each other, helping each side of the conflict understand how and why we do things and what benefits we can bring to each other! 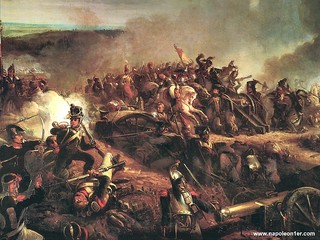 Agencies & HR have a difference of opinion

I have worked on ALL sides of the agency / customer relationship. I have my opinions and very strong they are too. These have been reaffirmed very strongly over the last 2 weeks. I won’t go into the detail of how irritating some people I have listened to have been but want to use this issue as the basis of this post.


So in the last two weeks I have attended 5 events that have provided a huge opportunity for networking and relationship building.


A Breakfast with The FIRM meeting

Thursday 10th June - (full details in A Breakfast with The FIRM above). At the first of these I was one of the organisers. It was an event exclusive to Inhouse Recruiters at which we gave attendees, who seemed more than able and comfortable to mingle and chatter with each other, the opportunity to attend a tweetup networking event arranged by UKRecruiter that evening; an event that was advertised to members for a few weeks leading up to the day. UKRecruiter does a fantastic job so keeping anyone interested in recruitment in the UK informed of issues, concerns and events. Many of its subscribers work for agencies but there is much in the newsletters for all. As far as I could tell there were only 5 people (from approx 50) from the morning’s event who came along to the evening’s event and the organisers of each made up three of them!


Thursday 24th June - The next event was the APSCo debate on whether UK recruitment agencies should be licensed or not. This was followed on the same day and in serial succession by another networking event organised by UKRecruiter. At each I was, as far as I could tell, the only IHR in a room full of approx 60 agency types. Sadly I had no real interaction with people I didn’t already know, (except for two idiots who just couldn’t help themselves and tried to sell to me!) unless I initiated it. Immediately after the UKRecruiter event I was lucky enough to be able attend the 2nd #connectingHR tweetup. An event actually co-organised by an agency, CourtenayHR and Jon Ingham! I attended the first in March because I just happened to be in London and turned up. That one was a superbly entertaining evening and huge success. At this recent event much like the March event previously suppliers to the UK recruiting space attended and mixed with a good number of IHR types.


Summary of observations from these events. From both supplier and IHR I’ve seen a resistance to engage with each other. Whilst the suppliers crave it, many don’t appear to have the socials skills or emotional intelligence to manage it, some just aren’t that interested in change and the IRH are reluctant to engage because of perceptions and barriers they have created that are not entirely fair to all. Also some just aren’t that interested in change either.


So to cooperation. How do we get there? Simple! Get to know each other. At each of the two social networking events; 10th and 24th June I had a great time and met some really good people, people I would happily spend time with and nearly all of them suppliers to the market.


The point is, it is the time you invest; it is the people; it is the relationships you build; it is the potential friend(s) that you make; it is the respect that you earn that matters and not the business that can result. If you trust and understand each other you may find business opportunities come about anyway. If business is your priority then you won’t find friends and cooperation. (mmmm! an advert for a dating service in there somewhere).


We work in a market that relies on a symbiotic (look it up!) relationship, so why then do we try our hardest to avoid cooperation. The IHR community would gain so much from taking a little time to interact socially with suppliers where there is no agenda other than meet and chat (yeah ok and a few drinks!). Agency staff need to be able to reign themselves in and chatter without thinking of a deal or of a business opportunity. As mentioned above I had two people approach me who both went for the pitch and close within seconds. They are aware of the error of their ways. I did enjoy that bit.


Cooperate with each other. Understand each other. Maybe you’ll trust each other. Don’t be shy about attending any networking event that you can – you may just meet some great people. I have. You may even learn something from each other. I have. Give it a go please. If supplier and customer can cooperate then it will save so much time, effort and money.


BTW – Please don’t read this and think “Oh I’ll give him a call” – if you make a pitch however subtle your motives will be so transparent and I will name and shame you in the next posting!