What Moneyball Sourcing Teaches Us About Social Recruiting

When we look at the various social platforms, companies are predominately using LinkedIn and Twitter.  Conventional wisdom suggests that Facebook is for personal web activities, while LinkedIn and Twitter fall more in the business or professional categories.   Let's put that conventional wisdom to the Moneyball test.  LinkedIn is the leader in social recruiting with surveys proclaiming that anywhere from 61% to 86% use that platform.

The science of winning in the Moneyball Sourcing model suggests that we need to examine our beliefs with a data driven approach.  And when we look at Facebook as a source for recruiting from a numbers perspective, we see an interesting result.

The numbers are just mind blowing.  And the minute you quote a number, it is obsolete.  For example, the graph below projects 95 million users on Google+; what is profound is that there were 50 million users when first wrote this blog post (I am not certain whether that is a comment about my speed of writing or Google+).   In terms of sheer numbers, Facebook has the largest number of users.  The estimates are that by the summer of 2012, Facebook will have grown to over 1 billion users—up from its current level of 850 million. 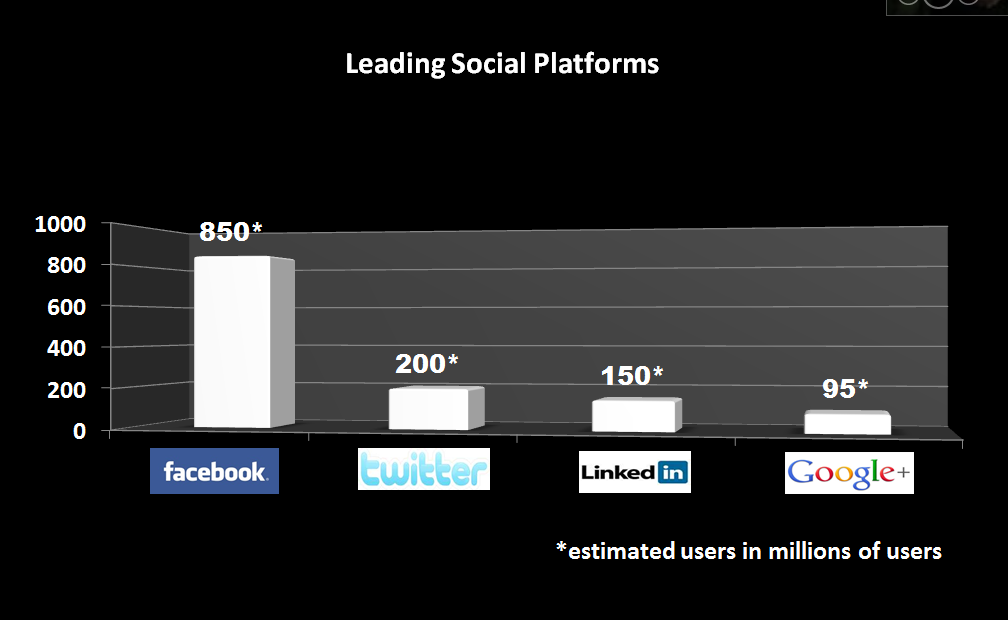 The Moneyball Sourcer would  first look at the data as it relates to usage by the target audience;  if you are going to evaluate a source, the first step is to confirm that it is being utilized by the people you are attempting to attract.  In a recent Jobvite survey, the use of the social platforms by job seekers was quite revealing.  It was estimated that nearly 37 million people found jobs in 2011 using the social platforms.  What was even more enlightening was that Facebook was the clear winner in terms of successful job hunting--outpacing Twitter & LinkedIn combined. The conventional wisdom that says Facebook is just for personal and not business use suggests that most users do not have job or skill information in their profiles.  The data is telling us that profiles were modified in order to take advantage of networking on Facebook. 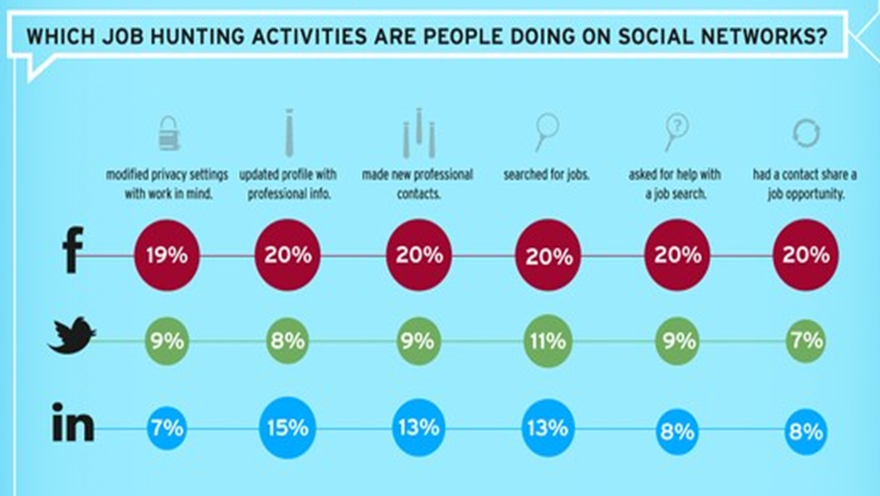 When to big 3 of social platforms are considered, Facebook at 44% was clearly the most favored network for job search activity. 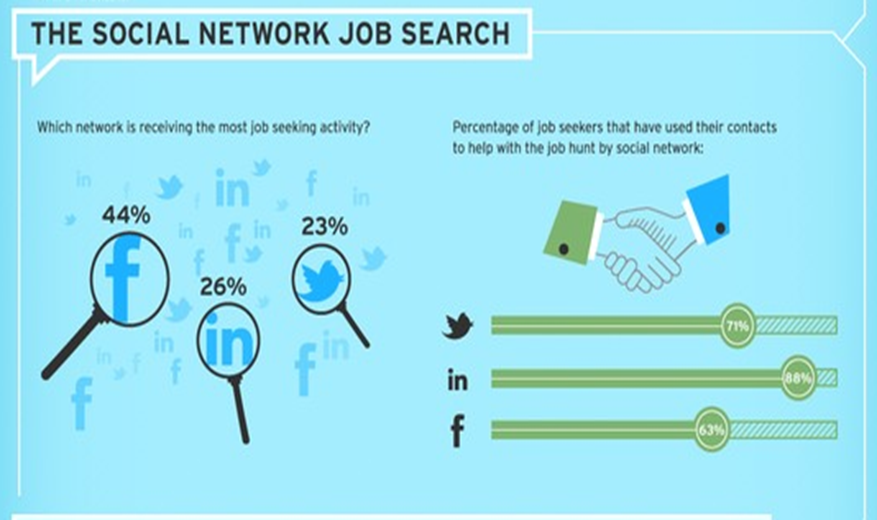 One more data point is very interesting.  Conventional wisdom suggests that Facebook would not be an efficient source because there is a lack of information about the target audience.  In other words, we would see too many unqualified candidates.  What blew me away were the results of this major Jobs2Web study.  The most efficient source of candidates was Facebook.  Facebook was not only 3X better than LinkedIn, it beat all other sources of hire. So if so many people are using Facebook for job seeking, why are recruiters investing so heavily in LinkedIn and LinkedIn Recruiter?  Changing perceptions is very challenging and takes some courage.  The final step in the Moneyball Sourcing Model is "adapt or die."  This is the hardest step--believing the data and then acting on that information.  Clearly the business case for piloting sourcing initiatives on Facebook is made with the data.  The challenge is that we just convinced folks that LinkedIn is a better platform that Monster, CareerBuilder or Dice.  Now we have to tell them that was so 27 seconds ago.

We must have the courage to follow the data; even when it is counterintuitive.  Recently, I was discussing the data in this post with some recruiting friends.  In spite of the empirical evidence, each person believed that Facebook would not work well for recruiting, that it was reserved for personal activities.   I know what a Moneyball Sourcer would do--what about you--do you believe the conventional wisdom or do you believe the data?

Interesting article, but I am still skeptical.  How many of the users are under 18 or college age, looking for part time, entry level positions?  I do not see on Facebook skilled technicians or very many engineering professionals. I'd like to see WHO is hiring WHAT JOBS to validate whether this is where I should put effort and $$.   So, yes the numbers might be there but without further clarification, the data may not mean a thing.  Now, if I'm going to recruit female professionals.....I'm going to watch for opportunities to advertise on PINTEREST!

However, I have to agree with Kathy - it would be more telling to find out what kind of jobs these were. For example, with many mobile recruiting success stories, the positions filled were lower level (UPS example). Point being, these stats may not apply universally to all types of positions.

Also, it can be problematic to refer to posting jobs on Facebook as sourcing as it could come across as misleading to some. Although I do define sourcing to include any and all actions with a main purpose of talent discovery, most people associate "sourcing" with hunting for talent rather than "trapping" through laying out jobs for people to find and respond.

I would further argue that the ROI for using Facebook to search for and find candidates would be significantly lower than the job posting approach. With posting jobs, you can presumably target information that is "private" and not searchable to the average person unless the people leave their profile totally open to all. The ability to use Facebook's data for targeted advertising can be powerful, but when you are trying to find people on Facebook with specific skills and experience, a specific tenure, and in a specific location, you get cut by the double edged sword of limited searchability and locked down data.

@Kathy-I appreciate your skepticism, it is always healthy to scrutenize things that are new.  I am not certain about the Mashable figures since it seemed to be based on the small Jobvite survey;  but I am very comfortable with the Jobs2Web data.  I know their data is based on a cross section of major companies.  What I think is interesting is that people are working their networks on Facebook seemingly without recruiter involvement and getting hired.

@Glen--I always appreciate your input.  I believe the numbers from Jobs2Web would include the social sharing feature, so it would include people pushing jobs into their network--I guess that social erp some folks are advocating.  I would agree with you that much more study and experimentation is required.  One reason for writing this piece is to stimulate some conversation about Facebook as a source.  Perhaps Facebook is really big data in disguise?

You know me - I'm all about stimulating thought and conversation!

Facebook certainly has huge volumes of data, although I am not sure if technically Facebook data alone could be considered "big data." However, the definition of big data seems to be dependent upon the source. :)

I believe you'd be interested in reading this article on "CRM to Social" in InformationWeek if you haven't already, especially the content on what Guess is doing with Facebook and MicroStrategy's Alert mobile platform.

Let me know your thoughts.

With all due respect to Glen and Kathy, your candidates must be behind the curve. ;)

Obviously Glen and Kathy I'm kidding, but in all seriousness, I've sourced on Facebook extensively over the last 6 months for one of the hottest social companies in the valley and also for a large software company in the Pacific Northwest, I've sourced candidates in the Valley, in Seattle, in Austin and all over Europe and Russia and Facebook has been fantastic. The engineers that I've targeted are not atypical software engineers and they fall anywhere in a range between the ages of 20 to 60. Like many (850 million or so) of us, these candidates/engineers are regular Facebook users and it's been quite easy to fill out my FB social graph with well qualified candidates.

I start by connecting with 1 pre-identified member of a target community and then adding connections among identified 'friends' the first individual was connected to. Thus far, the number of people who have not been willing to accept a friend request from me (a complete stranger) has been less than 10% I'd estimate. My profile prominently identifies me as a recruiter at a major tech company and individuals are also able to see that they have multiple personal connections in common with me. I've gotten some amazing traction into some really hard to locate pools of talent this way and even better, been forming far deeper connections and engaging in better communication than I've been able to accomplish w/ Twitter. Facebook (and Quora) are quickly climbing my personal '% of hours spent sourcing out of ' chart.

Marvin, I couldn't agree with you more. You need to rigorously examine the data, trust the data and then find innovative ways to exploit what it's telling you. It's one thing to understand that there is an unbelievable amount of data traveling back and forth across graphs on FB, I think everyone groks that. It's also easy for most people to dismiss that data because it's too amorphous and uncatalogued and unsortable. However, anytime you have that many people sharing that much information in a medium designed only to foster connections... it'd be naive to think there's no way to "game the system" for sourcing and recruiting.