What Traits Are Red Flags to Look Out For When Hiring? 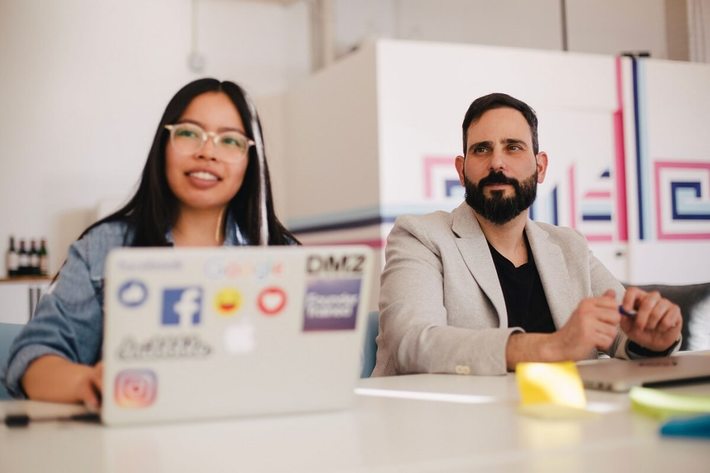 When it comes to hiring, it’s imperative that you get your process right. Whether you have an in-house hiring team, or you’re relying on a staffing agency to source top talent; the cost of making a bad hire can be pretty substantial.

In fact, an article in Forbes reports that the price of a bad hire is at least 30 percent of the employee's first-year earnings. But how can you avoid making a bad hire? Sometimes, you have no way of knowing until they’re a few weeks in. However, it’s important to get to know a person’s personality before you offer them the job.

Indeed, independent research of over 200 talent acquisition professionals from Resume-Library and TopInterview reveals that employers are far more interested in a candidate’s personality (70%) than their education (18%) or appearance (7%).

The study went on to ask respondents what traits impressed them the most and least when hiring. So if you want to avoid making a bad hire and understand what traits are red flags to look out for when hiring, then read on!

Overconfidence is by far one of the biggest red flags to look out for when hiring, and it shows. The findings reveal that 72% of employers believe this trait to be the biggest turn-off in a candidate.

Arrogance can be a killer for company culture, not to mention that it can write-off a new hire’s chances of meshing with a level-headed team. Of course, confidence is a great trait to have in a new hire, with 42% of employers agreeing as per the survey, but it may ruffle a few feathers when they first join.

The signs of overconfidence in an interview can sometimes be subtle. For example, if you ask your candidate what their biggest weaknesses are, and they say they don’t have any, this is a red flag to look out for.

Humility is a great trait to have in potential employees, and everyone can always improve. So, anyone who believes they’re the full package should raise some alarms.

Likewise, if your candidate responds to any questions with downright arrogance in an interview, you should look the other way.

Another terrible trait a candidate can have is dishonesty. A dishonest employee might spread office gossip, lie about their productivity and, in more severe cases, put your business in jeopardy.

You’ll want to avoid dishonest candidates like the plague. Although this is easier said than done, there are a few subtle hints or trick questions you can ask to catch them out.

For example, if they’re keen to know whether you check references, this might suggest that they’ve either overexaggerated on their praise from a former employer or made it up all together.

Dodging dishonest candidates is vital. It can be a volatile trait in new hires and one that will likely cause friction and a breakdown in relationships between both clients and colleagues. Not to mention they could easily be in breach of their contract in extreme scenarios.

It’s wholly off-putting when a candidate feels entitled to the job. While you should be grateful for them offering their time to interview, you don’t owe them anything; and they should only get the job if they interview well.

If your candidate arrives late for an interview and offers little explanation, this could suggest they have this toxic personality trait. Indeed, a whopping 93% of employers believing that turning up late is one of the worst things a candidate could do.

You don’t want an unreliable candidate anywhere near your business. Not only will an employee who is serially unreliable constantly let you and others down, they’ll potentially cost your company new business.

Unreliability is a fairly easy trait to identify in candidates. If they’re consistently emailing you for details of the interview, despite you already informing them of this information, this is a huge red flag.

Alongside this, if they let you down at the last minute or take ages to reply to your messages/emails, it might be time to send them packing.

Employing someone who is closed-minded can potentially leave you in all kinds of trouble. Not only will they not be open to learning new skills, they won’t be versatile, and their potential won’t be that high.

A key way to spot this when interviewing is by asking specific questions. If your candidate doesn’t have a certain skill that the role requires, ask them if this bothers them. If they respond with a willingness to learn new skills and adapt, then you’ll have your answer!

Versatility is a great trait to have in a candidate, and this can help to improve the efficiency and productivity of your workforce!

How to Avoid Making Bad Hires

Making a bad hire can cost a business dearly. Fortunately, there are ways to limit the chances of making a bad hiring mistake, and this usually comes down to ensuring the candidate will fit in with your company culture.

Of course, you want the skills, the know-how and the experience, but you’ll also be recruiting a human being that will have to mesh and work well alongside your current team in order to succeed. Personality matters when hiring, so be sure to take this into account to avoid these toxic traits to make the best hire possible!