What you can learn from the ‘Dark Ages’ of recruitment 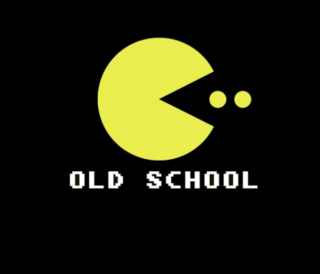 I had a guy debating some recruiting matter with me on social media last week. To make his point, he finished with what he clearly felt was a telling coup de grace.

“Well, I have been recruiting since before LinkedIn came along, you know!”

In his recruiting world, LinkedIn was the ultimate game-changer. He considered it a badge of some considerable honour, that he had recruited in an era without a ready-made public database, available for rape and pillage by every recruiter on the planet.

He was clearly a good guy with a sound point of view, but it did get me reflecting.

LinkedIn? Seriously? That’s your recruiting ‘big bang’? For my many sins, I was recruiting 15 years before the Internet came along. I was deep into my recruiting career 7 years before the fax machine emerged as a business tool. And long, long before anyone had a computer on his or her desk. So no ‘data-base’ at all, unless you count cards in a box, and paper files in a cabinet.

Prehistoric? Hilarious you say? Maybe. But what can we learn from that era? What skills, honed in a different time, still resonate?

Quite a few, actually. Pay heed. Here begins the lesson from the ‘dark ages’.

No one sent you a job description in the ‘dark ages’. There was no 2-line email from a disengaged client saying, ‘send me someone like you did last time’. (And trust me, many recruiters act on this type of ‘brief’ right now, scurrying around like headless chooks, busily working hard for the pleasure of NOT being paid!). No, ‘dark ages’ recruiters took briefs over the phone. Or face to face. And the good ones became mega-skilled at qualifying those orders. In other words, working with the client to create a brief that is fillable! They asked the hard questions. They gave advice. They finessed the requirement. To the benefit of all parties. They sold exclusivity and retainers. These are skills lost on most recruiters today, who hardly speak to their clients at all, and try to fill orders by keyword matching candidates’ resumes against emailed briefs. Madness. Take me back to the ‘dark ages’, please!

Listen up! The telephone is the most powerful social tool you have. Yet, so may modern recruiters ignore this weapon of mass placements. And the beauty of the telephone is that it allows you to influence crucial decisions. (Decisions so many modern recruiters leave to chance). You try to convince a client, via email, to interview your candidate whose résumé looks a bit patchy. And I will try the same thing on the phone. Want to bet me some money who wins? You send an Inmail or email to a candidate you want to headhunt. Go on. Do it. (Millions of recruiters do only that!). What’s your success rate compared to mine, once I have them on the phone? ‘Dark ages’ recruiters were masters of telephone influence. It was a beautiful thing to listen to. I mean it. Gorgeous. I am not talking about hard sell. Quite the reverse, actually. I am talking about charm. About reason. About subtlety. About seeking to understand. About listening as an art. About common sense. There is little more exhilarating than being in a room full of sophisticated recruiters making things happen on the phone. Now? Seriously? It’s like being in a public library. Or a typing-pool from the fifties. I have to get up and leave.

I have no time for the data-scientists and other ‘techno-screeners’ who tell us we should use keyword matching to screen candidates. In fact I see millions of dollars being lost by incompetent recruiters using 5-second résumé screening. Dark ages recruiters knew that an hour in an interview with an inappropriate candidate was a dead hour for them, and for the candidate. But they also knew that a great candidate might not shine through a résumé. So they phone screened. Powerfully, efficiently and with deadly effect. Honing in on great candidates, and gently screening out the less appropriate with empathy and guidance. Now? It’s almost as if actually speaking to the candidate is a dirty thing to do. Sad and costly.

Oh, but now is gets sexy. I am not saying I was a super-star at this because basically I was not that good at anything to be honest, (except kicking a rugby ball, maybe, but that did not help with placements), but one of my best party tricks as a young manager in the ‘dark ages’ was to pick up the résumé of a good candidate that a recruiter was struggling to place, and phone a client to ‘sell them in’. (Any of my ex-employees remember me doing that? Please do tell in the comments below). Yes, I would research the candidate first, and yes it’s best if it’s your candidate, and you know them, and believe in them, but the lesson holds. Dark age recruiters would get their candidates interviews over the phone. Do you remember the scene from ‘The Wolf of Wall Street’, where Di Caprio is unemployed and sells penny-stocks over the phone to ‘shmucks’, as they called them? Well, it’s nothing like that because I told no lies, and you must tell no lies, but it’s everything like that because it’s all about phone influence! Today? We have become experts at sending emails with résumés attached. WTF?

This makes me want to cry with nostalgia. Urgency! In the ‘dark ages’, if a great candidate came to see you, you knew that if they left your office, you had lost them. Literally in some cases, because they would go across the road to a better recruiter than you, who would move fast and get the job done. But even if they did not go to another recruiter, you had lost them for a day at least. No mobile phone. No email. So the dark ages recruiter was an urgency freak. If the person they just interviewed had the skills, and the client had the need, the two would be put together. Fast! The candidate would be given a coffee and asked to wait with a mag. The recruiter was on the phone to the client in a matter of seconds. The interview created there and then. The candidate briefed, enthused, and if necessary given the train-fare to get there. But wait! The candidate is not in her best interview clothes? No matter. I have seen with my own eyes a great dark ages recruiter take that candidate to the bathroom, and swap her corporate clothes with the jeans of the candidate, and send her off to interview. Got the job too. Today? Are we doing that? Or even thinking like that? Or are we stuck in process to the exclusion of outcome? Hmmmm?

One of the things I ask recruiters to this day is this, “who are your three most placeable candidates with XYZ skills”. It is incredible how many turn automatically to their keyboard to work out that simple answer with the help of their database. The ‘dark ages’ recruiter could quote you their best candidates in their sleep. They could tell you their skills and their qualifications and their availability. They could remember candidates they placed, and did not place, from 10 years ago. There was no database other than the database of the brain, and memory was a prized dark age recruiter skill. Now? We can’t even remember how to use our database search function in some cases, let alone recall our hot candidate profiles. Digital has made us lazy and hazy.

In the ‘dark ages’, when we left the office, it was over.

Think about it my recruiting friends. A recruiting job with no Internet. No mobile phone. No database. The working day was hectic, hard and non-stop in the dark ages. But when it was over, it was over. No ‘urgent’ mobile call at 8 p.m. No text with a candidate accepting a counter-offer at 9pm. No ‘urgent’ email to return at 11 pm, and stress over all night. No temp bombing out at 6 am. via Twitter.

When the work was done, the play began.

And man, how we used to play in the dark ages! But that is another blog. Another blog I will not be writing any time soon.

What about you? Do you remember the ‘dark ages’? What skills do you use today, that you learned back then. Please share in the comments below.