Why Candidates Decline Job Offers (And What To Do About It) 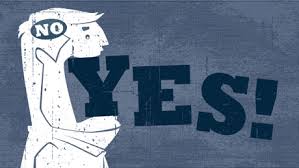 Every recruiter has had, or will have, the experience of a candidate declining a job offer, contrary to everything the candidate has said or done up until that point.

This is a very expensive failure of your recruitment process because at the time of the offer you have completed around 95% of the necessary work and have collected (if you are a contingent recruiter) precisely 0% of the fee. If your second best candidate is not to your client's liking, or if the second best candidate is not your candidate, then you either (i) have to start the whole sourcing process again (bad), or (ii) lose the placement to a competitor (really bad).

I still shake my head thinking about the candidate (an experienced recruiter) who I had taken through three interviews, only to ring him three times (once each at work, home and mobile) to offer him the job (which was explicitly communicated in the mobile phone voicemail message I left him) and never hear back from him. I caught his eye a few years later across the room at a recruitment industry event and at least he had the good grace to pretend he hadn't seen me, saving him from a potentially embarrassing conversation.

Why do candidates do this?

Candidates decline jobs, almost always, because they have doubts about some aspect of the position (eg duties, remuneration, reporting manager, reporting line, peers, colleagues, etc) or doubts about some aspect of the company (eg size, location, industry, financial success etc). Candidates know that expressing doubts is not helpful to their chances of becoming the preferred candidate.

In most instances the candidate never had a strong likelihood of accepting the job but the recruiter optimistically ploughed ahead with the process, hoping that these doubts would prove to be unjustified.

As a result they generally keep these doubts to themselves. It's human nature that a person would prefer to be in the ‘power' position of declining a job offer rather than being ruled out of the running by the employer or recruiter due to another suitable candidate expressing greater enthusiasm for the role. Candidates typically want to keep as many (close-to-suitable) job options open for as long as possible.

Here are some pre-suppositions that I always found helped me to avoid the ‘turned down offer' scenario:

Pre-suppositions are statements that are not necessarily always true however it's to your advantage to act as if they are true. When you act as if each of the above is always true then you dramatically reduce the chances that any assumptions you make about candidate behaviour (either consciously or unconsciously) will de-rail a potential placement towards the end of a recruitment process.

Because of our recruiting process, we rarely, and I mean rarely (hasn't happened in the past 24 months) have a candidate not a accept the offer once it is made.  If there are questions along the way, or 'doubts' as you say, we are discussing them.  If the doubts linger and we can't figure it out, we halt the recruiting process.

The end result has to make sense to both parties. If one side is hesitating, we take it off the table.  We strive for win-win for everyone and moving forward when both parties aren't 100% on board can be futile.  Let's save the heartache and stop the process.

Quite honestly, we don't 'act' like the suppositions in the article are true, we ask the questions and find out what is going on, then respond accordingly.

@ Ross: This is excellent! While I'm familiar and agree with what you've said, you've added much more valuable information, which I'm going to save. An additional point that I use to lock in deals is to (whenever possible) NOT send out written offers, but send out written acknowledgements of the verbal acceptance of an offer. A written offer is like a hunting license a candidate can use to further their own interests. Fundamentally: we should perform complete due diligence in asking questions and communicating with candidates, just as you've said.  ... I recently had an interesting scenario where a candidate accepted on the basics, and continued to negotiate on little things here and there after. We got him- it was frustrating.

@Linda - thanks for your feedback. I agree. Of course the recruiter-candidate relationship is vital, that is a given. None of my suggestions are likely to be consistently effective if the recruiter hasn't built rapport with the candidate to begin with. The point of my article is to provide suggestions as to how that relationship can be enhanced. A professional recruiter should be able to build the candidate's respect, and thereby strengthen the relationship and maximize the likelihood of a win/win/win outcome, when they act in the way I have suggested.

@keith - thanks for your feedback. I really like your suggestion of a written acknowledgement of a verbal acceptance. I'll definitely pinch that idea - thanks!

Thanks, Ross. Some people disagree with this approach and have decent reasons, but I was taght this and think it helps. Please keep blogging!

While all of this is recruiting 101, it is a great idea to review, even for a seasoned veteran.

A recruiter who is alert will see the signs and ask more probing questions. This will reveal that the candidate has a competing offer, was using the job search as an exercise as leverage for a raise at their current company or is waiting for an offer from their number one choice.

I learned in my first year as a recruiter that the close begins with the first phone call. All subsequent contact with the candidate is part of the logical process which culminates in an offer and acceptance. When the process is followed properly, the desired (and expected) results will follow.

Human nature does not change with candidates. They betray themselves whether it is over the phone or in person. Be alert and ask questions is always the best policy.

Thanks for a great read.

So wouldn't it make sense to have this conversation with a prospective candidate before the sendout?

Something like:
Dude....all I ask is that you be straight with me. If, after the X interview, you dont want the role....just tell me... and I will pull the plug. This is about YOU. I love you. I want YOU to be happy. Dont be THAT guy who turns in the "Im a pussy" routine and avoid my calls or emails because you think I cant handle what you think is bad news. This is not bad news. Cancer is bad news. You turning down an opportunity is not going to affect OUR relationship. OK? You and me? We're besties!!

What do you think....Is that something you can do? (PAUSE)
Are you SURE? (PAUSE)

Now obviously....you want to make it your own. But the point is....address potential turndowns NOW.
Make LIGHT of it ....make FUN of it....(hey...it aint cancer) ....and set up expectations BEFORE the sendout / offer.

Here's ANOTHER reason why they don't call you to reject the offer: they associate YOU with the OFFER. And that's YOUR fault. Untether YOURSELF from the JOB your pimping so candidates can be HONEST with you.

Another course of advice would be to *never go after anyone good enough to HAVE another offer- that'll take care of things.....

*If you're a run-of-the-mill company going after people with much-in-demand skill-sets, you may be unintentionally doing this already...

That's the thing that's bugging me. What if you have TWO clients waiting on offers for this candidate?
I would imagine said candidate wouldn't disengage you, right?
Unless BOTH were inferior to a third?

I used to take it personally....like it was my fault when the candidate flaked...or didn't show on the first day....or disappeared after the 2nd week. And I would feel awful. Now? Roll with it and preclose the backup candidate.

This is a crazy business.

@ Darren: Yep. Can't speak to that any more- haven't done contingency for a long -time

Interesting post. Since everyone else seems to be responding from a TPR perspective, I will add a few (hypothetical) observations representing the candidate side.

First: yeah. I'll play along to see where this goes. You are not my BFF and I am smart enough to know you are far more inclined to be calculating your potential commission from this placement than concerned about my career progression. As far as I know you have submitted other candidates to this client and have your fingers crossed that they pick any of them.

Second: As a respectful candidate, I will compliantly answer all of your clients random interview questions as I ponder whether or not I would feel comfortable spending +/-60 hours a week with someone that wants to know what my favorite vegetable is so they can assess "how I think, solve problems and deal with ambiguous situations" FML!!!!

Third: I didn't humor you and have no intention of playing games by waiting to see if I get an offer only to accept a counter offer from my current employer. If I subjected myself to any of the above nonsense it is because I AM ready to move along to something, somewhere new. However, that doesn't mean I will be easily enticed if I don't see significant upside compared to my current situation. Your job is to know what that looks like and make it happen.

Fourth: Accepting or declining an offer involves a tremendous amount of emotion and evaluation. (BTW: getting an offer in writing is not an unreasonable request, it is what any prudent business person would expect). Sometimes it truly does come down to gut feel. It may be a an uneasiness with something subtle (or several red flags) along the way or a major deal-breaker due to how something in the final offer negotiation was handled.

Finally, due to being conditioned as a candidate to not get too invested in any single opportunity, by the time things get serious is when I still wonder what happens if they really like me and make an offer, but I'm still stuck in the mode of I've shown you mine, but got gypped on seeing yours? By this point I'm going to look foolish when I admit I need more time or more information to make sure this is the right fit for me... After all I didn't get a chance to ask what kind of vegetable the hiring manager is.

THAT is where the opportunity to develop trust and rapport comes in! Rather than take the position that your candidate is going to jerk you around at the last minute, make sure you are thinking about what they are going through during this process.