Why I fired my job at Zappos.com I remember it like it was yesterday. The whole process lasted about three months, which included several different interviews, tests and onsite visits when I finally received the call I had anxiously been waiting for. I had just accepted my offer at Zappos.com as a customer loyalty representative.  Zappos.com had been listed as the #6 company on the “Fortune 100 Best Companies To Work For” list.  I was elated!

I began my journey like almost every other Zapponian and started my first day in our four week new hire training class. From that moment on, I instantly became enamored with my new job. Reflecting on it now, it wasn’t the job itself that made me happy, it was the people at the job that made me happy.  From new hire graduation, to being introduced to some of my current best friends, to random office shenanigans, to personally growing from a call center representative to a full time recruiter, to attending various All Hands Meetings, to winning corporate challenge, to staying up late to put the summer interns' swag together, to traveling to different colleges, to birthday celebrations…etc. (literally the list could go on & on). My point is that none of that would have been what it was without the people. 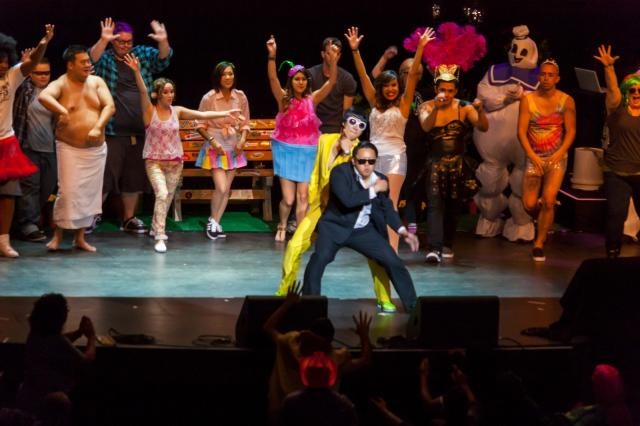 (Yes, that’s me in the pink cupcake costume on stage!)

Like any other business or aspect in life, things change over time.  One of the constant questions we had to ask ourselves as a company was: “How do we scale our company culture as we continue to grow?”

In the three and a half years I had been a part of the company I had seen tremendous growth and change.  To be honest, I think it all really started changing for me when we moved into our downtown office.  I felt something about the new design that actually pulled us further apart. I couldn’t quite put my finger on it, but I seldom saw office parades anymore. I believe where it really began to change though was when Holacracy was introduced to the company. It was first piloted with the HR group, which I was a part of, and then after a few short months our CEO Tony Hsieh decided to run with it and take it company-wide; however, what we started to notice was that not the entire company was on board and utilizing it. So, in essence, we were kind of living a double life.  I slowly began to see what made me so excited to come to work (again, the people) begin to change.  A company that was once so driven by its 10 core values was starting to drift further away from them. Instead of having that team & family spirit, I began to see co-workers become more siloed and very protective of their work.  No longer did people say, "Hey let me help you with that!" Instead "Sorry that’s not my accountability" became the norm.

Things then began to go faster and more new projects or “innovations” were being mandated/tested at our company. We introduced a huge tech migration which internally we referred to as “Supercloud”. I could definitely see the long term benefits of this massive migration but in the interim it bogged down a lot of our tech folks which made their work less exciting. We also introduced a pilot system in our call center that we called Open Market: an online scheduling platform which allowed our call center reps to set discretionary hours and be compensated based on an Uber-esque surge-pricing payment model.

In addition to the above, a lot of employees were leaving Zappos, from newer employees, to more tenure employees, to senior level employees.  Just on my team alone, the recruiting team, we had lost more than half of our team in the course of a year. We took a hit, as I’m sure many other teams across various departments did as well. 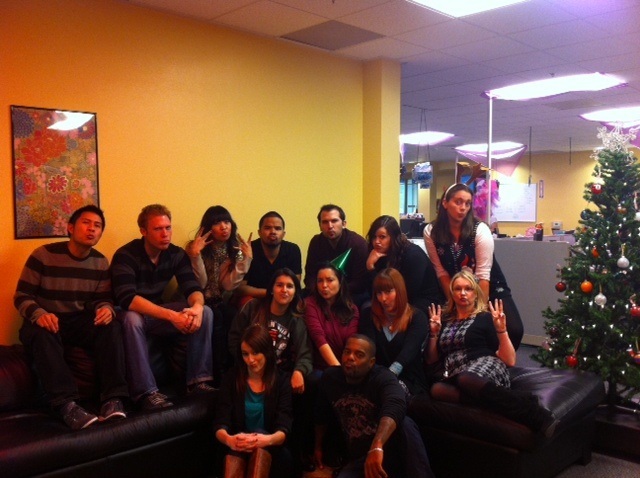 (Zappos Recruiting back in the day)

In my last few months at Zappos, I began to really question my job.  The work was non-stop so of course I would come home with it. I felt the weight of my job was negatively impacting my lifestyle.   I began developing constant migraines and was literally making myself sick to my stomach. As a recruiter, you speak to several prospective candidates who are interested in working at Zappos. Without a doubt, they’d all ask me the same question “What’s your favorite thing about working at Zappos?” When I found myself having a difficult time answering that question honestly, I knew it was time for a change. I considered transferring to a different team or department but ultimately, I needed to answer the question: “Was Zappos where I wanted to be?”

After doing a bit of soul-searching and chatting with several different employees, I finally made up my mind.  Zappos was not heading in a direction that aligned with my direction, so I fired my job.  I’ll be honest; this was not something easy to do. But not for a second do I regret my decision. Yes, even after they released this article days after I quit.  The Zappos Family will forever be in my heart and I am so very thankful for everything they’ve given to me over the past three and a half years.  I learned so much and met so many great people and I will forever cherish my memories there. However, I've decided it's time for me to move on. Which is one of the many reasons I started this blog.  I think a lot of times we let the fear of the unknown or what people will think of us get in the way of what we truly want in life.  People may think I gave up but I don’t look at it as quitting or giving up, I look at it as simply letting go. So with that, cheers to new adventures!

Thanks for reading! View the original post here: http://bit.ly/FiringZappos Disclaimer: The entire contents of this blog post are based upon the opinions of Christina, aka simplythebates, unless otherwise noted.