Why Richmond is a Great Place for Your IT Career 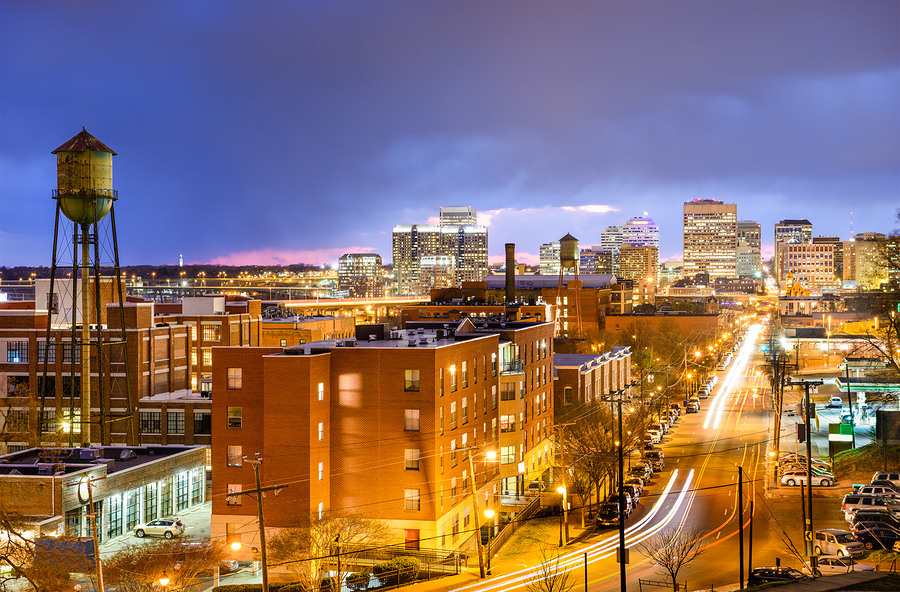 As someone working in IT, there’s a lot you already know about how great an industry it is. Tech skills are in hot demand across the country, and you likely have many choices on how you’d like to grow your career from here. Faced with an abundance of opportunities, the question then becomes: where should you live and work next? One city near the Eastern Seaboard has the answer. Here’s why Richmond is a great place for your IT career.

The area’s overall unemployment rate was recently down to 3.8%, a healthy amount lower than the national average. While on its own this indicates a strong job market, the story gets even better when one considers the unemployment rate in tech stands at 2.5%. And according to Virginia Governor Terry McAuliffe, there are 36,000 tech jobs in the state that start at a salary of $88,000. Recently, Governor McAuliffe signed a bill making Computer Science a part of the core curriculum in every K-12 school in Virginia. This legislation underscores the extremely high demand for tech talent in the area.

In fact, the Governor’s office also proclaimed Virginia as the number one state in the nation for cyber security, data centers, and unmanned aerial vehicles. Considering that the first-ever “Virginia is for Computer Science Lovers” week just concluded, it’s clear that the demand for and interest in those with tech skill sets is reaching a fever pitch in the area. Nowhere is this highlighted better than in Richmond Mayor Levar Stoney’s statement: “I want to be in the center of everything, not do I only want to be in the Capital of the Commonwealth of Virginia, I want to be in the center of all things arts, history, culture, and this week and for every week–52 weeks–technology.”

A Hub of Tech Activity

Considering the great need for tech professionals in Richmond, some may be surprised to learn that the region is already a vibrant tech hub with a large community of IT talent alongside organizations and startups growing their tech operations. One glance at recent news items is all it takes to catch a glimpse of the activity. Behemoth Amazon just announced it will open a 320,000-square-foot facility which will be its third in the area. There will no doubt be a need for IT professionals to maintain such an operation.

Outside of the job, those with tech skills in Richmond love to come together. While user group meetings and career expos are prevalent in the area, some of the most rewarding activities involve giving back to the community. In July, 100 volunteers participated in a 36-hour hackathon designed to find technology solutions for local nonprofits. Likewise, students at the Virginia Robotics and Cyber Academy recently helped teens with disabilities gain tech skills.

One of the most exciting sectors of the Richmond Tech industry is the buzz surrounding autonomous driving technology. Recently, Torc Robotics’ self-driving vehicle made a round-trip cross-country drive of over 4,300 miles, returning triumphantly to Richmond. Governor McAuliffe shared his commitment to the field by stating, “This (autonomous driving) technology is coming, and we want to be in front of it here in Virginia. We want to be the leader.” As a pledge to the industry, the state is planning to install 85 miles of sensors on highway 95, much to the delight of tech professionals in the area.

It’s clear that Richmond is an excellent place professionally, but can it be just as good outside of the workplace? The answer is a resounding yes. Richmond is drastically cheaper than many other cities that traditionally come to mind when one thinks of technology. Consider Silicon Valley. There’s no question that area would be a beautiful and exciting place to live for a tech professional, but it turns out there is a downside to living near the headquarters of the world’s tech giants.

If you considered a job in Silicon Valley, it would be natural to consider living in San Francisco, a lively city in its own right. However, statistics show that living in Richmond is 47% cheaper than living in that fabled city by the bay. And as for the locale of Sunnyvale, even closer to Cupertino and Mountain View, Richmond is a whopping 58% cheaper. It turns out that even if a salary is 10%, 15%, or even 20% higher in California, once the bills are paid you will be left with more money in the bank (or in your pocket for a night on the town) in Richmond. The same holds true for East Coast tech hubs such as Washington D.C., which is 32% more expensive than Richmond.

A Fun Place to Live

Finally, there is one fact that makes the decision to move here easy for thousands of tech professionals: Richmond is fun. There is an abundance of activities for any age or any interest. Museums and historical landmarks are plentiful for history buffs, new restaurants and breweries are constantly popping up for foodies, and for those looking for a thrill, Richmond boasts the only Class IV whitewater rafting in an urban setting in America. It’s a great place to raise a family with several institutions of higher learning nearby, and contains wonderful outreach programs for youth. Any way you slice it, Richmond has something for every lifestyle.

Why Richmond Is a Great Place for Your IT Career

Simply put, Richmond IT careers are some of the best in the nation. With strong job security, high salaries, a healthy community of tech peers, and more, the region is a great place to live and work in. If you’ve been searching for that next great stop in your tech career, search no longer. Richmond is ready for you to call home.