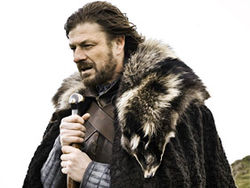 I wrote this specifically for the DC Metro area but it is applicable for anywhere in the US for Government contractors.

The theme is prevalent in the HBO show and book series Game of Thrones. It’s a prophetic thought that is set by these three words.

“Winter is Coming” is the motto of House Stark. The meaning behind these words is one of warning and constant vigilance. The Starks, being the lords of the North, strive to always be prepared for the coming of winter, which hits their lands the hardest.

In the DC metro area we have seen winters come and go with only minor irritations. However the mood has changed and like the rest of the United States, the great recession looks to be upon us. The first thing we saw was furloughs. Then a shut down.

As a recruiter in the security-cleared community for the last 10 years, I have seen my share of ups and downs. The winter that is coming will force a change due to several factors.

Firstly, there are more qualified job seekers. Twenty years ago it was difficult to find qualified candidates in newer technologies and roles because they had not been needed previously.

Things needed to be built, upgraded, and protected in ways no one had thought of before. The internet was young but growing at a rapid pace. There were a handful of people that knew how to grow it. Those folks were swept up by the West Coast and its tech monsters such as Microsoft, Google, and Amazon. To have people with clearances that were in this market was a rare commodity. They could ask and charge a great deal more for their services.

Companies took note as did the Government and the promise of delivery at a higher cost was accepted. Over time however more people with clearances in hand entered the market through traditional means such as colleges and also from the military. People took note of the better paying positions and trained themselves accordingly. This started the influx of talent to the area. As more and more people with in-demand skills came in to the market, salaries became more competitive.

Secondly, Federal contracts that were traditionally battled over by the largest contractors have been faced with a slew of smaller, cheaper, and somewhat more efficient small business contractors. Their overhead being less, these smaller companies are able to offer the same services at a greater cost savings to the Government. Contracts now more than ever are being scrutinized by cost of staff and performance.

To compete, larger contractors have cut salaries or reduced staff. When contracts come up for competition or re-compete, typically after 3-4 years, the contracts are being revised, maintaining the more cost effective staff and replacing the more expensive staff with lower-salaried personnel.

How Do You Prepare

Brace for the change and understand that it’s coming. Salaries are likely going down or are going to stay the same with little increase. The most affected in these cases will be managers that are not hands on. When a contract is won by a non-incumbent, typically the first thing replaced is management. The second is the higher earners that the winning bid underbid.

Contractors who are on staff are usually given right of first refusal for the position, but not necessarily at the same salary or benefits. You need to take in to consideration how this will affect you. Leaving without a new position may cost you even more. A new contract may pay less than what you are currently making.

DoD and other Federal branches are requiring new certifications on top of clearances. Some are not presently required under the current contracts. For example Information Assurance is on the list with the 8570 training certificate. If you can obtain other certifications within your field, you have a better chance of retaining or acquiring a better salary and position.