Your LinkedIn Profile May Say More About You Than You'd Intended... 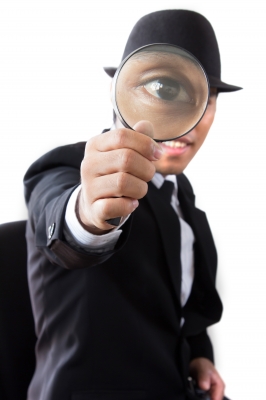 Despite the fact that the world and their dog now has a LinkedIn profile, too many members are careless about what they write - and what they don't write!

I covered much of this stuff some while go, but LinkedIn and it's members have moved on, so time for an update. To be fair, there are more blogs about LinkedIn profiles than I care to see, but seeing how too many people still ignore them, I minds as well add to the background noise.... but if you're job hunting; ignore this stuff at your peril.

First, let me give you some context: LinkedIn is probably more important to career management than their CV or resume (although they're still vital tools). I've reckoned that since December 2011. I admit it, I prowl LinkedIn's corridors (although it's far from the only place I look) looking for people, but I don't just find them there - I validate them there... and it's as much about what people don't write, as much as what they do. Let me explain what I look for anyway.

Number of connections:  Nobody has to prostitute themselves here, but if they claim to be a great networker and have 58 connections, I'm not going to believe them. If they're in an IT related industry I'd also expect them to be a little more savvy than the norm. And any salesperson with less than say, 100 connections, isn't aware what LinkedIn could do for them to find new sales opportunities - and that's lost credibility in 2013. Come on - keep up!

Photo: Anybody in sales or marketing with a dreadful flat, unsmiling selfie, clearly doesn't understand some of the basic principles of packaging and presentation. Lost points again. They don't have to smile, but it probably helps, they just don't look like a grinning idiot. And if they have one of those power shots taken from low down, wearing a pin-stripe suit, and their arms folded looking serious, I'm very unconvinced. Anybody making that blatant a statement clearly needs a poke in the eye.

Job Title: Yep. I even wonder about that. Has the individual taken the opportunity to add some interest or unique feature? They may have even included their telephone number. I have to say I think that looks just a tad desperate, but at least they're making themselves available and easy to reach.

Summary: For me, this part is the most important. Their LinkedIn profile is a chance for them to betray a little of their personality, so they should take it. I'm not saying they shout from the roof tops, but they should try to avoid generic phrases and boring crap. Interest me. Perhaps tell me something unusual, or use language with energy and a deliberate tone. And use key words and phrases. They're easy to spot and indicate that they may know what you're doing in this digital age. (The guidelines for a LinkedIn Summary are similar to your Personal Statement on your CV or resume. If you'd like read more about that, CLICK HERE)

Career: Keep it short and accurate, and don't make me think they can't differentiate between strategy and detail by telling me they increased calls per day by 0.5 in 1998. Park some key words around just to help their search rating.

Education: Not really relevant unless they're a recent grad, so keep it short.

Interests: If they must, but they should keep their interests INTERESTING, or not bother.

Recommendations: They should have some! And if they can get them from customers, great. Even if they have all their recommendations from colleagues in a one-month window (which shows they're looking for a job or else why would you bother?), at least I know then have some organisational skills!

Endorsements: Although we'll all have endorsements from people we don't know, over time, cream rises to the top. I'll start to take notice of the top six if they have more than 40 or 50, but not give them much more of than a glance otherwise.

Groups: They should belong to some at least. If they're aimed at their target markets I'll probably conclude they know how to use LinkedIn to find customers. If they're aimed at groups that are about their job function, there's a good chance they're looking to move on.

What else can be useful?: They can put a whole pile of other stuff nowadays on your profile. Do everything and it can look too fussy. If they're job hunting a short YouTube profile could be good. Or even a PowerPoint CV/resume on SlideShare, but I'd leave it at that. If they've not convinced somebody they're worth considering by now, all the detritus in the world won't save them. Remember, simplicity is beautiful.

They could make yourself an Open Networker, or display their phone number and/or email address where they're easy to spot. I'm flabbergasted that so many job hunters hide their contact details. What would they do that?

So, in summary, they should keep things high level and crystal clear. They don't need to write War and Peace, but they shouldn't look lazy by writing next to nothing - when you also make yourself look irrelevant and out of touch. They shouldn't be afraid to show some personality, and avoid "Planet Bland" - that's where all the dull people live wondering why the phone never rings...