Why Successful People Do So Little and Why You Should Too

Ever since lockdown ensued in early March, we’ve been rather limited in the decisions we’ve been able to make in regard to what we do. Whether it’s visiting friends and family, going out for dinner and drinks, or even going to the office, our ability to move freely and do as we please has depleted—many of us have just had to stay at home.

But what if we were to tell you that the uber-successful have been doing this all along? They’ve not been stressing about where to go, who to see,…

The growing number of channels in which to advertise your business online can be a tempting route to target your ideal audience. Businesses have flocked to digital media to gain traction for their brand, but they’ve dismissed an incredibly valuable and highly successful form of marketing – direct mail.

The preconceived image of direct mail as an…

How is the beauty industry becoming more environmentally friendly?

Firstly, we want you to make eco-friendly decisions on beauty products with all the right information. There is a… Continue This year has been no easy ride for businesses and the individuals within them. Since the pandemic forced a lot of us to work remotely, finding the motivation to persist with our everyday tasks has been a challenge. It is now more important than ever that employers recognise and reward their staffs' efforts to continue working through these…

The importance of apprenticeships cannot be underestimated

With university the obvious next step for many school leavers, attracting new talent can be competitive.  While the benefit of apprentices to e.g.  growing businesses can't be underestimated.  The ability to train your staff and integrate them into a working culture has its obvious advantages. But the reasons for creating on-the-job training courses for new talent are increasing every day. Here we look at how businesses are benefiting from apprentices, and how they can grow in the…

The Billion Dollar Ballers and How Much They Pay Their Staff

If we trawl back through the depths of history, we are able to lay our eyes on some pretty wealthy figures.

We aren’t talking mere millions here either. No, that would be considered pocket money to some of these folk.

Take Mansa Musa for example. King of the Mali empire, Musa lived between the years of 1280 and 1337. His wealth? Well, it can only be described as ‘indescribable’. Then we’ve got the likes of our modern-day monetary giants—the Scottish American industrialist,…

The Truth Behind Construction and Engineering’s Lack of Women

Evidence of a gender imbalance in the UK construction industry should come as no surprise to anyone. Even though the misconception of men dominating the STEM subjects can be disproved through a quick Google search (female students outperform male students), the same articles suggest there are continual obstructions to women participating in subsequent industries.

According to reports, sexism, a lack of role models, and anxiety over career progression prevent women from pursuing a…

The Right Way to Leave a Job

A 2018 Deloitte Survey which analysed 10,455 millennials, born between 1983 and 1994, from 36 countries across the globe, found that 43 per cent of people didn’t plan to stay in their job beyond the two-year mark — the ‘job-hopping’ generation. Furthermore, only 28 per cent of the people included in the survey expected to stay in their job more than the recommended five years. This pattern of behaviour was shown to be stronger in 2019, when a millennial manager survey found that 75 per cent…

Sustainability – An Employer Must in 2020

Back in 2015, representatives from nations all around the world met to sign an initiative that would help combat the damaging effects of climate change.

This very first globally collective effort in terms of reducing greenhouse emissions, to which 179 countries have formally agreed their commitment, focusses on limiting the rise in global temperature increases by two degrees above…

Is My Job One of the UK’s Most Dangerous?

Most of us work in comfortable 9–5 office jobs where the biggest risk to our health is spilling hot coffee on our lap or getting a papercut. Although all jobs have their own sort of stress, there are some that can risk workers lives.

The International Labour Office (ILO) estimates that there are around 2.3 million workplace fatalities and 340 million injuries every year — that’s 6,300 deaths every day. Here, we take a look at the world’s most dangerous jobs in the UK.

Young people should be able to do anything they set their heart on, regardless of their gender. With that we’ve focused this article on gender equality in the workplace, and how we can debunk the tired stereotypes that have been holding us back.
Do we attach genders to jobs?

Often, people have been held back in certain fields due to unfair gender bias. Not only do we assign gender roles to people within our society, but we also stereotype jobs with these same set of arbitrary…

There’s never a wrong time to learn a new skill or trade. If you feel like you’re stuck in a job or career which isn’t right or you, change it. Many people can fall into a trap of thinking they must stick to their first choice which they made at school. It may be daunting to challenge this idea and change your career. Embarking on an adult apprenticeship may seem daunting and like a huge risk. You may have questions such as will it work out? Or, what if I’m not good enough and can’t find a…

Inspiring the Next Engineers: Building Beneath the Waves

Inspiring the Next Engineers: Building Beneath the Waves
One of the most difficult questions we are ever asked is what career we would like to pursue. Where do we see ourselves in five years’ time? For those of us who do have an answer, there are a whole spectrum of routes available to us. For example, you may dream of becoming an engineer, but in what speciality?

There may even be routes you hadn’t thought of before. So, whether you have your mind set on becoming an…

Social media has been a world-changing phenomenon. Before Facebook’s founding in 2004 there was the likes of Bebo, Faceparty, and MySpace. However, the last 10 years have seen a huge spike in both users of social media and reasons for using it. In 2019, there were 3.486 billion active users on social media, equating to nearly half of the entire population having a social media presence. This was up by nine per cent since January 2018. But, with a lot of the world currently on lockdown due to…

Where are all the Female CEOs? - Women in Business

On the 8th March, we celebrated International Women’s Week, which focuses on forging a gender-equal world, celebrating women’s successes, and raising awareness of historic and present bias. There’s a lot of discussion around women in the workplace and underrepresentation in industry — 5% of U.S. ownership in the tech industry is women, and only 2.9% of black women study STEM-related bachelor’s degrees across the world.

This begs the question, what about women in…

Sustainable Jobs: What Opportunities Are There for Graduates?

As society places a greater emphasis on the social responsibility, we have to protect the environment and prevent climate change. As such, more and more of us are looking for careers in sustainable roles. Finding a job that is ideal for you after walking out of university is no easy task, let alone one that is eco-friendly. For the generations before us, signing the first job contract they see regardless of their ethical stance and personal opinions was a regular…

The Need for More Diversity in Trade Roles

The Need for More Diversity in Trade Roles

It’s fair to say that society has changed a lot in the last 35 years. In particular, there have been huge shifts in attitude when it comes to equality and diversity. Sky News reported on a study from 1984, which showed that 42 per cent of people back then felt men ought to take the role of breadwinner for a family, and women ought to be homemakers. 35 years later, only eight per cent of people still maintained these beliefs.

How to get a career in the Snowsports industry

Have you ever imagined yourself in a job that’s a little bit different from your everyday office gig? Perhaps you’re seeking a change in career and have been looking for something more adventurous? Choosing a career path can be a headache, but the decision doesn’t have to be difficult; your chosen job role may involve an activity or hobby that you already have a passion for. For example, gamers can now enjoy a career in games quality…

Covid-19 Recession: Can Your Business Handle It? 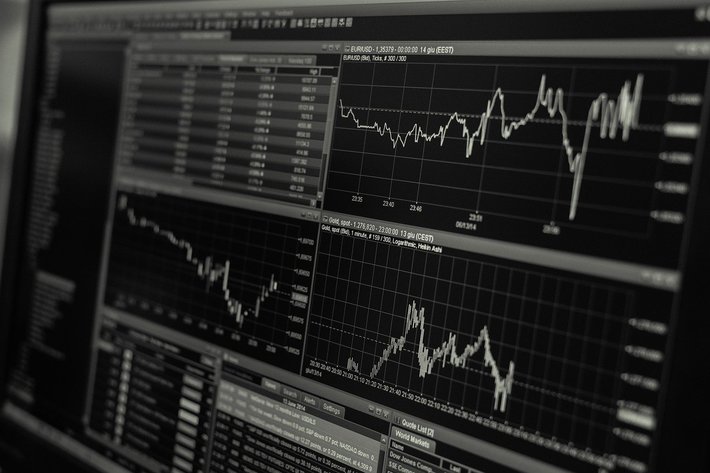 The global pandemic has not just affected health, it has hit the global economy, causing trouble for countries across the world—including the UK, which has entered its second recession in only 12…

For many businesses, penny-pinching hasn’t exactly been a choice lately, with lockdown regulations forcing the part-time closure of companies across all industries. However, in recent weeks we have seen life gradually return to somewhat normal as the government allows the reopening of many entertainment venues and businesses – including pubs, bars, restaurants, cinemas, and several more. Although this is the news businesses across the UK have been waiting to hear, it’s important not to get…