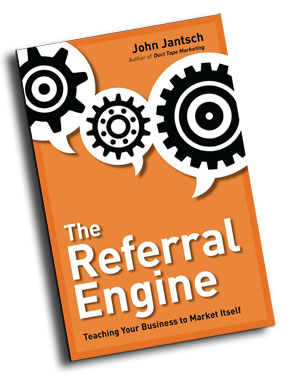 I recently finished reading John Jantsch’s best seller The Referral Engine –
Teaching Your Business to Market Itself. As you may know from reading my blog postings, I am an…

What the Future May Hold


According to a piece in the current issue of Bloomberg Businessweek, in order to get a global read on HR Management practices a survey was recently conducted by Boston Consulting Group and the World Federation of People Management Associations. A total of 5,561 HR professionals in 109 countries were consulted on topics such as skills gaps in 10 – 20 years; measures taken during the recent recession and whether they would continue; and a… Continue

What Einstein Can Teach Us about Recruiting

I know that sometimes it feels like we are all moving at the speed of light while dealing with massive amounts of info and expending a great deal of energy. We have requisitions needing attention, candidates wanting updates and upper management looking for better talent and quicker results while spending less. But Einstein’s famous formula E=mc2 is not what I am referring to.…

Is the Glass Half Empty or Half Full?


Whenever I am introduced to someone outside of work I try to find out as much as I can about them, what they do, where they work, do they like what they are doing. I
do this because…

Last week I posed the question “Does My Job Really Matter?” and received a number of well thought out responses including one suggesting that if I held up the letters D M J R M to a mirror that I would have the password to my CRM system. Still didn’t work.


But one respondent felt that making your job matter was…


You probably thought that I just gave you my password to my CRM system. If only it
were that easy to remember. No, the letters above stand for something much more
valuable than a password. They stand for perhaps the most important question a
good business leader should always be able to answer. They also stand for the
one question every employee should be asking of their employer and should
demand an answer from… Continue

A good vacation is over when you begin to yearn for
your work. ~Morris Fishbein


I associate
the month of… Continue

How to Get Rich Quick!

First of all, if you are looking for a good stock tip, or the name of the long-shot in the 6th race at Sam Houston Race Track, or the combination of
numbers in the Mega Powerball Global Lottery (3-13-23-33-43, 34 Powerball
number) this is not the place.…

Why You Hate Your Job

“In time we hate that which we often fear.”
-William Shakespeare


In a recent article for…

The Way Things Are

From the film Babe:


The scene: Christmas day on the farm. The pig, the cow, hens, and Ferdinand the duck crowd by the kitchen window, craning their necks to see which unfortunate one of their kind has been chosen to become the
main course at dinner. On the plate is Roseanna the duck…

Like most of you, I spent this past weekend relaxing, catching up on some long-neglected chores and between periods of light showers and heavy rain, enjoying some traditional July 4th fare, hotdogs, apple pie and lemonade.

I did give some thought about the reason for our celebration. I think many of us,…

What Keeps You Up at Night?

Is There Really a War for Talent?

I have always had a problem with the war metaphor when talking about Talent Acquisition. War always conjures up images of destruction, dying and wounded, bombings, explosions, protests, POWs and Saving Private Ryan. War also brings with it an expectation of resolution, an end to the conflict, a peace signing.


Under talent acquisition –as – war, there are the…