Technology is doing its best to kill creativity 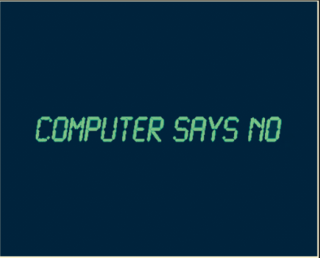 Browsing Twitter one day I came across a pretty senior level role for a prominent UK organisation. Nothing unusual there. But, upon reading through the job advertisement it soon became apparent that no thought whatsoever had gone into its make-up. Indeed, this job post was over 200 lines long and consisted purely of dull cut and pasted, bullet-pointed content lifted straight…

Ever been bullied in the workplace? How did you deal with it?

A survey I read not long ago said that 14 % of the UK’s workforce are bullied at work and 21% aware of bullying going on at their workplace. It reminded me of a few encounters I have had with office bullies, and how I dealt with them.

My first encounter with an office bully happened when I was working as part of a sales team and this new guy joined as Director. From day one we didn’t really hit it off. We were similar ages and had similar…

Copy that 'does the job' is fine. Copy that sells it is better 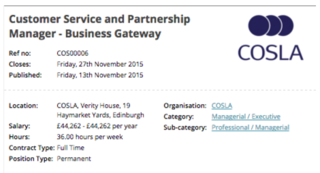 I'd finished work for the week early last Friday so decided, as an experiment, to throw an offer out on Twitter - I'd write a free bit of recruitment copy for the first recruiter to get in touch with me and send me an existing job ad or description. I didn't hold my breath, and to be honest, had no one taken me up on my offer I wouldn't have lost any sleep over it. I…

Do job seekers really not care any more? 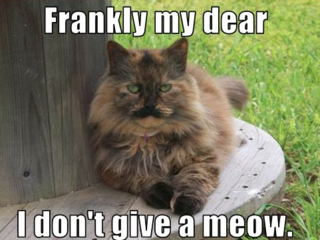 Some of you will be aware that I am not shy of bemoaning the fact that there are so many poor job posts littering the online space. You only have to visit a job board and pick a few ads at random to find cut & pasted job descriptions, phrases like "Our client are looking", hideous examples of awful grammar and a whole load of posts that just have no kind of sell or…

Someone in the office caught your eye lately? Think twice! (or, how what seems a good idea at the time can turn into a nightmare)

Way back when, my since dear departed brother and I worked together in the classified advertising department of one of the UK’s leading quality newspapers. No big deal – except that we were the only two men in a team of twenty. Were we tempted? Read on.

You would think perhaps that faced with such odds it would be hard to resist or avoid some kind of romantic liaison with one of our female colleagues. Indeed the guys from next door in production used to… I sometimes think people are thinking far too hard and becoming much too confused about the whole recruitment process and how to attract applicants.

Job boards to me are the ideal and only place I would look for jobs. Why? Because it is so bloody simple. I register and set up some search terms so that when a job is posted that matches my criteria I get an email alert…

Technology and the numbers game is destroying creativity of thought. 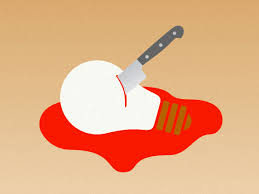 While browsing Twitter recently I noticed an organisation that was offering an all in recruitment advertising service for less than £200 (about $335), so I got in touch. Not because I have any jobs to advertise, but because I was curious. Here's what they told me:

"We will write your advert ensuring it is fully key worded to show up in the relevant searches. We will… 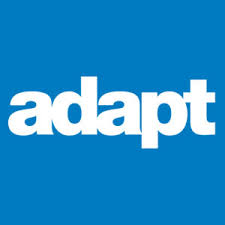 When I was growing up as something of a surly youth way back when, I had my own idea of what I wanted and what the world owed me. But, I soon found out that in order to get on in life, and in work, you need a degree of flexibility rather than a set of immovable expectations around which employers need to lightly tread. The difference is of course, back then we…

Who or what really, really winds you up at work?

A survey of 2,500 office workers carried out at the end of 2012 revealed that the most annoying trait amongst their colleagues was noisy eating.  Not surprisingly, general messiness, smelly food and irritating habits were also high up on the list of general gripes. But it got me thinking, other than the above examples, what is it that winds YOU up at work? Here are five of my own personal favourites.

At number five, what I like to call ‘the sarcastic welcomer’ i.e. the person who…

There's not a lack of talent, there's a lack of creativity and forethought!

The following is an elongated version of a comment I made recently about an article which posed the question "Does talent grow on trees" and debated whether there is a talent shortage in the current marketplace.

As someone who has worked in recruitment marketing for over 20 years, I would say there has been a definite dumbing down in the messages that some people, recruiters and employers alike, put out there these days under the guise of being a…

Ever wondered what the clever phrases in those job ads actually mean?

Conduct an online job search these days and you’re soon confronted with lots of ads, many suggesting, without actually saying it of course, that each day spent working with them will be just like dying and going to heaven, only better. But should they be taken at face value?  Is your workplace heaven? Or is it more like hell, despite what that ever so enticing advertisement that lured you there in the first place suggested? Here I take a lighthearted look at what job ads say and what they…

20 more interview questions and how NOT to answer them

Following the popularity of my original series of 20 interview questions and how not to answer them, I've once again revisited the job interview scenario and present for your delectation a bit of Friday afternoon fun:

Interviewer:  "How do you manage people?'.

Interviewee: "I don't so much manage as tolerate them to be honest"

Interviewer: "Describe a complex problem you had to deal with"

Interviewee: "Chlamydia wasn't much fun, but…

Remember before all this online technology shenanigans when we just turned up to work - to work? Did we insist that we had access to Pac Man, Pong or Space Invaders, or any of the other trivial pursuits you care to name, during working hours? Of course not. Then, when the good old 'Messenger' came along - Yahoo, AOL etc. - and enabled us to chat with strangers at our will - did we insist that our new distraction of choice be installed on our PCs in the office? No. So why, pray tell, is there…

I'm willing to believe that social recruiting works, but the compelling evidence just isn't out there

I’ve had a few run ins, albeit friendly exchanges of banter, of late with a few pro social recruiting types. Obviously it’s difficult to explain ones self fully in 140 characters or less so I thought I would take a bit longer to explain my stance.

I make no bones about it – I like social media. I said as much over 2 years ago in a blog that picked up on Ricky Gervais’s flounce (he’s since come back as we all know). Indeed I have gained business I would never have otherwise…

Is it time to banish the clichés and the errors and take a good hard look at the way you communicate?

Freelance copywriter Alasdair Murray on how some recruiters could gain a competitive edge over their rivals if only they thought a bit more about the messages they put out into the public domain.

They are there for all to see – the ‘new year, new career’ job ads that get wheeled out at the beginning of each new year. Someone somewhere clearly still thinks it’s original and a bit clever. Trust me, it’s not, nor has it been for many years. In fact, it’s become…

...for crying out loud make the content you reach me with worth reading!

Seriously, the more technology advances and, as a result, the easier it becomes for any old Joe to upload content onto a website, the more creativity seems to be going out of the window, particularly in recruitment.

What sparked my latest rant? I read somewhere today that as there are 5 billion mobile phone users in the world it follows that many  more people in the coming months and…

Are we the architects of our own employment downfall?

An interesting debate emerged recently when it was revealed that the UK actually has more jobless teenagers than Slovenia.

Straight away of course there were the usual "well what do you expect with all the foreigners coming over here" type comments and others blaming the generation before them for voting for this, that and the other, but it got me thinking (always a dangerous thing) - would it be silly to suggest that it's nothing to do with immigration, baby boomers, Generation X or…

Not a single day passes by of late without hearing the dreaded words 'global talent pool', but what does that phrase actually mean in practice, if anything at all?

Consider a typical recruiting scenario. You're looking for a mid-career engineer for a specific location. There is no relocation package on offer so straight away it would be fair to assume that 99 times out of a hundred your likely candidate is going to come from a 30 or 40 mile radius of wherever the business is situated.…

What IS a talent community anyway?

I keep hearing so much hot air and bluster from social media 'experts' about how talent communities are the way to go. But what does it all mean?

My understanding is that the idea is that companies try and make their customers, or in this instance, potential candidates, talk to each other. Engage in a cosy little chat within an online community with the notion of sharing information,opinion, ideas etc. But why???

Overshadowed only by marriage and buying a home, an individual's…