How NOT to Make a Video (when announcing your 2012 Internships)

Yep, this is what you DON'T do when making a video about your 16 new internships.

Once my knee stopped pulsating I finally pulled myself together.  Well, as much as I could.…

When Santa Feels Rotten, This is What He Does...

On behalf of my good buddy Tommy Houran over at WirelessHires.com, I'm reposting a note from the WirelessHires Group on LinkedIn that tells Recruiters how to get a free job posting between now and Jan. 10th.  Consider it Tommy's Christmas present to the Recruiting community.

4 Attributes of a Great Recruiter

What Kind of Recruiter Are You When Nobody's Looking?

My presentation from the recent Talent Net Live Social Media Recruiting Conference is attached (btw, the conference was incredible and standing-room only). Big thanks to Fishdogs for pulling off the best conference I've been too in a long…

I'm looking for a telecom recruiter in Atlanta to join our team for a 3-6 month contract.

Include your resume and a paragraph about your greatest accomplishment this year.

I had a terrific time making new friends at the "TalentNet Live!" Recruiting Conference yesterday (at the Frito-Lay campus in Plano, TX).

For all who asked, here's a copy of the ppt from my presentation: Caveman Recruiting | Social Media World. Actually - it's best watched on Slideshare as the video is built in...check it out here:… Continue

John Sumser's been accused of being many things. Fortunately, the fact that he's a RecruitingBrain, is good thing.

According to ComScore, the number of people using their mobile devices to get news and information daily from the Internet doubled to 22.4 million from a year ago. Now that’s interesting and shows that the devices and the networks are living up to their billing as a way to get mobile data for more people. But what’s just as interesting is that the number of people who used their devices for… Continue

Mark Olson is one of the smartest job hunters I've met in a long time.

Feel free to check out his blog (Marketing | Truth).

Mark is a prime target for somebody looking for a Marketing VP - CMO - Marketing Idealist.

Check out his background HERE.

If you talk to him, I think you'll… Continue

The reports of my death have been greatly exaggerated ...

I'm a day late and a dollar short, but still full of birthday cheer for the Rogue Recruiter.

Happy Birthday, David. And this card is just a reminder to always let Haluska walk in the front. 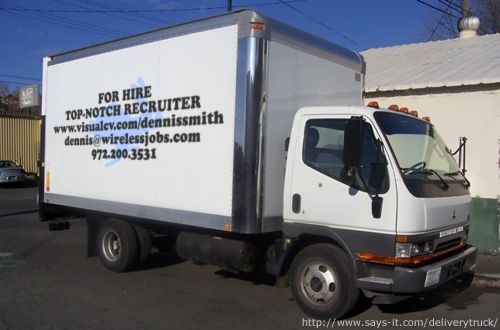 If I were recruiting sling-shot bean shooters, this is the guy I'd go… Continue

The One Question Every Entrepreneur Must Ask

Scott Ginsberg's one of my fave peeps - every time I visit him (well, not personally, but his site), I get charged up.

His latest post has nothing to do with recruiting (at least not on the surface), but it's so good that I'm compelled to share.

The title is misleading. Once you read the article, you'll most likely be scratching your… Continue


It's the last day of the year (as well as my 11 year old's birthday). So, I thought I'd give you a peek in to the secret lives of the Smith family...my family.

We had a different twist this Christmas to the family get-together at my in-law's house.

Each family was forewarned: "Be prepared to do a skit - sing a song - anything to make us laugh."

Well, we're certainly not short on crazy at my house, seeing how we're in the process… Continue

This video is worth the 5 minutes it takes to watch.....very… Continue

What Makes Me a Smart Recruiter

Ok, since Slouch reminded everybody that he'd be pulling the winner's name out of a hat, I'm officially pulling myself out of the running. Yes, I was fortunate enough to win a trip to Jamaica (thank you Jason - thank you Broadlook!) for the… Continue