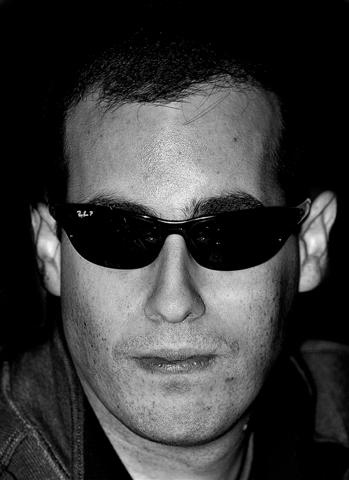 It’s getting close. Time and time again the excitement mounts but the end of the night is already scripted. Yesterday I wrote about Gerry “always comes 2nd” Crispin and today I want to introduce you to David Manaster

If you don’t know who he is, he is the guy who started and currently is the CEO of ERE Media . You'd think a guy like this would be a lot smarter when it comes to playing cards. It begins like this. He knows that you know that he knows he has a tell on the left side of his face. Kind of where his chin meets his lower lip. It's a dead giveaway every single time and he would be better off just writing a check for his donation and going out for dinner with friends. Dave covers the entire cost of the charity poker event in terms of room and food and drinks and everything. Yes it's generous and yes we all appreciate it but it doesn't change the fact that because of that tell he has on the left side of his face, he can't ever be the last at the table. Last year, he was so confident he went for dinner first and then showed up, sat down and got up real quick and that was it. That’s what you can expect from David “quiver chin” Manaster.

I have four seats left for RecruitingBlogs.com members so if you are going to ERE and want in on the action let me know. There is also room for three more sponsors.

Comment by SourceCon Dude on March 20, 2008 at 7:49am
Slouch, those are some heavy smack talking fighting words. The lucky streak has to end sometime.Delete Comment