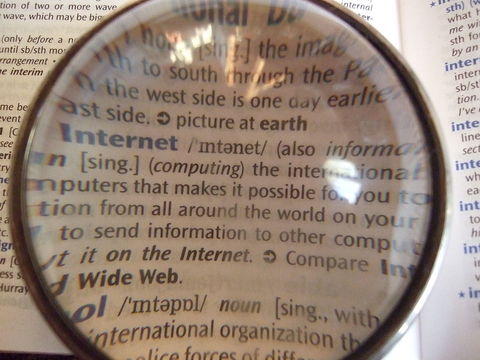 The HR Technology Conference serves, for our industry at least, as the debutante ball for talent technology, the annual ‘coming out’ event for dozens of new systems, solutions and services jockeying for their fair share of recruiting organizations’ annual spend. This year, over 170 vendors issued event related press releases, and I’ve sat through literally 51 briefings before, during and after the conference.

Now that we’re over a week out, and the dust has finally settled on another HR Technology conference, here are some of the tools & technologies that, for me, stand out as among the most intriguing tools and technologies in talent acquisition. As a caveat, not all of these vendors actually exhibited or participated in the conference, but are worth following – and, if you’re a practitioner or decision maker, are worth a look when finalizing 2014 budgets.

1. Glassdoor: Founded in 2007, Glassdoor has long been ahead of its time, offering crowd-sourced insights into employer brands and culture long before any of these terms had entered most recruiters’ lexicons. Its core offering of user generated reviews continues to be the best publically available information on individual employers, offering authentic insights at life in the trenches and on the line.

While many continue to harbor the misperception that many of the negative reviews on Glassdoor are attacks by disgruntled former employees or candidates who weren’t selected, Glassdoor now has enough reviews where concrete, definitive trends and themes become readily apparent, and in aggregate, portray employers realistically – if not always favorably. With its increased visibility and market share, the real fake review problem seems now to originate within the HR function itself as employers add suspiciously favorable, unbalanced reviews trying to turn the tide on public perception instead of addressing the underlying issues the site identifies.

Beyond this core feature, however, Glassdoor has made some very smart moves to expand its product offerings, including a killer Facebook app which has become one of the best tools on this platform for recruiting and job search, and branded pages for employers which far outperform LinkedIn’s company pages – in fact, Glassdoor profiles generate a staggering three times the number of views as the same company’s page on LinkedIn. Their growing database of jobs and subscribers, as well as early adoption of Facebook as a recruiting platform, mean that this great tool is likely to only improve over the months and years to come.

2. 3Sourcing: There are a lot of federated search products out there (think: Dice Open Web, Entelo, Gild, TalentBin), all of which fill a vital need for sourcing & proactive pipeline building, but my favorite of these emerging entrants into one of the fastest growing recruitment technology categories wasn’t actually at the HR Technology Conference. 3Sourcing, the brainchild of two Gen Y entrepreneurs (one of whom is, get this, a gold medal winning Math Olympian, which is actually a real thing), is the underdog in this category, and may well end up slaying the Goliaths.

I first saw 3Sourcing in action while judging the 2012 iTalent Competition for technology startups at last year’s HRO Today Forum in Dublin – a competition they won – and was initially impressed by two factors: the cleanest and most intuitive UI/UX of any sourcing product, and its revenue model (free for up to 20 searches/month).

Since then, its matching algorithm seems to have significantly improved, and its initial value proposition of finding freelance talent in European markets has expanded to focus specifically on hard-to-find technical talent for both project and full-time opportunities. 3Sourcing, until now, has been focused almost exclusively in the EU and UK, where its market share growth has been truly impressive: within 3 months of launch, over 50% of UK-based IT recruiters had signed up for the product, quickly proving its viability and value.

3Sourcing is now making its initial foray into the US market, where it will face some steep competition in the form of well-funded startups, but the fact that 3Sourcing is, just over a year after its launch, coming close to breaking into the black from a revenue perspective proves that sometimes, you don’t need sophisticated marketing or messaging if your core product is good enough. In the case of 3Sourcing, the product not only speaks for itself, but should emerge as one of the primary players in this emerging category.

3. Fiverr: This product isn’t on any HR Technology radars – yet – but as a consumer tech offering, should be on the watch list of every talent organization considering the implications of outsourcing or the rise of the contingent workforce. Like some kind of human capital version of a 99 cent store, the global marketplace of Fiverr offers an unlimited range of freelance projects and services for the flat rate of $5.

The implications of this marketplace for enterprises and start-ups alike seems impressive, and the fact that five dollars is a price point representing a pretty favorable risk-reward profile means deriving ROI should be relatively simple in an industry which traditionally upcharges for its services. Consider the headline of an active offering: “I Will Set Up An Online Recruiting Management System for $5.” That’s a pretty good deal, and if it doesn’t work, well, you’ve spent more or less the equivalent of a Starbucks cup of coffee for a service offering that normally costs thousands of dollars.

The Fiverr offerings today are most strong around the areas of web services, social business and graphic design, which are tangentially applicable to recruiting, but when it comes to developing recruiting and sourcing-specific services, the momentum of the overall platform should grow these industry-focused offerings within the coming months, creating a price point that could potentially undercut many of the industry’s biggest players (and biggest margins). Even if Fiverr fails to build any B2B talent traction, it still serves as an interesting insight into what the future of work, driven by globalization, specialization and project-based outcomes, might actually look like.

This list is by no means inclusive, and I’ll be writing up many more vendors and products worth investigating here at RecruitingBlogs – so if you have a recommendation for a tool or technology which actually helps make recruiting or retaining talent easier on a daily basis, let me know by leaving a comment below.

@ Matt: Fiverr looks like a new oDesk or eLance.

Fiverr is crazy good. I use a lot of people on fivver for voiceovers and editing work. Watch though because $5 can turn to $15 quickly if you order rush or extras.

Keith: oDesk & eLance are a little more limited in terms of their offerings and don't have the convenient fixed pricing model. Ryan, glad you've already checked it out - I agree it's crazy good, and yeah, if you're getting decent work done even for $15, in my opinion, still a pretty good deal.  Appreciate you guys weighing in!

I love Fiverr... I've used them a few times for logos, etc.

Jeremy - why do you think it's not seen any action in the sourcing/HR Tech conversation since its business model is basically staffing (with pretty good results, too)...kind of surprising considering even eHarmony is making a talent play.

Because at $5 the perceived value is low. the same contractors I use on Fiverr also contract gig's on Elance and so on.

Thanks, Matt and Ryan.