4 Key Learnings from The Job Interview

Have you been watching and enjoying, the The Job Interview on Channel 4 and if so, what have you learnt from the adventures of those featured?

#Thejobinterview has been featuring two companies who have a real vacancy to fill each episode.

For those of you who haven’t seen it, the interviews are held at managed service offices.  The job applicants are aware they may be filmed but we understand are unaware of the ‘Channel 4’ link.

Each of the applicants applied to a real job advertisement, with some positions receiving more than 500 CV’s and job applications.  These are whittled down (we don’t see the process involved in this), with the ‘selected’ 5 candidates invited for interview.   Each of these are featured and as the show progresses, the candidates are gradually rejected (not yet known to the applicants), as they enter the lift with a ‘going down’ voice over.

There are two interviewers, typically CEO and Founding Director, supported by another Director, or Senior Manager within each business.

Although on the whole, the positions featured have been entry level, or less skilled roles, there have been some considerable learnings and additional interview tips for anyone currently preparing for, or attending an interview. We list some here:

1: A Failure to Prepare is a Preparation to…….

For those of us in recruitment and anyone that is presently enjoying the Olympics (@TeamGB, you are doing us proud!), we know all too well that preparation is critical to doing well and have previously posted our top tips for a successful interview preparation here.

Do you know why you want to apply for this job and company?

At Blacks Vets, candidates had applied for an Administration Officer position.  Silence filled the room when one unsuccessful applicant was asked by Tracey Morley Jewkes, Managing Director; Why did you apply for this role?’………………………

In contrast, Stefanie one of the applicants for On Air Dining had taken the previous day off to ensure she was fully prepared and fresh for the days’ interview.

Don’t worry if you don’t know all the answers, try and stay cool, calm and collected so you can think and respond to anything put to you.

Low Cost Van Rentals  were looking for a customer service representative who had a great personality and could work under pressure, they conducted a role play with a dissatisfied customer, simulating a ‘typical day in the life of’ scenario.  Two candidates particularly fared well, listening to, acknowledging the customer concerns, before setting a plan of action and follow up.

At On Air Dining, a culinary concierge luxury in-flight service (they didn’t like the word catering), were looking for a Concierge Co-ordinator. CEO Daniel Hulme and COO Charles Robinson, asked;

‘If you could choose one super power what would it be?’

Alistair, who went on to secure a position based on his interview performance provided the answer ‘Russia’!   Great answer Alistair and congratulations on securing the role.

3: Imagine Yourself in the Role.

Do you know what the company does, products, who their customers are and what might a typical day, or challenge be in this role?

On Air Dining, quizzed their applicants on some common food names; ‘What was foie gras’ stumped a few, including a Marco Pierre White Restaurant Supervisor! Stinking Bishop, fared slightly better. 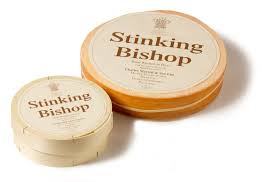 Wow Zone, a Birmingham based Digital Marketing agency asked their prospective candidates for a position of Client Account Manager; Do you know what a URL stands for?

OK, not many people might know the answer to that one (Uniform Resource Locator in case you are wondering) but a number of the candidates did not even seem to know what a URL does.  Quite significant when considering a job in digital marketing.

I have to say that Anna, who seemed to get off to a rocky start, especially when asked by Directors’ Qasim Majid and Ausaf Khan about her attention to detail, gave herself a very average 6.5 out of 10.  Later, when asked to ‘pitch’ to the interviewers, on ‘any subject she had some experience of’; Anna launched into one of the best un prepared business presentations we have seen.  It was confident, professional, flawless and showed great passion, people and sales ability.  Anna too was hired.

Mark, a firm favourite with viewers, had made over 800 unsuccessful applications beofre being interviewed by Planet Leasing Owner and CEO Darren Nash. Mark was honest, passionate and managed to pass a simple enough Maths test, calculating the annual value of a lease at £150 per month to include 10% VAT and did a great job of putting forward the case for ‘Why he would opt for a lease as opposed to purchase options’.  According toPlanet Lease’s recent twitter post, they are ‘chuffed to bits with Mark’!

A far cry from the slick one liners, testosterone and sharp suits of The Apprentice, this was a heart-warming, real life show which had many a viewer rooting for a number of the candidates.

What was great about this programme was the conduct of the companies involved, who all behaved respectfully and professionally to their applicants and the happy endings for many of the potential candidates, with some of the employers even offering more than one candidate a role.

Well done to all the applicants and best of luck in your new roles.