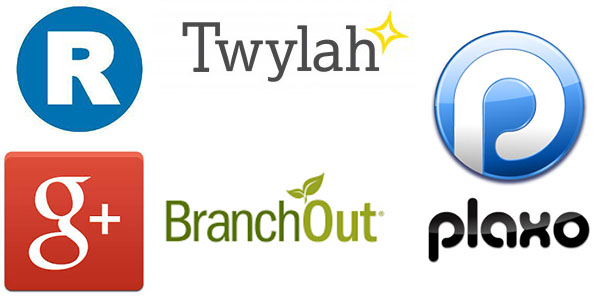 If you thought that LinkedIn being the most popular site for recruiting is your only choice, think again? As a Sourcer if you’re looking to streamline your search further and wondering how to do it then you are on the right track. Although, LinkedIn is the leading site for recruiters, it doesn’t mean that there aren’t others. So, here is a list of alternatives that might serve your needs better for sourcing.

Sounds familiar? Of course, you might recognize it from Facebook. It is only, the most popular app for social networking on Facebook. Today users, use this platform for job hunting, recruiting and general networking to leverage on their Facebook network to make professional connections. With an active community of 300million users to its credit it is a good alternative to a recruiting hub such as LinkedIn. In order to compete with LinkedIn; BranchOut has launched itself as a standalone app.

It is another app that relies on Twitter to build its network. This app allows its users to create brand pages, which can extend ones presence beyond the microblogging site. This app has a tool that helps you organize your tweets by trending topics that enables others to get a glimpse of what you are all about. It also allows page optimization to improve your visibility and to generate traffic via search engines. You can even run a page on your own domain, so you can have another website and also brand your Twitter account. It is another alternative for recruiters to gain potential candidates.

At first site one might notice that Google+ was designed to look and function like Facebook but on careful observation and familiarity with the site one might conclude that it was in fact designed to resemble LinkedIn instead.  It was meant to develop social connections, unlike Facebook’s status updates and personal posts.  Many of its features were designed to target specific communication for specific audience, customers and prospects, Circles is one such feature. It too can assist Sourcers in their search.

Even though it is not specifically designed for business professionals, the My Career feature allows you to do just that. Its layout is similar to LinkedIn except the number of users is less as compared to LinkedIn. Like LinkedIn in the professional history column, you can fill in details about your previous as well as your current employers. Once completed, it helps you find colleagues and old classmates to build your network.

This is an ideal alternative to LinkedIn due to its unique design that uses a scientific approach to sourcing the right candidate. To locate the right sale leads, job opportunities and job candidates, it uses an algorithm that uses data points like location, industry types, skill sets and other signals from around the internet. Just like other sites you can sign in with your LinkedIn account. This makes your searches specific reducing the number or irrelevant applicants.

Apart from these you have sites that help job seekers to create visual profiles and resumes that can enhance your visibility and appearance. Some examples of such sites are VisualCV and Zerply. Put simply you can get noticed and improve your chances of getting employed as all the necessary information is provided in a crisp and clear frame of reference. It reduces the ambiguity that most recruits may encounter when sourcing for candidates.