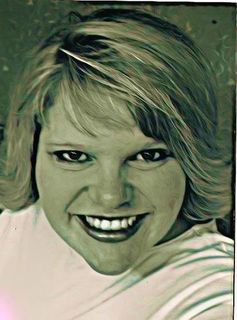 This was an interesting show. I read some of Amy's articles about recruiting here on Recruitingblogs.com and in the comments I challenged her to come on The Recruiting Animal Show and defend her ideas. And, to my surprise, she accepted. Not many people do but she said that she has a lot of brothers so she knows how to deal with a bunch of rowdy guys.

Of course, the women on the Animal Show can be very rough too but, as it turned out, there wasn't a lot of input from the peanut gallery this week. For the most part, it was just me and her - although for a while it was just me without her. Or, rather, me with Jerry calling from the road in his truck. For some reason, Amy was on the line but we couldn't hear her so at the start of the show, before we get down to business, there's a lot of fretting about that.

There's another problem, too: an echo. Stephen Nehez said that after a half an hour of listening to it he felt like he was on acid but, of course, he was only joking; none of us would really know about that.

Anyway, I didn't know that Amy was still recruiting but in fact she is so after talking about all the websites she manages, we got down to analyzing her articles and talking about her recruiting practice. Then, on the aftershow, Nehez had a long talk with Jerry about Linkedin.

One highlight of the show was a Twitter post by regular listener Michael Cox in Texas came up with a word that I've never heard before. He asked Amy if a posting on her job posting distribution network brought in more good candidates or more craplicants (subsequently changed by Gregg Dourgarian on StaffingTalk to crappliants).

By the way, that's Jerry at the beginning talking when he shouldn't be.