As a regular contributor and commenter within the HR and recruiting blogging community, I was thrilled to be invited to join RecruitingBlogs’ 2014 Editorial Advisory Board. Yeah, I really am that much of a geek that HR and recruiting content actually floats my boat as if I have no other hobbies (hint: I don't).

I’ll share my valley girl translation (as a Southern California native) of this recent development: I’m all, OMG that’s so bitchen… and then I’m like, this is so RAD… and then I go, for realz, like totally count me in and everything… I can’t freaking wait, it’s gonna be so gnarly dude!

But then again, some of you peeps, (you know who you are) think I should convey a more subdued and mature reaction to this occasion. Fine. Teeny-bopper tone aside, as semi-professional industry practitioner, here is where I see this going:

What a treat to have an opportunity to collaborate with an eclectic mix of outspoken, opinionated and multi-talented industry pros, a few of whom I’ve only admired from afar. I am excited to get to know those that I haven’t officially met (virtually or otherwise) and build closer relationships with those that I have interacted with previously.

The unique vibe of RBC has always included challengers of conventional thinking poised to shake up the status quo and call out crap that deserves to be called out. Whether you prefer to lean up against the back wall to listen and learn or pop up to the podium to put forth your own thought-provoking philosophical ponderings, the RBC team is ready to roll with even edgier, wittier and wiser content. Let’s do this!

RBC is where audacious writers and open minded audience members come together to debate, dissect and drive deep discussion to drown out the drab drivel found everywhere else. Not your typical generators of generic generalities or generalizations, this a clever crowd that demands quantifiable quality balanced with quirky quips.

If cultivating conversation, slashing stereotypes and banishing buzzwords is what you are in to, bring it on. Speak up, stand out and tell it like it is in the real world. This is the place for you.

Don’t just sit there scrolling through this site as if you’re wearing swimmies in the shallow end, reading yet another influencer, thought-leader, guru, genius, expert, big data, engagement, culture, branding post. This is the high dive. Put yourself out there. Make your point, then back it up or back away.

Who’s on board with me?

Kelly: This is an awesome post - and I appreciate it.  It's 2:30 AM Texas time and I'm checking out RecruitingBlogs not really as part of my job, but because I get to watch content come in, kinda out of no where, from recruiters all around the world. Right now, there are recruiters in Australia and New Zealand clicking and commenting on stuff posted yesterday by a "resourcing manager" (love that) who faces the same challenges and deals with the same shit, more or less, as a Valley Girl turned recruiting fan girl.  Really appreciate your bringing your 818 insights to this weird experiment of the RecruitingBlogs Editorial Advisory Board.

I would normally not write anything so self important or grandiose (OK, that's totally a lie, but whatever) but I think we have a chance to do something really cool here.  I'm not going to lie: before I accepted this job right before HR Tech (how cool is it they pay me?) the last time I thought RecruitingBlogs was relevant was back in like 2009.  Which is also the last time I think Ning updated their software.  But I hadn't been on in years - and honestly, it felt like some weird version of MySpace without the .midis.

Coming to RecruitingBlogs is seriously like going back to the days when Friendster was a thing, job boards bought Super Bowl commercials or people faxed you resumes.  In terms of technology, UI/UX, design and overall functionality, this is pretty much like the Internet's version of the Amish Country.  It's this awesome place where nerds like us can let our recruiting geek flag fly and connect with other people who, for some weird reason or another, actually get worked up over really niche, really arcane issues like Boolean or branding.

Also, there are a ton of sites out there fighting for free recruiting and HR content - I don't have to tell you or anyone else who cares enough about this stuff to string together a sentence or two - but for some reason, since 2007 (remember Fergie?) there's been a steady flow of awesome stuff that shows up on this site not to sell product (although there are plenty of those - looking at you, Sales Guru Scott Winthrop! - but to actually talk shop and share their stuff.

RecruitingBlogs is, and this might be insomnia driven delirium, one of the only places where I think I see good, thoughtful, and actually helpful content from people who do this for a living.

For some reason, as social media becomes part of our jobs and recruiters become more visible (when this site launched, the trick was hiding from candidates, not making sure they were able to find you on every network known to man), this has become like the last little hideout where there's some sanctity to open up a little and talk openly about recruiting without worrying too much about candidates or customers. Our mailing list (or "content community" if you like) is literally hundreds of thousands of people who care about this stuff.  100 out of the Fortune 100 have at least one in-house recruiting, HR or sourcing professional who's a member of this site.

I'm afraid that, because marketers like me are slowly creeping into this kind of Lost World of talent professionals, the site is losing some of what made it special.  The conversation has slowed down a little, the content has gone from conversations to quite a lot of generic, search optimized B2B garbage (what PR and SEO pros refer to as "placements.") Keeping this real, relevant and interesting enough to actually deserve a recruiter's time and deliver some sort of value means actually getting recruiters like you involved.

The idea behind the Editorial Advisory Board was to get together a representative sampling - a focus group, really - so the motley crew that I think is going to make this anything but boring is made up of every kind of recruiter.  We've got big company recruiters and Fortune 50 sourcing specialists, the owner of a boutique staffing firm, a real attorney specializing in sourcing and social recruiting legislation, an executive of a global RPO, independent executive recruiters, tech and highly skilled headhunters and some old dudes like Steve Levy and Jerry Albright to make sure that the Greatest Generation can have their say, too.

Technical difficulties and scheduling snafus aside, our hour kick off call today confirmed my confidence that this group can actually make this site continue to mean something and be a place worth coming back to, no matter what type of recruiter or company or career level.

This is an experiment, so I have no idea what in the hell exactly is going to happen, but it's my hope that we somehow break the echo chamber, cut the BS and buzzwords and maybe even disagree or argue a little.  I look forward to seeing this unfold and at this point, all I can promise is it's going to be a hell of a ride, we're likely to piss some people off, and we're going to have fun.

I taught a time management course early in my career. I still haven't learned to practice what I preach, but one thing I remember is the phrase, "The Tyranny of the Urgent!" Sometimes we get so wrapped up in one thing happening now that we overlook the really important stuff. RBC is a gem that I have unfortunately ignored except to occasionally read until the boring stuff outweighs the good stuff. If I want that to change, then I should be here regularly, right? I should comment on other people's ideas to reinforce them or challenge them! In fact, we all should budget time to make this a better sounding board for the way things are and the way they should be.

Oh, and Matt: Thanks for inviting me to participate in this Board of diverse thought rather than excommunicating me for lack of participation. If I fail to show up, please kick my butt into action.

Nicely put Kelly. I'm looking forward to continuing my education through posts designed to inform, encourage and sometimes agitate, while blending humor for what would our job's be without an occasional laugh.

I LOVE reading the stuff here!  As a smaller boutique style firm, I love that I get to hear what's going on in other parts of the world!

It's time we begin to address this problem... 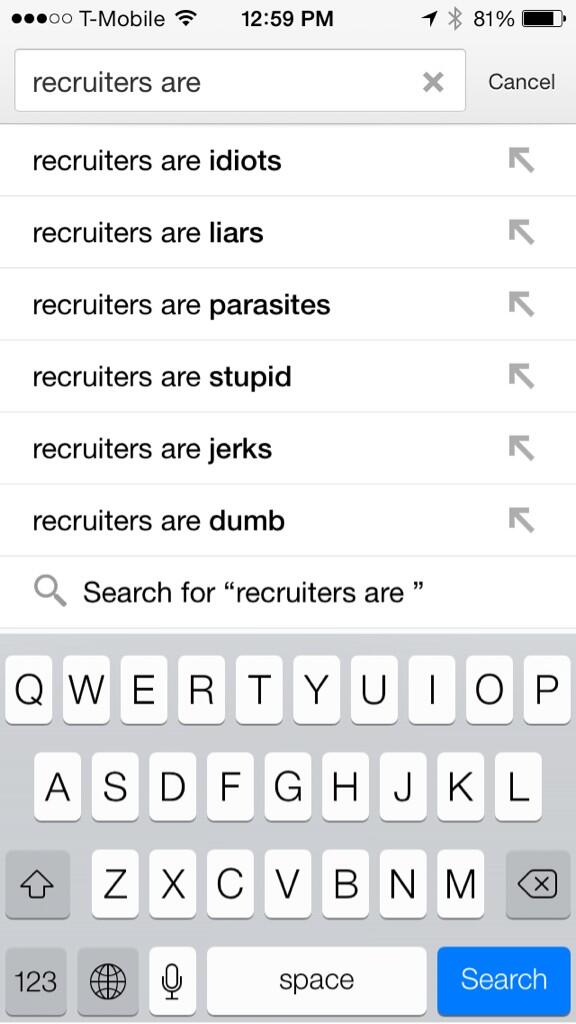 WOW - I like this! Not a writer but that being said I enjoy a good read.

Collaborate is an Animal Bad Word. Or it soon will be. If you're gonna kick ass here you should not be praising these guys b4U start. See what they do first -- then pat them on the head. Or tell them what's wrong - as the case may be, You know how it's done - you're paid-up member of the Animal Crew.