Austin- The City I Call Home 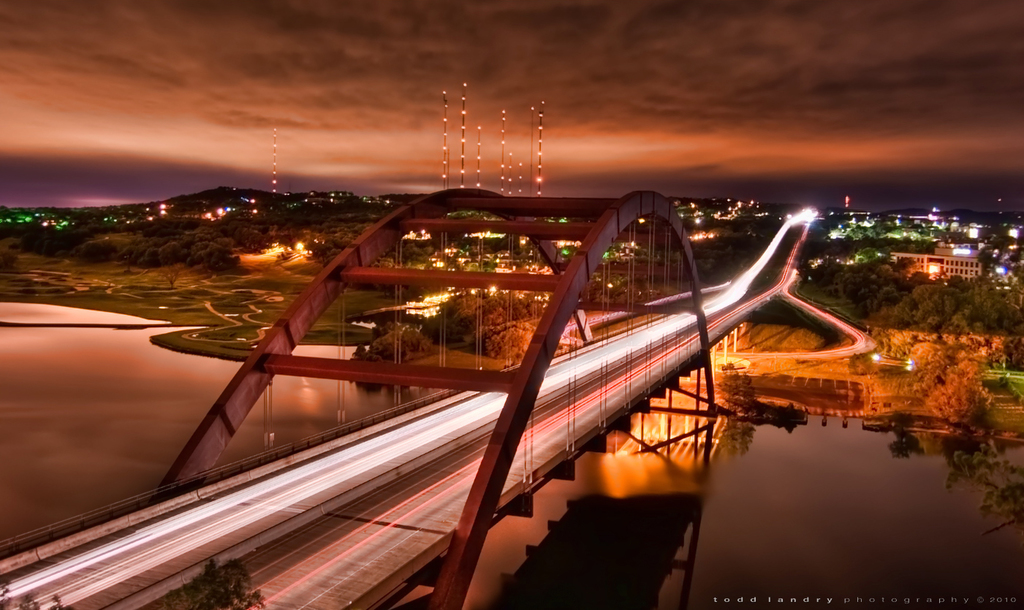 Austin.  What a great city.  I grew up here.  I still live here. It is home to me, my wife, and two kids. My parents live in the same house I was raised.  They have never moved.  My brother, wife, and his two kids live here.  This is not something that you see every day.  The only time I lived away from Austin was from 1991-1995 when I went to college at Ole Miss.

I went to High School at Westlake.  Westlake was just like Friday Night Lights.  If you went to school at Westlake you were expected to win Football.  There was no such thing as losing.  Drew Brees and Nick Foles both went to Westlake.  Drew is the starting QB for the New Orleans Saints and Nick is the starting QB for the Philadelphia Eagles. There were 7 seasons where Westlake didn't lose a single regular season game.  Can you imagine the pressure?

I remember when Downtown Austin used to be dirty and seen as the wrong side of the tracks.  6th street was where the college kids went drinking, but that really was about the only allure to the downtown area.  North Austin didn't exist.  Round Rock was just a farming community and the closest city was Georgetown which seemed like a million miles away.  If you drove south, San Marcos was the home of Southwest Texas (now Texas State) and then then there was San Antonio and the Alamo.

Texas football was good in the 60's but in the 80's with Fred Akers, they just stunk.  The Longhorns were proud to be a part of The SWC.  SMU was the real story until they got the death penalty.

Let's fast forward to today.  I hardly recognize the skyline.  Downtown is growing at an unprecedented rate and condos, and sky rises are popping up everywhere.  Real estate downtown is at a premium and the city is pushing further north and south.  Really and Truly Austin extends from Waco to San Antonio.  I would have never imagined.

Traffic is horrific.  When I grew up there were 3 main highways.  There was IH-35, Mopac, and Loop 360.  Well, now Mopac is getting another lane, there are toll roads everywhere, there is 183 , I 30, and you can get to Leander and Cedar Park with ease.  There is a Train that takes you from Leander to Downtown.

I remember vividly when the 360 bridge was built.  It was amazing.  I remember when they opened the lanes on 183. I was actually at work looking outside the windows looking at the cars when it opened.

Today, Austin is #1 on about every list.  #1 for employment, #1 for housing market, #1 for single people- I really could go on and on.  It is becoming congested.  It is the town that holds SXSW which is getting larger every year.  It is the town for the Austin City Music Festival which brings in millions every year.  We have the F1 race.  Texas Football packs in the stadium every week.  It truly is an experience.

You could be a geek who loves computers and social media, you could be an adrenaline junkie and run every marathon, tri-athalon, or just go down to Zilker Park and hang out at Barton Springs.

We are becoming such a well known city that the one and only Jimmy Kimmel spent a week down here broadcasting .

I am proud to be an Original Austinite.  I know the city is changing, but I am okay with it.  Some of you who read this will have no idea what landmarks I am talking about, but a majority of you will.

The next time you get a chance to make it here.  Make an effort.  I'll make it a point to meet you and show you the time of your life from someone who has experienced it all from the beginning.  After all, there aren't that many of us left.

Thanks for keeping it weird, Will :)

This city has changed so much it is unbelievable.  Watching Jimmy Kimmel on Friday made me smile.  Even though SXSW congests the streets, it is making our city an awesome venue for anyone.  The new "Mardi Gras".

Not the "new Mardi Gras", Will! Good thing I'm not a native here or I'd have to fight you over that.