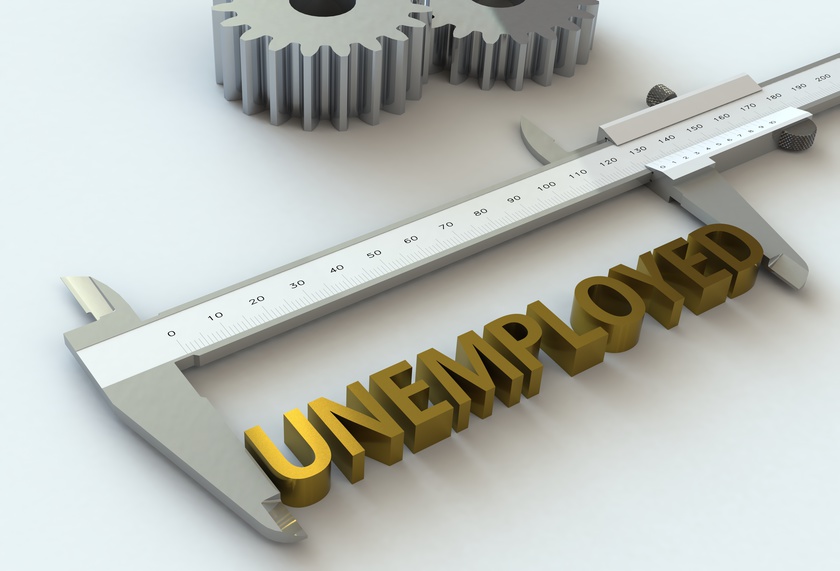 I woke up this morning with a heavy heart.

I am a Catholic. My last name belies the fact, but I am Catholic. My great-great grandmother, a Jewish actress gave birth out of wedlock. The child was raised by Catholics, married a Catholic, and so on.

I married a wonderful Jewish man. My family adores him, as do I.

Before I had a Jewish last name, I heard antisemitism all the time. Now I don't. Of course not.

Why? Because racists are cowards.

My father was a tire builder in Akron, Ohio; my mother a seamstress. When I was young, there were money issues. Layoffs, strikes, I hated the union my Dad was a member of, in my young heart it seemed like we were punished by the union. Dad wanted to work, yet couldn't. When the union was on strike, Mom had to work harder. It didn't seem fair.

I grew to understand how important a job was. To me, work was everything. A steady paycheck kept my parents from fighting, kept the lights on, and life was better. My grandmother thought it was a 'sin' to turn down overtime. So, Grandpa worked a lot of hours, as a pipefitter. I had a good childhood. I learned the value of a job well done.

In the late 70s, Akron was decimated when Firestone moved. Dad lost his job, and because of his age, worked as a security guard. Over the years he lived with one of his children, my sister, my brother, and me. Depending on who had the best situation at the time, Dad moved with us.

I accepted a job as a recruiter in the early 80s. There was nothing more exciting for me, my job was to help others further their careers. I felt a sense of duty, and was very proud.

It was surprising to me that the corporations that I dealt with would make such demands, weren't they afraid of lawsuits? I didn't say anything. I shut my mouth, and gave them qualified candidates.

I made it my duty to send qualified candidates. I shaved years off of resumes before submitting, I removed dates of graduation so that the candidates would at least have a shot and be granted an interview. I always just tried to nail an interview, I couldn't stop the discrimination, but at least I could provide an opportunity to interview.

I've been in this business a long time. Nothing has changed.

This past year, I submitted a candidate who was stellar for a position, I tried the shave the resume trick. Human Resources wanted all the dates. They were interested in the candidate, until I sent the resume with the dates. The candidate was rejected without an interview.She called me and wanted "feedback" about why she was rejected. No reason was offered by the employer. The job was opened for almost a year. I refused to send them another candidate. I guess that finally they found someone young enough to hire.

A couple of years ago, we placed a transgender woman in a director level position. She made the mistake of confiding in someone about her transition. She was fired over the phone by the VP, who had told us, after he learned about her through office gossip, that it made him uncomfortable. The official reason for the firing? A bad 'cultural' fit.

They wanted their money back, I refused. I was contacted by an attorney of the Fortune 500 company that hired her. After I informed the attorney of the circumstance, I never heard from them again. A pity, I wanted to see the case litigated. The candidate didn't say a word, just moved on to another position. She was numbed by the discrimination. She expected it. I was livid. Nothing was done about the VP. Nothing.

The company refused to work with me again.

This morning, like every morning, I turned on the news. Now it seems that bigotry is shouted from the rooftops. Nazis marching chanting 'Jews will not replace us'. Jews like Rosanne Barr and Steven Miller openly making racist remarks. They obviously feel protected from what might happen if the Nazis have their way. Guess what? They won't be protected. Privilege has blinded them.

Beyond the humanitarian reasons for wishing well for all, I have a legal responsibility to uphold the equal employment laws. I used to shut up when an employer asked me to break the law. I just sent everyone who was qualified. But, I said nothing.

I was a coward. I didn't want to lose the client. So, I upheld the law, and stayed true to my convictions, but I said nothing. My mortgage needed to be paid, my family had to eat, or at least that's how I reasoned with myself.

I will never cower again. I am putting everyone on notice, I don't care if you are my best client, I don't care if I lose your business. I will never be quiet again. The next time I am given a bigoted job order, I will call the CEO. I promise. I will take responsibility, and turn in the perpetrator.

I beg all of you who have the power to stop illegal practices in human resources. As an HR professional it is your duty, and mine. I would rather live out of a shopping cart than be silent.

Be brave. It's your duty as an American. Uphold the Constitution of our great nation. Cowards perpetuate bigotry.

And, yes, I was a coward. Never again.