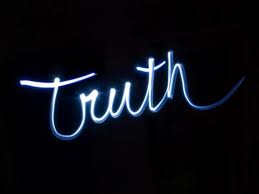 A customer came to me exasperated because he hadn't heard from the recruiter who was trying to place him at company for an engineering position. My customer told me the process had been going really well. He and the company were in the final stages, the hiring manager told him it looked promising, it was just a matter of getting him to meet with the VP of engineering.

My customer waited with anticipation for the call from the hiring manager, but after a week of waiting...nothing.

At first he was reluctant to reach out to the recruiter or call the hiring manager to inquire about the status of his candidacy.  I told him to contact his recruiter, who he described as a positive person that nearly guaranteed him a job, so my customer sent his recruiter an e-mail. Another week went by and...nothing.

At this point I told him it was time to phone the recruiter to ask him if he'd heard from the hiring manager. His recruiter would be able to give him some insight as to how the process was going, and he was the point man--not right to go above his head. My customer left two voice-mails and heard...nothing.

He asked me if it was time to contact the hiring manager, as he wasn't getting any love from his recruiter. I didn't have the heart to tell him it would be a waste of time, but the career counselor in me told him to make the call and, of course, be diplomatic. My customer left a couple of scripted voice-mails with the hiring manager and after another grueling week...nothing.

It was finally time to call it quits. The recruiter had disappeared and apparently went on to other jobseekers, and the hiring manager had given my customer a non-verbal rejection, a practice that has become commonplace. Shortly after this whole affair, my customer told me that it was a hellacious process; nothing that he'd like to go through again. He recovered from the ordeal, though, and was not about to give up on the job search. In the future he wasn't going to waste energy on worrying about the deadening silence he'd experienced, the feeling of desperation and hopelessness.  He only wished the recruiter and hiring manager would have told him the truth because the truth is always better than nothing.

An excellent article that appeared on RecruitingBlogs.com titled 8 Tips for the New Recruiter touches on the importance of following up. While the author Becky Northrup admits to making this mistake, she advises: "...Make it a point to call the candidate and tell them as soon as you have any updates. Even if you haven’t heard anything and especially if the position was cancelled or they were disqualified. It can just be a call at the end of the week to tell them that you haven’t heard. They will appreciate the follow-up regardless of if it's good, bad or no news..." (Tip #6)

As for the hiring managers out there, keep in mind that your candidates are counting on your decision, yay or nay, so a quick call or e-mail saying you've gone with another candidate or that the position has been put on hold or lost its funding might hurt the expectant candidate's feelings; but the truth is better than...nothing.

I have two friends in the job hunt right now who have come to hate the recruitment profession.  They receive almost no feedback or responses.  They get extremely frustrated and wonder why they care so little about people.  As I try to help them through the process I realize that I too am coming to wonder about the profession I am in and what it is coming to.

I have several of my recruiter (internal and external) state that if the feedback they receive on a candidate is pretty bad, they try to avoid giving the candidate the "reason"  they were disqualified. I make it a point to close out with all my candidates, however, the ones who always want specific feedback are usually the ones that BOMBED in a major way.

I have a guy now that I sent the thanks, but no thanks after phone interviews with myself and the hiring manager. The hiring manager received poor feedback from folks in the territory about this candidate so he decided not to move forward. Of course the canidate wanted to know "why" he wasn't moving forward. I didn't have the heart to tell him "every single person that has worked with you that we know said to stay away from you." It's a small industry so everyone knows everyone. I mean, what do you say???

Why, were you trying to place him even though you were warned to stay away?

Tiffany, that would be tough to tell anyone. On one hand you don't want to discourage him, while on the other hand you don't want to represent a person who has a terrible reputation. I knew a job developer who represented people with disabilities, and he would tell employer straight out what their limitations were, especially if they were ex-cons. That way he preserved his reputation.

@Martin, the hiring manager found out the negative info AFTER we phone interviewed him. Once we got the negative feedback, he was no longer in the running.

Also, I'm a corporate recruiter so I don't "represent" him. He applied via our site, looked good on paper, did well on phone interviews, but then we found out the real deal.