Don’t complain when you are the cause!! 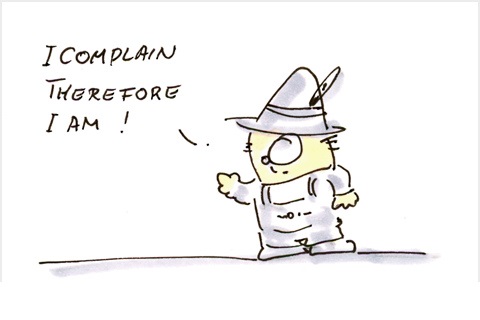 Don’t complain when you are the cause!!

So once again we will be taking a break from the series on lesser site, however rest assured we will continue it.

I am getting so so tired of all the hiring managers and recruiters complaining  about the supposed lack of talent.  I use the word supposed because there is plenty of talent out there that can do most of the jobs we are looking for. The problem is the hiring managers and some recruiters want more than they really need. For example, I spoke to a recruiter who was complaining he cannot find java developers. I asked why, and he said well there just are not enough java developers, that also are hackers, and also know how to be network admins. I laughed at him, and asked what is this person really going to be doing? He said writing java code, so I then asked why do they need all that other stuff. The answer the hiring manager (HM) wants them to have it. I asked if he asked his HM why he wants them to have it. He said no but he would. So a few days later I got a call, and guess what? The HM did not have a good reason, but he was also not backing down from the hacking and network admin stuff. After speaking to about 80 recruiters it became obvious this is a huge problem.

Why are we making a difficult job even harder? Why are we looking for candidates who have more than we really need? Here is an idea find out what the minimum requirements for what they really will be looking for and search only for that. If you find a lot of candidates then you can add stuff to narrow it down and maybe you get more than you need. But stop starting with stuff the candidate really does not need.

Now I do not blame the HMs alone, I blame the recruiters too. Why you ask? Because it is the recruiters job to inform, and educate the HMs about the makeup of the tech world. It is the recruiters job to let the HM know what is realistic and what is not, and to remind them of the ROI of waiting for someone to be found who not only has all the extra stuff that the job really does not require, but can pass all of the interviews, and will take the offer. Then of course the harsh reality that you will not keep them for long.

Do your research and be armed when you got to your HM and explain to them why what they are looking  for is unrealistic and does not match the actual need.  Or show why the salary range is off, or whatever. In other words stop complaining, stop being yes people, and do you jobs, inform your HMs of the reality of the tech world we live in.  Take charge.