I thought it was a fair concern, part of the compensation package -- but I'd never seen anyone discuss it on a recruiting site so we brought in our old pal, Chuckie The Lawyer From Chicago, to talk about it. You can find him at CharlesAKrugel.com.

Then we brought on Larry @Lebofsky, a recruiter in Florida. I thought he was good but the mob, led by rabble-rouser, Mike Astringer, really lit into him. Mike said he was egotistic and cocky.  I did think he could have varied his tone a bit more but I guess we must have been listening to different shows because I liked what Larry had to say.

People complained that he wasn't revolutionary but I don't think he claimed to be and, as Amy said in the aftershow, no one is revolutionary. Everyone does the exact same thing. 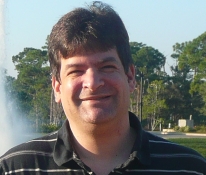 @Animal, I just had chance to listen and thought you'd appreciate this Q&A I did with the director of the King's Speech back when it came out: http://www.monsterthinking.com/2010/12/02/kings-speech-leadership-l...

PS: I spit up some coffee when you reminded me Canada has a queen (Scott Thompson withstanding).

Thanks Matty. I will check it out.