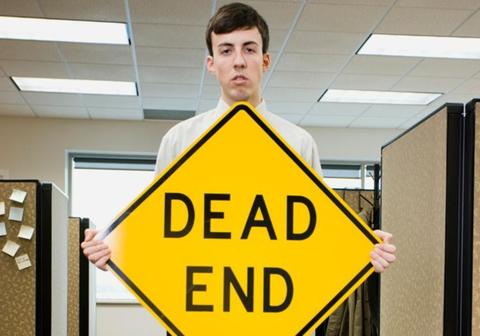 Tomorrow one of the busiest hiring seasons begins.  January – the time of new beginnings and that means new job seekers and new hires.  If you’re new to hiring (or even if you’re not) you might still be developing that recruiting instinct.  You know, the one that tells you a good interview from a bad, transferable skills to secondary ones … it takes some practice to hone in on your own good judgment when it comes to building a great team.

Perhaps the most important skill to hone is cutting an interview short, or rather, knowing when a candidate isn’t worth anymore of your time (and you are not worth anymore of theirs).  Maybe you’ve already been there: a candidate passes a phone screen and comes to meet you in the office.  You both say hello and begin talking.  Five minutes later it couldn’t be clearer that this person isn’t right for the position, but you’ve blocked off 45 minutes.  Do you finish the interview?  Do a shortened version? Or show them the door?

Hiring managers debate what the right course of action is in this situation.  If they’ve researched the company and are obviously prepared, have they earned the same time you would give a more promising candidate?  Is it polite to give a courtesy interview, giving them only 20 or 30 minutes of your time instead?  Or should you be upfront, tell them why it’s best to stop now, and save you both time?

I won’t say there is a right way to do this, because I think the choice to continue or cut off an interview depends on both the details of the situation and your personal comfort.  I will say it doesn’t seem worth it to twiddle your thumbs through an hour interview if you’ve decided right away not to hire that person – chances are the candidate will notice you’re less engaged anyway.  Or it simply might be unkind to fake the enthusiasm you’d give more promising candidates and get their hopes up needlessly. Here are a few definite reasons you might want to cut an interview short:

The candidate is unprepared.  Really, it’s amazing they found your office at all for how little they seem to know about your company. They obviously didn’t believe this interview was worth preparing for, so why would they be worth your time?  It’s okay to politely say that you’re looking for someone more excited about the position and move on.

The candidate is unqualified.  You should always do a phone screen to sort through this bunch of candidates, but sometimes someone still ends up in front of you saying they can’t work weekend shifts when you’re hiring a weekend associate … Be upfront when someone doesn’t meet the qualifications, especially when it comes to skill set or availability.  The candidate would probably rather spend time job searching for jobs they can actually do!

The candidate is a horror story.  As in, they text during the interview or insist on bringing their mother into the room.  Or maybe they yell at the receptionist on their way to meet you or decided dinosaur pajamas were appropriate attire for a sales position.  These are the candidates that don’t deserve a courtesy interview – turn them around after their five minutes (or fifteen seconds).

How do you handle interviews where you know there’s no hope for the person across from you?  Job seekers, what would you like interviewers to do?