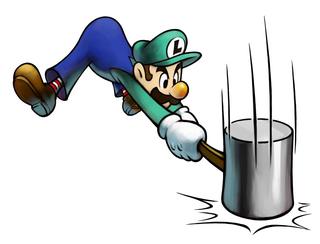 This has been an interesting summer for me as a headhunter.  I discovered two things dedicated to recruiting (in general):  The Recruiting Animal Show (hosted by Michael Kelemen supposedly somewhere in Canada) and recruitingblogs.com.  I’ve learned so much!  In addition to that, I've gotten to read and hear all about how so many out there hate recruiters/headhunters and think we suck (in general).

Therefore, today, I've decided to take it upon myself to ALLOW largely populated swathes of the professional world to go ahead and keep on hating on recruiters, but more specifically, headhunters.

We are your friends, but not the kind you may like all the time.  It’s because the vast majority of us are, indeed, money motivated and that’s just not politically correct.  Most of us don’t get a regular paycheck but you already know that.

Without getting windy, let me outline the dichotomy.   We go out there and find the candidate the company wants to hire but have to keep our traps shut when it comes to (truly) closing the candidate.  And for that, we charge a fee and the company pays us.   The better the recruiter, there is some level of influence we can offer the candidate and client but at the end of the day, both of the parties have to meet in the center and the recruiter crosses his fingers.  Then, in the future, a payment arrives.

Reason number 1 to hate recruiters:  You’re not going to change their process.

And then (sigh) there’s the “process”.  (See.  Just about every successful recruiter I’ve met has their own process.)  So many of you want to add or take away from our processes.  But you don’t know what the process is and we’re not allowed to outline it.  So what happens is that we agree with you and keep doing our process.  (The agreement part is Dale Carnegie Rule of Selling No. 64.)

I have a client that I’ve placed 12 people at from 2005 until now.  It’s about a 100 person operation so 12 isn’t too bad.  Well, the HR Manager now wants us to keep a running spreadsheet involving charting phone calls and other fairly boring information that really lends nothing to the hiring process.  Nah.  I didn’t fire this client.  I’ve just decided to let them simmer for a while.

Her new requirement doesn’t fit my process.  Therefore, I’ve elected not to do it.  Will I miss out on some activity.  Probably.  But I’ll work on other things.

Think of us like pirates.  Pirates that are really good at what they do.   I’ve never really known a pirate but I’ve seen the movies.  Pirates tend to get along with each other somewhat and there’s a kind of kindred spirit but deep down there’s some competitive itch that keeps them cautious.  They’ll get along and play together for a while but then there needs to be some distance.  They’re NOT going to follow your rules and will resort to doing what works for them.  You can’t change a pirate.

Reason number 2 to hate recruiters:  We won’t go away.  We’ll always be necessary.  You won’t terminate the occupation.

I read that two Russian astronauts had to string cables around the space station and set a record for a lengthy spacewalk.  Seems to me with all the robots and computers that we’d have the technology to run cable around a bulky spaceship using technology, not humans.

Yea. Yea.  It’s not the best example but that doesn’t matter any more than the continued effort to use fuzzy software technology to find a candidate who can put together complete sentences.  WHAT?  Companies and corporations everywhere are spending ba-zillions on high-fangled ATS (Applicant Tracking Systems) that can be very useful for parsing job requisitions, housing applicants, onboarding new hires, and monitoring metrics.

Super-slick salespeople peddling their ATS systems take the promise to a whole new degree when they confidently demonstrate how their system will deep-six the need for outside agency recruiters.   It won’t.

Reason number 3 to hate recruiters:  Rotten recruiters.  (“Anyone can do it.”)

Rotten recruiters make good recruiters more valuable.  However, the recruiting industry takes damaging hits from the idiots out there.

I have a client that I make an occasional placement with that utilizes six approved outside agencies.  At least for the other five, that means the HR contact works with solo recruiters from each of the agencies.  Well, well, well.  I have identified candidates, told them about the company and the positions, only to find out the candidate was sent to my client 18 minutes earlier by my competition.

Imagine that!  Recruiters firing off resumes that include the candidate’s personal information on it WITHOUT having spoke to the candidate.  This, indeed, is a horrible practice.  In fact, in my office, that’ll get you fired.

Hating on recruiters is good.

Only unsuccessful recruiters would be miffed by the sillier criticism and insults hurled at the outside agency recruiting agencies.  The way I see it, many will press forward to create something that will replace recruiters and headhunters but I’m quite confident it won’t happen in my lifetime.  Therefore, the haters will keep on hating.

So, to wrap up, that’s NOT arrogance you’re sensing.  It’s actually excitement.  Maybe it’s an excitement that you aren’t quite getting.  Maybe sort of a shallow and opaque level of excitement that gets that recruiter you’re working with talking at 10,000 miles per hour.

We know, for the record, that we’re serving you.  That’s never forgotten.  Don’t hate that part.

I cannot express how much I LOVE THIS Nehez.... :)

Good post. I honestly don't understand the anger out there. This is a weird time to be a recruiter.

Great Post.  left me with nothing to add which is a first.

Dear Mitch - what's the deal?  We all liked this one.

Here's the funny thing. I don't send in resumes wihout speaking to the candidate either but the recruiter who sent in the resume 18 minutes before you beat you, didn't she?

Great article. A very honest and frank look at the recruiting profession.

Stephen, I love it. I'm an engineer at heart and we typically bad mouth recruiters. I like that you seem like a good one, and thanks for being persistent :)