How many interviews is enough?... 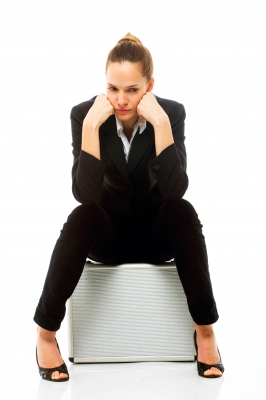 I’ve been stimulated by something I read earlier: – “Up to a few years ago, Google would have employees go through a 12 – 14 meeting process. This would result in dreadfully long staffing cycles, loss of top talent to competing internet companies and overall inefficiency when attempting to recruit employees in the masses.

In 2011, Google switched its recruiting approach to limit each applicant to 5 interviews. If Google can hire an engineer in 5 interviews, there is no reason why your firm should not be able to hire your sales and marketing personnel in 3 or 4″.

I can imagine the author of that right now. How did they keep a straight face?

The problem is far too many organisations see the recruitment process as a one way street. As long as they’re sure they’re sure, then all’s OK….

Trouble is the new recruit has a very different perspective. They see an organisation that’s indecisive. They see an organisation where the authority is shared around (That’s fine if you’re in the People’s Republic of China, although let’s face it, even that’s probably not how it works these days). And as so many people are involved, the decision-making process is long…long…long…..

The candidate gets bored.

The candidate buggers off!

Generally, and for almost all jobs it’s a three stage process:

This one can be run by HR and/or somebody who will speak the candidate’s language.

Assuming they pass this hurdle, invite them to:

This should be run by their boss-to-be. The two need to get to know each other. Ask all the good questions you like – just don’t ask rubbish one’s like these. Probe on answers you don’t understand. You could also throw in some role play to test their skills (but don’t ask somebody to sell you a pen. You can do better than that). See if the candidate has made any effort to do some research beforehand. Take notes – you’ll need these again at the next interview if they make it that far. You may want to make sure you make the best appointment you can, so take care.

If everything’s going swimmingly, get them to do an online psychometric. Read it after they’ve gone and assess if the person you’ve just interviewed is anything like the person described in the psychometric. DON’T take the psychometric as an absolute, just make sure it helps you remain objective. If you have any doubts, you can check them again if you decide to invite them back to:

The candidate’s boss-to-be should be there. Anybody else involved in the decision-making process should lead the interview. The b-t-b should ask some of the same questions they asked last time round. This helps reveal any chancers who winged it really well first time round (sales people tend to be rather prone to this), but can’t remember what they said before – this is why you took notes previously. If you’ve asked them to make a presentation, this is best done now. If you have a ready sense of humour, use it. If you don’t, DON’T! – or you’ll look like an arse. Make sure that whatever you tell them about the job and the organisation won’t fall in a heap on their first day. Deal with things as they are, not how you’d like them to be.

At the end, thank the candidate and tell them what happens next. DO NOT make the offer now – sleep on it. For one night only. Chat with your boss. Agree a plan and a start date and set up an induction programme. Make the offer (you’d  prepared this a lot earlier didn’t you?).

Don’t dither. Make sure the candidate feels they’re joining an outfit where things happen. Even if it’s true that you normally all take far too long to make a decision, make sure this is one moment when you break the habit. Engage the candidate in a positive process. They’re much more likely to say “Yes” when you make the offer if you do.

To learn the trouble with dithering, research proves it causes stress. Never a good place to go – it can be avoided!

14 interviews is daft on so many levels. Even 4 leaves the wrong impression. 2 and a screening will enable you to make some great decisions, and more candidates will be excited by the prospect of joining you than if you spent too long sucking your thumb.

And at the end, tell those who won’t get an offer that they won’t. You never know, you may need them in some way in the future, even as a customer. It’s the right thing to do. Get on with it.