Who, EXACTLY, is in charge around here?... 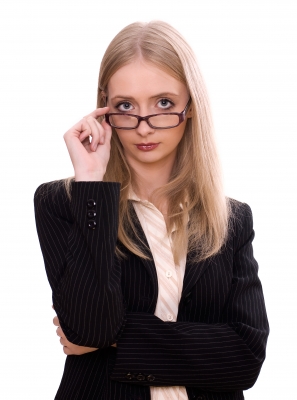 My previous post about the right number of interviews received a lot comments - some from people saying I should add an extra interview to allow for interviews for subordinates to help select their incoming managers.

My knee-jerk reaction was "This is bonkers". But I am an understanding and listening soul. These people may take me on a 'learning journey' (Have you heard enough from people talking about their 'journeys'? Me too). I even searched out for some blogs on the subject. Perhaps I need a more balanced view about how the world works?...

They make the case on three grounds as far as I can understand:

I thought about this for some while. I reflected.......

Firstly to respond to the three points above:

I cannot see one redeeming benefit of involving subordinates in the recruitment process. It would seem that some organisations looking for their most senior execs put candidates through a 6 or 7 interview process including a meeting with a spread of subordinates. In the unlikely event I was selected from such a process, my very first decision would be put a stop to this and save a fortune by making the HR department redundant en masse.

Despite lot's of flowery words from a lot of people who say that subordinates should interview their future managers, I don't get it on any level. I have found no evidence that it works (those who think about the world like this don't seem to be too objective), and no evidence that anybody has even looked for hard facts to prove their case.

Thanks, Martin. I'd like to see any evidence that having more than a couple o interview rounds (each lasting no more than 3 hours) with around 4-6 interviewers total is needed for effective hiring.

Hi Keith, I looked for it and couldn't find it. I reckon two and a half is plenty: http://www.recruitingblogs.com/profiles/blogs/how-many-interviews-i...

Yep. Martin, you and I (and I bet a lot of other folks, too) think so, but WHO KNOWS? You 'd think very basic questions like:

1_ How many interviews should you have?

2_How many interviewers should there be?

3_ How long should interviews take?

would have been thoroughly researched and answered DECADES ago, if only to the level of "We don't know what's best, but we do know this ISN'T" -level.

Martin, I ask  a simple question. What makes a subordinate any better at interviewing? Have they been trained? Do they know what pertinent questions to ask? What would they be allowed to say about the company? Interviewing candidates shouldn't be taken lightly and should be left to those that know how do it.

Wish I'd thought of asking that Jan. (I probably will when you're not looking)

@ Jan: If interviewing were left to those who could do it well, hardly anybody would be interviewed!