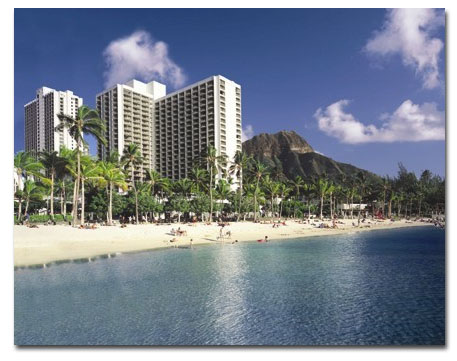 The Marriott Hotel chain is known for its large complexes and global enterprise, employing hundreds of thousands of people all over the world in hospitality positions from cleaning to management and tourism.

With revenue exceeding the $11 billion dollar mark, the red lettering logo is called home frequently by business and leisure travellers month in and month out and all year round by its host of enthusiastic and diverse employees.

What it’s less known for is it’s social media recruiting strategy, arguably the leading example of the effectiveness of social media recruiting in the entire world. The strategy is so effective, they outrank a number of large government departments, such as the US Airforce and British Army, as well as Facebook itself for engagement through a social platform!

How have they done this?

The answer is simple really but no less surprising: they’re being social!

It may surprise some readers to discover that Facebook’s recruitment page is not actually set up for Web2.0 interactivity. It’s attractive, yes, with clear benefits and information. It allows users to select the particular location they are interested in working in and read open positions currently available. An interested applicant can even apply directly to Facebook through the website (prepopulated with their facebook details of course) through a step-by-step process.

In other words … Facebook’s recruitment page is actually just a web page.

By comparison, Marriott Hotels – the largest Facebook recruitment page in the world – has 998,000 likes and 50,000 people interacting with the page every week.   That’s more than the equivalent of a third of their actual work force.  It is one of the most surprising ‘Leaderboards’ of the decade.

Here we’ve unpackaged the keys to Marriott Hotels’ success to get you away from the static webpage and into your own social media recruitment strategy:

Marriott aims to attract people who are interested in other people and service/hospitality jobs. The selection of Facebook as a platform, as opposed to Twitter or LinkedIn or Google+, was a deliberate move on the basis that the majority of their employee-types used the platform and would search for information through it. IT companies are having success with Twitter whereas professional services, such as lawyers and marketers are better found through LinkedIn.

When setting up your social media recruiting strategy, select your platform based on what your employee-types are most likely using.

Encouraging Dialogue on Brand and Culture Marriott’s Facebook recruitment page doesn’t just list available jobs; it showcases what it’s like to work at Marriott and actively encourages constant engagement.  Updates include celebration of company anniversaries and memorable events, congratulations to specific employees or teams for certain achievements along with photos and videos of life inside the hotels.  One post asked fans to guess which location the hotel in the picture was in, prompting hundreds of comments and even more shares.

Marriott realised that recruitment begins with a potential employee falling in love with your brand and aspiring to work in your organization.

The second step is to interact with your organization and enjoy it.  Their Facebook recruitment page is designed to facilitate this experience onto the next one of searching and applying for jobs.

‘MyMarriottHotel’ allowed players to virtually run their own hotel, hiring and firing employees, delivering food and cleaning rooms. The happier the guests, the higher the points. The game was more than just a fancy marketing tool. Marriott was working hard, engaging outside consultants, to actively connect with employees in the Indian and Chinese markets where they were struggling with a lack of talent. During research into the problem to identify solutions, it was discovered that young people in the 17-24 year old age group were moving to the city from the outside areas and using social connections, primarily through Facebook, to land new jobs. Many of them were spending as much as 8-10 hours a day on social games like Farmville.

The idea of a social game opening up the world of hospitality to a group of people who are used to earning less than the cost of a glass of coca-cola in a day was risky. If it failed, it would hit Marriott’s reputation and also had the potential of trivializing the work its employees were already doing.

After much research and testing however, the game was launched and became a huge success.

Well researched and thought through risks are worth taking. The social media space is new and has many undiscovered opportunities for engaging with an audience.

Now is the time to experiment and reap the rewards.

Whether Marriott first thought of the catchphrase ‘Where I Belong’ in response to the success of social media with their target group or if they focused on social media because of their core value of creating belonging is an interesting question. Either way, Marriott effectively ties one of its core values into their recruiting goals through the ‘Where I Belong’ campaign, encouraging current employees to upload a photo of themselves and a sign saying their name on a dynamic page of their Facebook platform. Marriott have realised that one of the greatest powers in recruiting is social connections between people.

Why do people hire headhunters? Headhunters have connections and know people who can get your job in front of the perfect candidate. The same effect happens with social media except on a much wider and perhaps shallower scale.

Connections between people don’t have to be tangible. A connection may come from seeing someone of a similar ethnic background or similar aspirations enjoying and championing your company.

Examples like Marriott Hotels show the power contained within social networks for finding the right people, whether it be waiters or executives. If you haven’t embarked on a social media strategy yet, now is the time to begin.

Want to meet the leaders in social media recruitment? Check out our infographic:

Great article. Actually, the ideas behind both the game and the "belong" campaign emerged from workforce research my firm Evviva Brands conducted with Marriott employees--and prospects--around the world starting in 2010. (We are the "outside consultants" you reference.) The idea for "My Marriott Hotel" came from hearing the same story in almost every market. Folks we spoke to would say, "I came to the big city to find work. I moved in with friends or family, then started networking."

Where did they network? Facebook, LinkedIn, the usual suspects. And when they weren't networking, what did they do? Played games. Lots of them. So that was one important piece of the puzzle. The other piece came to light on the last stop of the research trip. Looking out at Juhu Beach from the lovely JW Marriott in Mumbai, I saw a group of people on the beach just looking at the hotel. I asked a girl who'd been in an earlier focus group what they were doing and she said, dismissively, "oh, they're just staring at this place because they don't know what goes on here." That didn't make sense, so I went down to the beach to interview these folks.

I walked out the back doors of the hotel, past the pool, around a corner. I was sure there must be a beach exit somewhere. I found it, but it was a surprise. I had to get a badge, sign out, and be escorted down a set of stairs past a blast door. Outside the door, a small group of Indian Army soldiers were set up behind sand bags, guarding the hotel. And it suddenly dawned on me that what looked to me like a hotel looked to most everyone else like a fortress.That wasn't what Marriott wanted, of course. But with the recent terror incidents at the Taj in Mumbai and other hotels less recently, they couldn't be too careful. So it made great sense to solve the issue of access with a game. Marriott loved it, got great media response, and has continued to innovate in game development.

The "belong"campaign also emerged from workforce insight. I can't offer details on this campaign--they're proprietary--but I can tell you that the core ideas emerged from and were validated around the world-and that it's the most effective employer brand campaign in hospitality by miles.

I'm really proud of the team at Evviva Brands who did the research behind the work and did the game and creative development you've cited here. And of the fantastic partnership we've enjoyed with Marriott over the past several years.