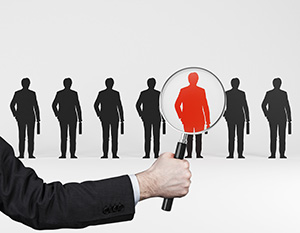 It used to be said that employers made up their minds whether or not to hire a prospective candidate within 5 minutes of sitting down to interview them.

It’s hard to say if this is true or not, but many people in positions with responsibility for hiring would probably admit that they had made appointments based on a “gut feeling” – simply whether or not they felt the person was the right fit for the vacancy.

Well, all that is changing. Taking on a new employee represents a huge investment for most companies, particularly in a managerial or professional role. A large proportion (40% to 60% by most estimates) of a company’s revenue goes on staff salaries. So in an age where everything can be measured, quantified and analyzed, it makes sense to put a bit more planning and strategic thought into the recruitment system.

Online recruitment platforms have been around for a while now, so have already provided us with a great deal of data. For example it’s very simple to find out what the average spend, in terms of time and salary, will be to hire an IT technician with 5 years’ on the job experience, in a particular part of the world, making it far easier to plan ahead and prioritize.

Employers long ago got used to carrying out ad hoc Google checks on candidates they are considering hiring, to find out if there were any skeletons in the closet which hadn’t come out during the application or interview processes. These days it goes a lot further than that – and we could find ourselves being rejected based on what we haven’t said, rather than just what we have said. A lively and engaged social media life is often seen as an indicator that a person is sociable and keen on communicating with others. The ideal candidate should be active on at least two social networks.

To this end, companies frequently make use of social recruitment platforms which rank users according to their social media influence. Particularly if you are looking for sales or marketing roles, it is a great way to show employers that you can network, make connections, and persuade people that you are worth listening to. A Social Hiring Platform is helping to take the guess work out of recruitment. Rather than relying on the famous “gut feeling”, those taking a more scientific approach to appointing staff are finding it leads to more suitable people who stay happy and on the job for longer. Just as importantly, candidates hopefully will no longer have to hope that they won’t be overlooked because the interviewer doesn’t like the tie they are wearing, or because they went to the wrong school.