Is A Perfect Storm Fueling the Contingent Workforce? 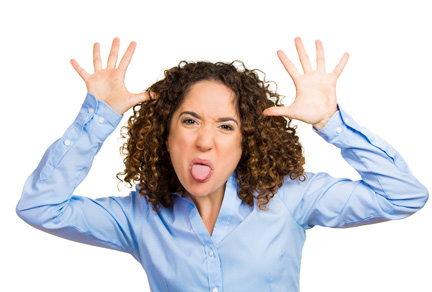 “Screw your cubicle farm!” The free agent nation is here.

In 2001, Dan Pink published a bestselling and forward-thinking business book titled Free Agent Nation: The Future of Working for Yourself. By all current reports, that future has arrived.

If the millennial generation will become predominantly free agents, how will this impact recruiting and HR over the next decade?

“Contingent labor is king," writes Russ Banham in the May issue of HRO Today Magazine. "According to a 2014 study by workforce solutions research and advisory firm Ardent Partners, which states that the contingent workforce will grow almost 30 precent in the next three years.” In the same publication, Nathan Gibson, vice president Payrolling & Independent Contractor Solutions at Randstad Sourceright warns, “With the increasing population of highly skilled self-employed workers, it is critical that organizations embrace the free agent movement and be prepared to meet the unique engagement needs and legal requirement to capitalize on this unique talent pool.”

At the recent HRO Today Forum in Philadelphia, Gene Zaino, president and CEO of MBO Partners took the stage and started throwing out numbers… BIG numbers. According to Zaino, there are  currently “17.7 million independent workers, with 24 million forecasted by 2018.”

After his presentation, I contacted Gene and recorded an interview for TotalPicture Radio, (you’ll find it in the Big Picture Channel). There are a few facts and statistics from the podcast I want to share with you.

I assumed that many of the “17.7 current independent workers” would be baby boomers, laid-off from high-paying jobs over the last six years, and unable to find comparable employment. Not true… According to Zaino, “80% of the people that considered themselves independent contractors, independent workers, did it because they chose to; only 20% did it because they were forced to.” And they’re not all baby boomers. “Today about 20% of the 17.7 million are millennials, but we believe that number is going to grow dramatically over the next five years.”

Second, companies are fat and happy but not sharing the wealth with their employees. There’s been a significant erosion of trust. “It turns out that 76% of companies are doing something that's further deteriorating the traditional safety net of employment,” Zaino continued, “increasing their healthcare premiums, increasing their out of pocket costs, doing an acquisition or reorganization, changing around the company, reducing their hours; and all of these things further deteriorate that traditional hire till you retire type of model.” Third is technology, and the low barrier-to-entry that exists today in starting your own business.

However, number four on Gene’s “perfect storm” list is a doozie.

“Fourth is the biggest, which is our government regulatory systems, the IRS, the states, they are funded by payroll. The biggest source of funding for our government is from the taxes that companies remit that are withheld from employees. As more and more of our population migrates away from traditional employment, our governments are really struggling, trying to figure out how do we keep those funds coming in, because even though independent workers are supposed to file taxes and pay taxes, there's not a good infrastructure to do that and certainly the IRS and states don't have the resources to audit every individual person; that would be just not practical. So there's this perfect storm where regulatory issues are being overly aggressive, in terms of trying to penalize companies that are using independent contractors and trying to reclassify them as their employee so that they could pay taxes.”

Makes for an interesting conversation, don't you think?

Thank you Peter - very interesting.  I am impressed by the high number of millennial in my mind that is where the "change" is really taking place.

Thanks, Peter. "Screw your FT, decently-paid, decently benefited 40/hr week job! I'd rather be constantly scrambling to put together 2-3 PT, free-lance, temp, low-paid, dead-end work to pay my student loan payments and so I don't have to move back in with my folks. That's FREEDOM, Baby!"

Thanks Keith. I don't disagree with your perspective at all -- I'm just reporting on a trend -- and an observation i have of knowing many people (especially in their 40's and 50's) working contract/contingency because employers won't hire them FT.

Thanks, Peter.I agree. I'm afraid we're becoming a multi-tiered society, where one tier has regular FT, decently -paid, well-benefited jobs ("white market"), another scrambles to put things together as I described above "(gray market), and a third tier which is basically shut out or at least very marginalized ("black market"). This tendency will be increased both by the political activities of the people at the top who stand to benefit from this ( having cheap, anxious/demoralized, weak labor), and societal/technological trends like increased automation/job elimination of many existing lower-middle class jobs (retail, transportation, clerical). I really want to be WRONG about this....